New York Times Facades on 1,400 Buildings in New York Are a Threat to Pedestrians by Mattew Haag

New York Times
Facades on 1,400 Buildings in New York Are a Threat to Pedestrians
Mattew Haag

The warning from the New York City building inspector was blunt. The facade of the apartment building in the Bronx was crumbling and a corner was separating. The playground outside a day care center in the building had to close immediately.

That was in 2001. Nineteen years later there is still a three-foot gap in the brick facade and the playground, for the center’s 50 children between 2 and 4 years old, is still off limits. 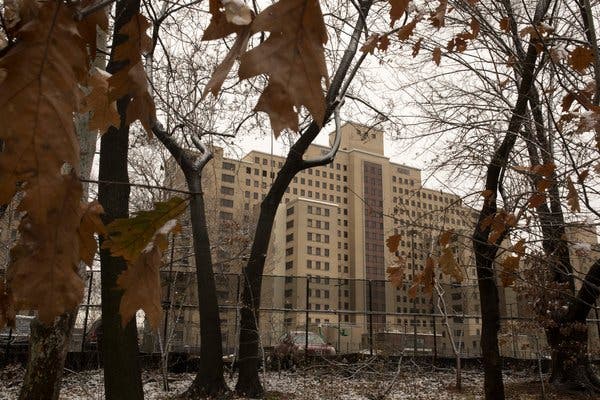 “There is a real problem here and we need to do something before another life is lost,” said Councilman Ben Kallos, chairman of the City Council’s contracting committee. Mr. Kallos, a Democrat, says he plans to call on Monday for a Council hearing regarding Acacia’s practices. “One of the hardest problems is that the people in these shelters and making these reports are those who the system and society might not treat as credible,” Mr. Kallos said. “But in light of what happened yesterday, that seems less and less the case.”

“Everyone in the city who cares about the cultural identity of their neighborhood should be watching Yorkville as a warning sign,” said City Councilman Ben Kallos, a grandson of Jewish Hungarian immigrants whose district includes Yorkville. “The last thing a residential neighborhood needs is more glass towers for billionaires.”

New York Times A ‘Climate Emergency’ Was Declared in New York City. Will That Change Anything? by Anne Barnard

New York Times
A ‘Climate Emergency’ Was Declared in New York City. Will That Change Anything?
Anne Barnard

New York City, the world capital of ambition, has never been shy about grandiose declarations. The City Council has passed or proposed resolutions demanding world peace, banning a racist slur and condemning all manner of federal policies where city government has no actual say.

But for a growing global network of activists seeking to change the way the world talks about climate, the city’s sweeping resolution in late June declaring a “climate emergency” is a major victory.

New York Times The Private School vs. the Radical Priest by Alex Vadukul

Council Member Ben Kallos represents the Upper East Side of Manhattan. The 168,000 residents in his district, the second largest in the city, mostly live in high rises. Mr. Kallos has proposed a measure that would mandate the mayor’s Zero Waste initiative to include targets and updates. The measure failed, and the effort to bring residential composting to his district has been frustrating, he said.

“We’ve worked with a number of residents and buildings to get composting,” Mr. Kallos said. “But I’ve yet to hear of any successes. I’ve never seen any brown bins in my district and I’d be surprised if there are any.”

Thousands of commuters were stranded outside the Port Authority Bus Terminal in Manhattan, the busiest bus station in the country, after more than 1,100 scheduled buses were canceled. The line of people stretched a full city block.