The 5th Council District covers all of Roosevelt Island and in Manhattan begins on 54th Street running North to 100th Street with an Eastern border of the East River and a Western border that follows 2nd Avenue from 54th Street to 79th Street, extends to Lexington Avenue from 79th Street to 96th Street with the inclusion of 9 blocks of El Barrio from 96th to 100th along Park Avenue stretching East to 3rd Avenue, and 2nd Avenue between 96th and 97th Streets. 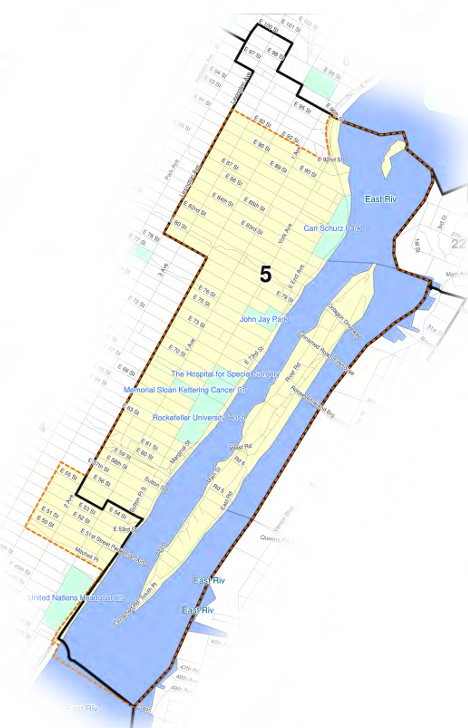