Annual Report: 6 and a Half Years as Your Council Member

Now more than ever, government must be accountable. Throughout this year’s global pandemic, we have continued to make our office available by phone and online in order to best serve the district during these toughest of times. We have also sought to honor routines like First Friday, the publishing of our monthly newsletter and of course this annual report.

This year, we're only highlighting concrete achievements, so important issues might be missing, but that only means we've got more work to do. None of these accomplishments would have been possible without you and with just under 18 months left in my final term in the Council, I hope we can use the precious time we have left to continue our collaboration.

As a proud graduate of our public education system and the Bronx High School of Science, I believe in giving every child a world-class education. We've opened 900 new pre-kindergarten seats and secured 824 new school seats for the Upper East Side and Roosevelt Island. We've invested $6.5 million in STEM education, rebuilt our schools, and are building new gyms and green roofs for schools. We've held an annual Student Art Show at Sotheby's, passed legislation authored by middle-school students to support LGBT peers, passed a law to put GPS on school buses, and ended hunger in school by making school food free.

New York City has emerged as a biotechnology hub as we cut the ribbon on a new half-billion-dollar campus expansion of Rockefeller University and the brand new Cornell Tech on Roosevelt Island. We've opened new schools, renovated libraries, and supported the Excelsior Scholarship to make city and state public college tuition-free. As we seek to bridge the digital divide with universal broadband, we fought alongside now-New York State Attorney General Tish James and won low-cost high-speed Internet for low-income families and seniors.

The fight for more affordable housing and against overdevelopment has been tough, but we have made significant strides. Hundreds of thousands of affordable homes will now be available for re-rental thanks to a law I wrote, with 6,000 affordable homes built or preserved on city land under my oversight and 1,000 affordable apartments built or preserved in my district alone. We’ve also made significant progress stopping the march of supertall towers from billionaires row by winning the first-of-its-kind, community-led rezoning of the Sutton Area, though we continue to fight one building in court. We’ve gone on to rezone residential neighborhoods throughout the city to stop the construction of buildings with empty voids that only serve to give billionaires better views. We’ve taken on construction to count every life and even turned down the volume on after-hours construction.

The corrupting influence of money in politics has been ever-present as we fight big money interests on behalf of residents like you. That’s why I authored the new public campaign finance system to get big money out, weakened the influence of lobbyists, and authored the law to outlaw most outside income making the City Council a full time job. I even refused tens of thousands in cash payments, which the Daily News called “legal grease,” then authored the law that ended the corrupt practice. Taken together I hope to make scandals like Rivington a thing of the past with elected officials who work for you.

We’ve taken every chance to bring structural change to our government as I proposed amendments to our city’s Charter that voters overwhelmingly passed, including campaign finance reform along with term limits and urban planners for Community Boards in 2018 as well as ethics reform and budget independence for the Borough President in 2019. We also put the budget online so you can see how we spend every penny.

We've focused on public health with laws to take on Legionnaires' disease and fast food contributing to childhood obesity, and we've worked to connect New Yorkers with the benefits they need automatically. When the Covid-19 pandemic started, we opened 550 new hospital beds in district, launched a supply clearing house, supported testing, and we continue distributing masks, sanitizer, and food.

I believe in climate change and evidence-based governance. That's why I authored and passed a resolution making New York City the largest city on the planet to declare a climate emergency. The following year the Mayor adopted our ban on the sale of single-use plastic bottles in parks. Through our Grow NYC Fresh Food Box, we have provided access to healthy, locally sourced sustainable farm-fresh produce.

When I promised to clean up, I was focused on corruption in government, but that didn't stop us from putting a new large covered trash can on every corner or power washing our sidewalks. We've opened supportive housing to help the homeless. We fought the Marine Transfer Station, and though it opened to fewer trucks than expected, I still believe that it does not belong in a residential community.

Commutes have improved. Thanks to the vigilance of Congresswoman Carolyn Maloney we finally opened the Second Avenue Subway. We also added new transit options including ferries, bike share, and faster buses through Select Bus Service. As part of Vision Zero, we invested in infrastructure to make our streets safer and launched a bike safety program that made it safer to be a pedestrian.

None of this would have been possible without you, your support, my team, and fellow residents who stepped up to join us in our countless fights.  We've got at least another 17 months to go, so let's make them count!

P.S. as we seek to prioritize in our remaining time, please share what's important to you at BenKallos.com/priorities-2020

BUILDING THE FUTURE OF SCIENCE AND TECHNOLOGY THROUGH PUBLIC-PRIVATE PARTNERSHIP

FIGHTING FOR AFFORDABLE HOUSING AND AGAINST OVERDEVELOPMENT

"I am pleased to report that thanks to your work and more importantly the great recyclers in your community, the amount of refuse processed at the MTS will be lower than anticipated during the planning process," Garcia said in a letter.

City Councilman Ben Kallos said the reduction of truck traffic on the Upper East Side is a positive sign that the city may scrap the plan entirely.

"We've spent four years fighting the Marine Transfer Station and pushing for a smarter way to handle our city's waste, which is already paying off with a 25% reduction in trucks and trash," Kallos said in a statement. "We must continue our fight to stop the Marine Transfer Station from opening, if it opens see it closed, and spend every moment reducing waste through diversion, such as reusing, composting and recycling."

Our Town A kinder, gentler, cleaner dump by Douglas Feiden

The garbage depot on the East River, one of the most reviled projects on the UES, may not be quite as dreadful as feared — but just-revealed sanitation truck routes will stress out plenty of neighbors

The mountains of trash that will be hauled to the East 91st Street Marine Transfer Station when it opens in 2019 have been dramatically reduced, new data from the city's Department of Sanitation shows.

Municipal garbage trucks will still thunder across the Upper East Side as they travel to and from the MTS — but the size of the planned fleet will be sharply scaled back, according to DOS projections.

In a January 25 letter sent to East Side elected officials, Sanitation Commissioner Kathryn Garcia summed up the bottom line: “This is not the East 91st Street Marine Transfer Station of years ago,” she wrote.

The missive, provided to Straus News by East Side City Council Member Ben Kallos, who has long battled to kill the project, is perhaps the only good news the MTS has generated since it was first proposed in 2004.

“Thanks to your work — and more importantly, the great recyclers in your community — the amount of refuse processed at the MTS will be lower than anticipated during the planning process,” Garcia wrote.

Flash back to 2003, when then-Mayor Michael Bloomberg initiated the planning for a facility that would process all residential waste from Community Boards 5, 6, 8 and 11 — an area bounded by 14th Street on the south and 135th Street on the north, Eighth Avenue to the west and the East River to the east.

“Over the next few years, however, as the remaining stations begin to operate, the city’s per-ton waste export costs will likely continue to be higher than the existing short-term contracts they replace.”

Our Town Waste Hauling Rules Could Change by Madeleine Thompson

Councilman Ben Kallos said he has written a letter to DSNY Commissioner Kathryn Garcia requesting more information about the plan.

“The big concern that many constituents have is whether or not commercial carters as part of a franchising system would be required to dump in the neighborhoods that they pick up, or whether they might use this marine transfer station to force all the private carters who have franchises for Manhattan to dump on the Upper East Side,” Kallos said.

Manhattan Borough President Gale Brewer and City Councilman Ben Kallos, who both showed up to the vigil, spoke against the marine transfer station, saying it would only worsen the situation.

"People in the community pass on, but it should not happen because of bad public policy," Brewer said about the marine transfer station.

"The tragedy of all of this is that it won't be one private garbage truck, but hundreds an hour, driving through the side streets of the neighborhood, where they don't belong," Kallos added. "How many more deaths will it take? We need to make sure Jodi McGrath is the last person this happens to."

UPPER EAST SIDE — A local community board is making a last-ditch attempt to control the impacts of a planned marine transfer station on East 91st Street and York Avenue — after years of opposition from residents failed to stop construction from starting altogether.

The Marine Transfer Station Task Force was created as an attempt to halt the project, which seems to being going full steam ahead despite much objection from the community, according to Community Board 8 chairman Jim Clynes. 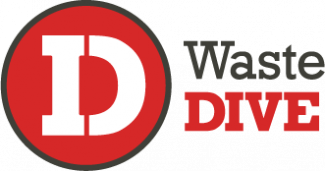 "We're going to see hundreds of trucks coming into residential neighborhoods," he said. "We're looking at knowing [pollution levels] on an hour to hour, day to day basis because there are 35,000 children playing in a park near this garbage dump."

Building state-of-the-art marine transfer stations, with the extra step of cranes putting containers onto barges, has become very expensive. The total construction cost for these stations is approaching $1 billion.

"The day the Solid Waste Management Plan was passed in 2006 it was already obsolete," says Council Member Ben Kallos, who represents the neighborhoods around the 91st Street MTS.

He has joined a long line of local politicians that have taken up the cause. In a March 25 preliminary budget hearing at City Hall, he grilled DSNY Commissioner Kathryn Garcia over rising construction costs.