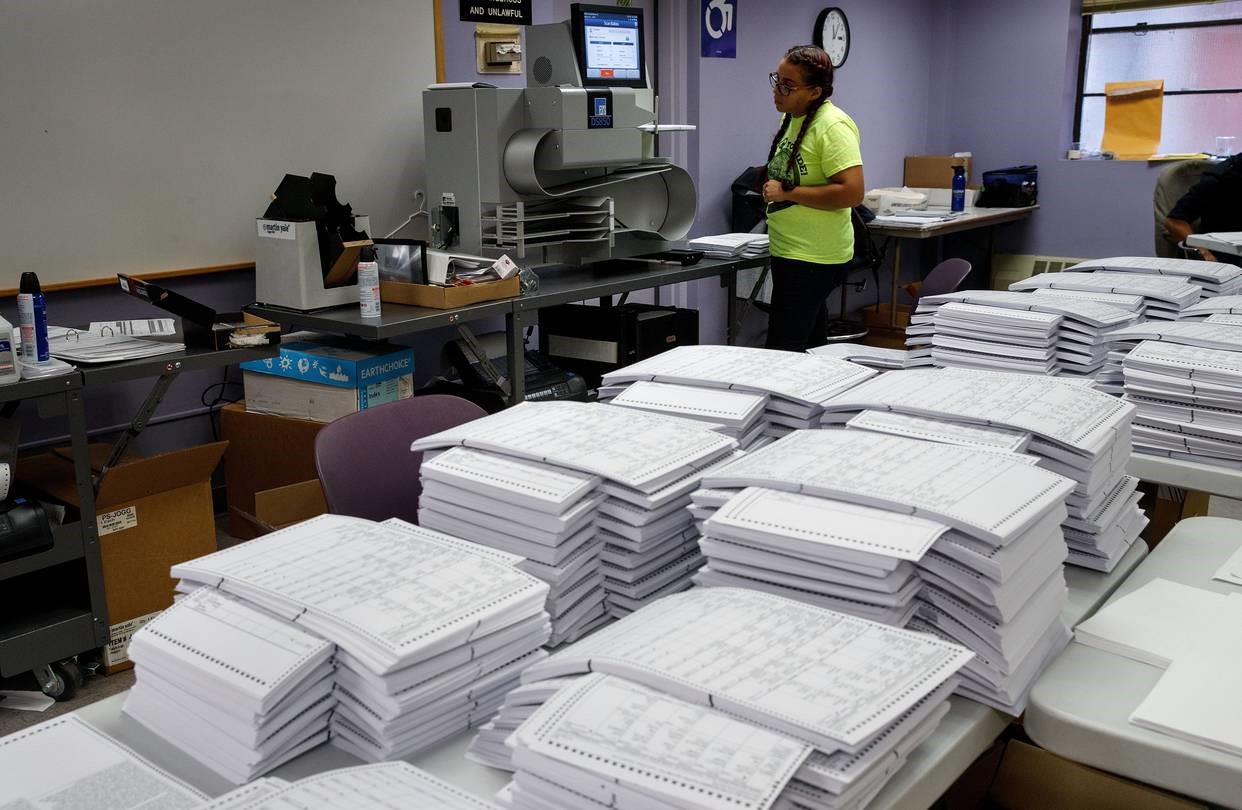 Test ballots at a Board of Elections warehouse in the Bronx on Thursday. PHOTO: DREW ANGERER/GETTY IMAGES

Months after thousands of voters were wrongfully removed from the rolls, New York City officials said they have lingering concerns about the Board of Elections and plan to keep a close watch on Election Day.

“We are concerned that the board’s infrastructure may not be able to deal with turnout in an election like this,” said City Comptroller Scott Stringer, a Democrat, referring to the expected high turnout for the presidential election Tuesday. “I’m hoping for the best.”

More than 117,000 Democratic voters in Brooklyn were wrongfully removed from the rolls ahead of the presidential primaries in April, prompting widespread concern over the competence of the board.

Michael Ryan, the board’s executive director, has said the purge was a mistake and those voters have been returned to the rolls. After the purge, two board officials were suspended. Mr. Ryan said those officials are still suspended, but that he doesn’t have the authority to fire them.

In a phone interview, Mr. Ryan said the board is ready for the general election, which also includes races for U.S. Senate, U.S. House and the New York state Legislature. He said the board expects from 2.2 million to 2.3 million voters.

“We always have some little things we need to attend to the day before Election Day, but we’re on track to be in very good shape on Election Day,” he said.

The Lawyers’ Committee for Civil Rights Under Law, a national civil-rights nonprofit based in Washington, D.C., believes the city is continuing the wrongful removal of voters from the rolls, said Kristen Clarke, the group’s president and executive director. Mr. Ryan declined to respond to the allegation. 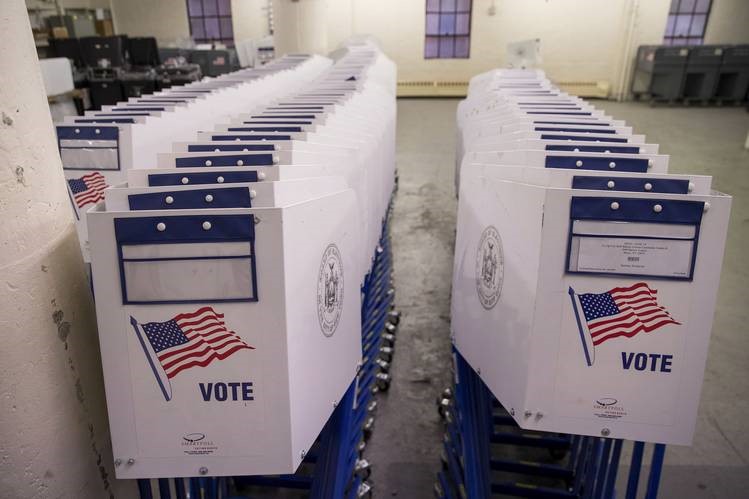 Voters also have also complained about broken ballot scanners, scantily staffed poll sites and long lines during the presidential primaries. In April, some voters said their poll sites had been moved without notice.

Mr. Ryan said he believes many of those reports were exaggerated. He said voters can avoid long waits by casting their ballots during work hours, if possible.

Concerns over the board grew last month after Alan Schulkin, a board commissioner, was secretly recorded by the conservative website Project Veritas saying Mayor Bill de Blasio’s city identification program was facilitating voter fraud. Mr. de Blasio said the claims were false and called on Mr. Schulkin to resign.

Mr. Schulkin, who doesn’t serve at the pleasure of the mayor, has declined to step down. Mr. Schulkin didn’t return a request to comment through a board spokeswoman. Mr. Ryan said there is no evidence of widespread fraud.

Eric Phillips, a spokesman for Mr. de Blasio, a Democrat, said while the mayor had confidence in the integrity of the electoral system, the presidential election would be a test of the board.

“We will be watching very closely how it performs,” Mr. Phillips said.

U.S. Rep. Nydia Velázquez, who represents a swath of Brooklyn, Queens and lower Manhattan, said she isn’t confident her constituents would be able to exercise their right to vote.

Ms. Velázquez, whose district was disproportionately affected this spring by the removal of voters from the rolls, said the board has been able to escape greater scrutiny because of a Supreme Court court decision that allows certain states and counties to change their voting procedures without first getting permission from the federal government.

“No one is watching all the places where there has been a systematic discrimination when it comes to voting, including in my district,” Ms. Velázquez said.

The board has 10 commissioners who are nominated by political parties in each borough and confirmed by the City Council. 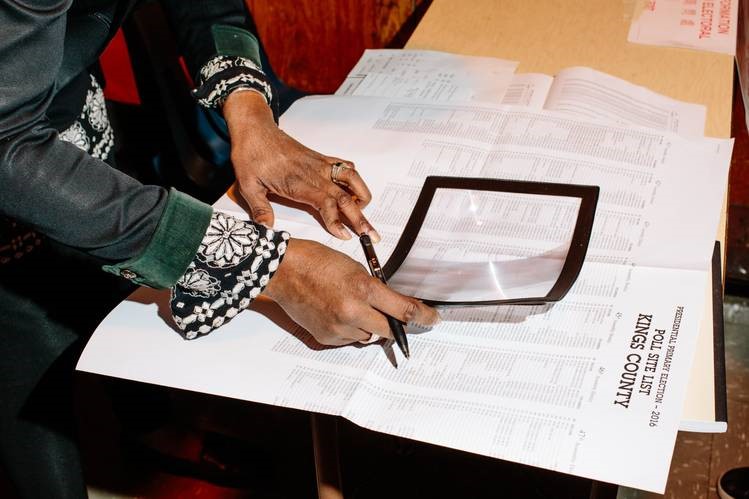 A polling volunteer checked in voters at the PS 321 polling location in Brooklyn on April 19. PHOTO: ADRIENNE GRUNWALD FOR THE WALL STREET JOURNAL

Councilman Ben Kallos, a Manhattan Democrat, and others have said the board should be nonpartisan. Political parties hold too much sway in the appointments, he said.

“At the end of the day when you have an institution run by patronage, where people are there because of who they know and not what they know, I will never be confident that they will be able to run a smooth election,” said Mr. Kallos, who leads a council committee that has oversight of the board.

Mr. Stringer described problems with the board as “outrageous.” He said his office would deploy staff members to poll sites to monitor voting as part of an audit he opened into the board in April.

“The Board of Elections operates in a bygone era,” Mr. Stringer said. “We need to professionalize the board and create a nonpartisan body. Voting is at the heart of our democracy.”

In the past several weeks, some voters reported having trouble obtaining absentee ballots at Board of Elections offices citywide, even though they were supposed to be available at those locations under state law.

Earlier this week, the board’s voter call center was briefly down because of technical problems, an issue reported on Monday by public radio state WNYC.