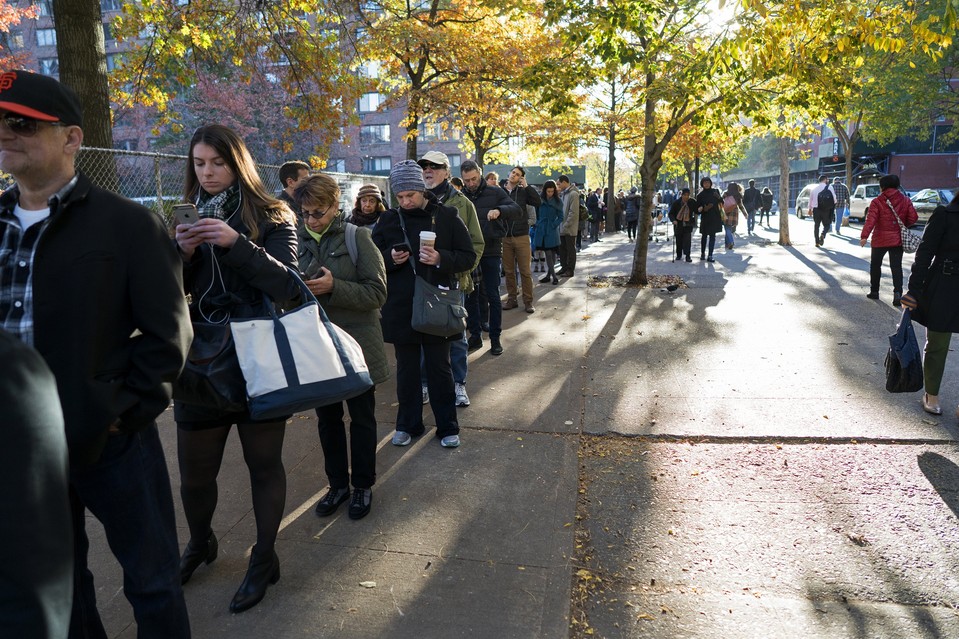 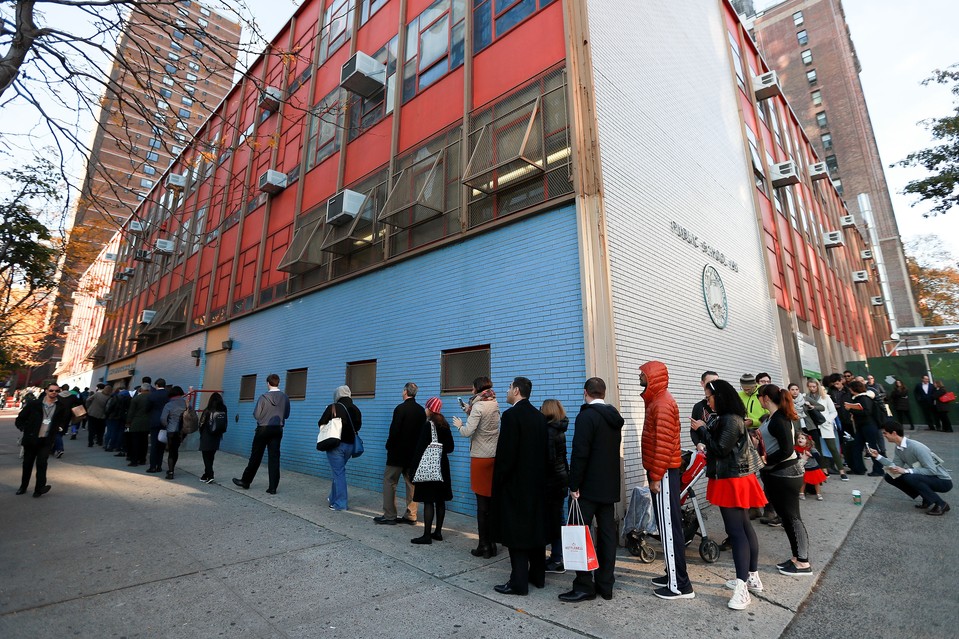 Even before dawn broke in New York City on Tuesday, the lines of voters stretched down the block.

With reports of high voter turnout, some voters in Manhattan, Brooklyn and Queens said they waited hours to cast their ballots. Officials reported broken scanner machines and confusion at some polling sites.

“There were massive, massive lines and fire-code issues because so many people couldn’t get inside,” said Councilman Ben Kallos, a Manhattan Democrat, referring to a polling site on the Upper East Side.

Still, early indications showed that the city’s Board of Elections had fewer problems Tuesday, compared with the presidential primaries in April.

By early afternoon, there were no reports of widespread disenfranchisement as there had been in April, when more than 117,000 voters in Brooklyn found their names wrongfully removed from the rolls.

In some spots voting seemed to go off without a hitch. Voters in the Cobble Hill and Park Slope neighborhoods of Brooklyn said they waited 10 minutes or less to vote.

“The lines are inexcusable, but they may not be worse than they are in the past,” said Neal Rosenstein, an election monitor at the New York Public Interest Research Group, a nonprofit.

A spokeswoman for the state attorney general said about 650 voter complaints were received. They included widespread problems with scanners in New York City, “extraordinarily long lines,” and “misinformation from poll workers.”

‘The lines are inexcusable, but they may not be worse than they are in the past.’

A spokesman for city Comptroller Scott Stringer, a Democrat, said the office received 100 complaints as of 6 p.m.

A Board of Elections spokeswoman said officials were analyzing how voting was going in the city, declining to comment further.

On Roosevelt Island, Kim Moscaritolo, a district leader, said the machines were broken and voters had to cast ballots by hand, leading to some anxiety.

At a school in Manhattan’s Inwood neighborhood, Rafael Rodriguez, the coordinator of the polling site, said Tuesday that the Board of Elections didn’t deliver some materials, such as tables and chairs for volunteers and signs directing voters, to the entrance of the polling site.

Mr. Rodriguez said he reminded the board on Monday that he hadn’t received the supplies, and someone from the board told him the materials would be delivered.

“And,” he said, “they were never delivered.”

Some problems appeared to stem from heavy turnout. Evan Stavisky, a political consultant, said he usually jokes on Election Day that “turnout is ranging from light to heavy.” But in New York City this year, he said, “it is ranging from very heavy to extremely heavy.”

At noon outside a school in Long Island City, Queens, voters were waiting around the block, for some an hour after showing up.

“Crazy crowded,” said Councilman Jimmy Van Bramer, a Queens Democrat. “And they ran out of ‘I voted’ stickers, which is a big thing.”

Mr. Van Bramer said he was the 530th voter in his election district at 8:30 a.m. “I never expected so many people would have already voted,” he said.

In Manhattan, voters said they waited as long as 45 minutes to cast their ballots at an elementary school in the Chelsea neighborhood. The line to get into the location snaked a full block from Ninth Avenue to 10th Avenue. “I’ve never seen it this long,” said Chelsea resident Christopher Papernik, 44 years old, after he voted.

To fix the problems, Mr. Rosenstein said, the state Legislature should pass early voting in New York City, a policy change that Mayor Bill de Blasio, a Democrat, said he would advance.

“We salute the hard work of the many workers for the Board of Elections, but the system itself is cheating voters,” Mr. Rosenstein said. “This has been a chronic problem, but these are the same problems we see in New York every election.”