The city’s restaurant industry has struggled since the pandemic hit in March and lockdown restrictions were enacted to stem the spread of the virus.

The New York City Council is considering several bills that would aid restaurants as they try to recover from the economic hit brought on by the new coronavirus pandemic, including one that would make sidewalk and curbside street dining permanent.

Mayor Bill de Blasio announced in July that the Open Restaurants program, a key feature of the city’s effort to support restaurants financially during the pandemic, would be extended until Oct. 31. The program allows restaurants and bars to expand outdoor seating in sidewalks, city streets and parking lots to increase revenue while maintaining social-distancing guidelines intended to curb the spread of the virus.

As part of the legislation introduced by City Councilman Antonio Reynoso, restaurants and bars would also be allowed to use propane heaters, which are currently banned in New York City. The Department of Transportation would also be required to set up an online application process that can be used by restaurateurs to certify their establishments for outdoor dining, according to the bill.

Mr. Reynoso said in an interview that an outdoor heating system would help restaurants adhere to safety measures in colder months if they aren’t able to expand indoor dining at full capacity. “We wouldn’t have to feel pressured to expand capacity indoors and risk the general public’s health if we can maintain outdoor dining,” Mr. Reynoso said.

Mr. Reynoso, a Democrat who represents neighborhoods in Brooklyn and Queens, said that it is still unclear how the safety of the propane heaters would be regulated but the City Council will discuss details during the bill’s hearing next Wednesday. 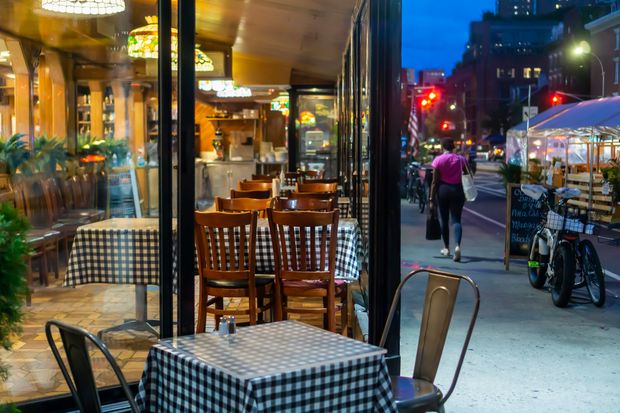 Currently, the city only allows pickup and outdoor dining at restaurants.

“What we don’t want is businesses waiting for the Fire Department of New York to show up and approve a permit for the heating, which could take several months,” Mr. Reynoso said. “We want everything ready to go before Oct. 31 so that there’s no suspension of business while we’re trying to figure it out.”

The city’s restaurant industry has struggled since the pandemic hit in March and lockdown restrictions were enacted to stem the spread of the virus. At least 2,800 small businesses in the city closed between March 1 and July 10, including about 1,289 restaurants, according to an August report by New York City Comptroller Scott Stringer.

Last week, the City Council approved legislation that would allow restaurants to add a 10% Covid-19 relief fee to diners’ bills. Mr. de Blasio has said he intends to sign the legislation into law.

Councilman Ben Kallos on Wednesday is expected to introduce two additional bills intended to support small businesses during the pandemic. The first one would streamline the process for restaurants to obtain a sidewalk-cafe license or renew one if it was previously approved. It would also allow for licenses to be transferred if the establishment undergoes a change of ownership. 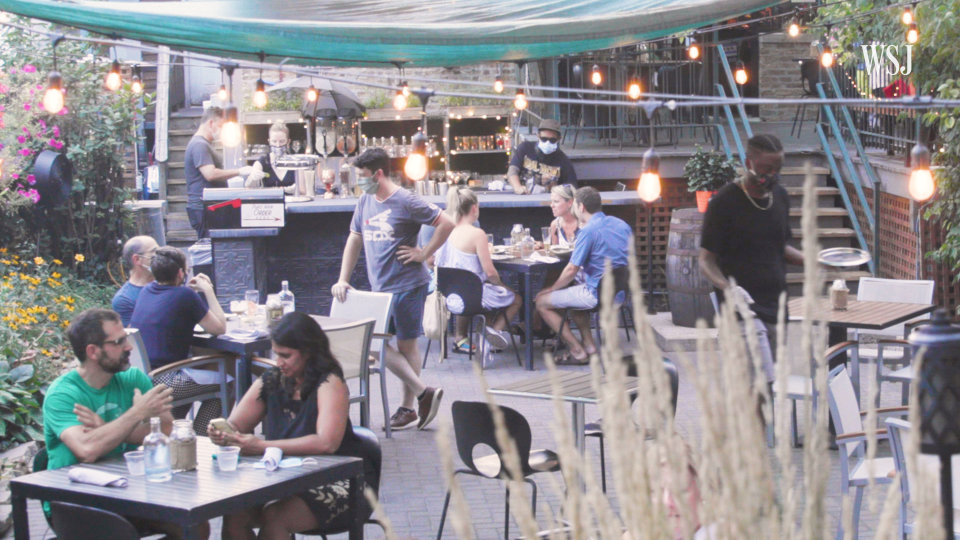 About 90% of the Duck Inn’s current revenue comes from customers enjoying socially distant table service in their outdoor seating area. Especially in places like Chicago where temperatures drop below freezing, it’s one of many restaurants grappling with how to prepare for and survive winter. Photo: Nicolas Silva for The Wall Street Journal

Mr. Kallos, a Democrat who represents parts of Manhattan, also plans to introduce a bill that would establish a low-interest small grants and loans program that would provide restaurants with up to $250,000 in funds to bring their restaurants into compliance with the Americans with Disabilities Act, or ADA. Mr. Kallos said the funds could be used for infrastructure changes, as well as ventilation improvements and other public health measures to assist those who are at greater risk for developing serious complications of the coronavirus.

“Accessibility can be a challenge because there are so many old buildings that were built prior to the ADA,” said Andrew Rigie, the executive director of the city’s hospitality alliance, a nonprofit association representing restaurants and nightlife establishments. “This bill could provide the much needed support to assist them in becoming more accessible.”

Jake Dell, the owner of Katz’s Delicatessen, one of the city’s oldest eating establishments located on Manhattan’s Lower East Side, said that a permanent outdoor-dining program would certainly help restaurants with optimal outdoor seating space, but that isn’t the case for all eateries.

“The reality is, we have winter coming up,” said Mr. Dell. “Making outdoor dining permanent is nice, but when we get to winter it’s not going to help anyone. Do you as a consumer want to eat outside when it’s 20 degrees and snowing?”