Wall Street Journal
Head of the NYC Campaign Finance Board Is Stepping Down
Mara Gay
http://www.wsj.com/articles/head-of-the-nyc-campaign-finance-board-is-stepping-… 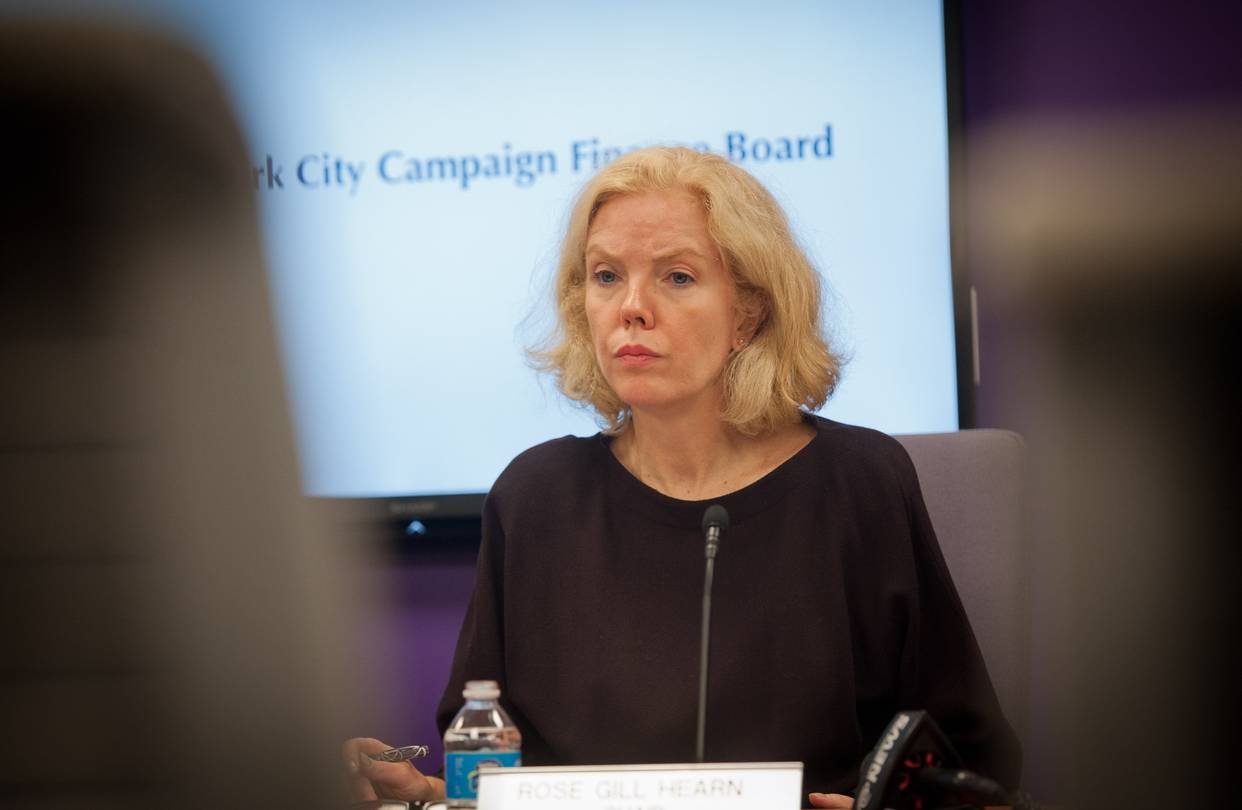 Rose Gill Hearn, chairwoman of the New York City Campaign Finance Board, plans to step down in December, leaving an opening at the helm of the nonpartisan agency ahead of next year’s city elections.

Ms. Gill Hearn, a former federal prosecutor, said she is resigning from the unpaid position because of her primary job as a principal at Bloomberg Associates, a consulting firm founded by former New York City Mayor Michael Bloomberg to help city governments around the world.

“My increasingly heavy work schedule no longer permits me to devote the time warranted for the important activities of the board,” Ms. Gill Hearn, 55 years old, said in a statement.

Ms. Gill Hearn said she would step down at the end of this year, according to a resignation letter, dated Sept. 23, that she sent to Mayor Bill de Blasio.

Her coming departure creates a vacancy at the board, which is responsible for overseeing the city’s campaign-finance system. The board matches low-dollar contributions from donors with public funds.

Every elected position in New York City government—including mayor and all 51 seats on the City Council—will be on the ballot next year.

The top position on the Campaign Finance Board, a five-person panel, is appointed by the mayor to serve a five-year term, which means Mr. de Blasio has the power to choose Ms. Gill Hearn’s successor after consultation with the council speaker. Mr. de Blasio, a Democrat, is running for re-election next year and is expected to accept public funds from the city’s campaign-finance system.

Gene Russianoff, a senior attorney at the New York Public Interest Research Group, a civics organization, described the job as “the most important ethics position in the city.”

Mr. Russianoff said Mr. de Blasio should be especially prudent about vetting anyone under consideration for the position because of themultiple probes by federal and state investigators into his fundraising activities. Investigators are looking into whether Mr. de Blasio traded contributions for government action, people familiar with the matter have said; he has denied any wrongdoing.

“It needs to be very carefully done because this is a mayor who is under many investigations,” Mr. Russianoff said. “My advice is: no campaign staffers.”

Ms. Gill Hearn was appointed to the post by Mr. Bloomberg in December 2013. She served in Mr. Bloomberg’s administration ascommissioner of the Department of Investigation from 2002 to 2013.

Councilman Ben Kallos, who heads the committee on governmental operations, said he hopes the mayor will appoint “a person of stature who can stand up to any elected official and any candidate, who is nonpartisan and nonpolitical.”