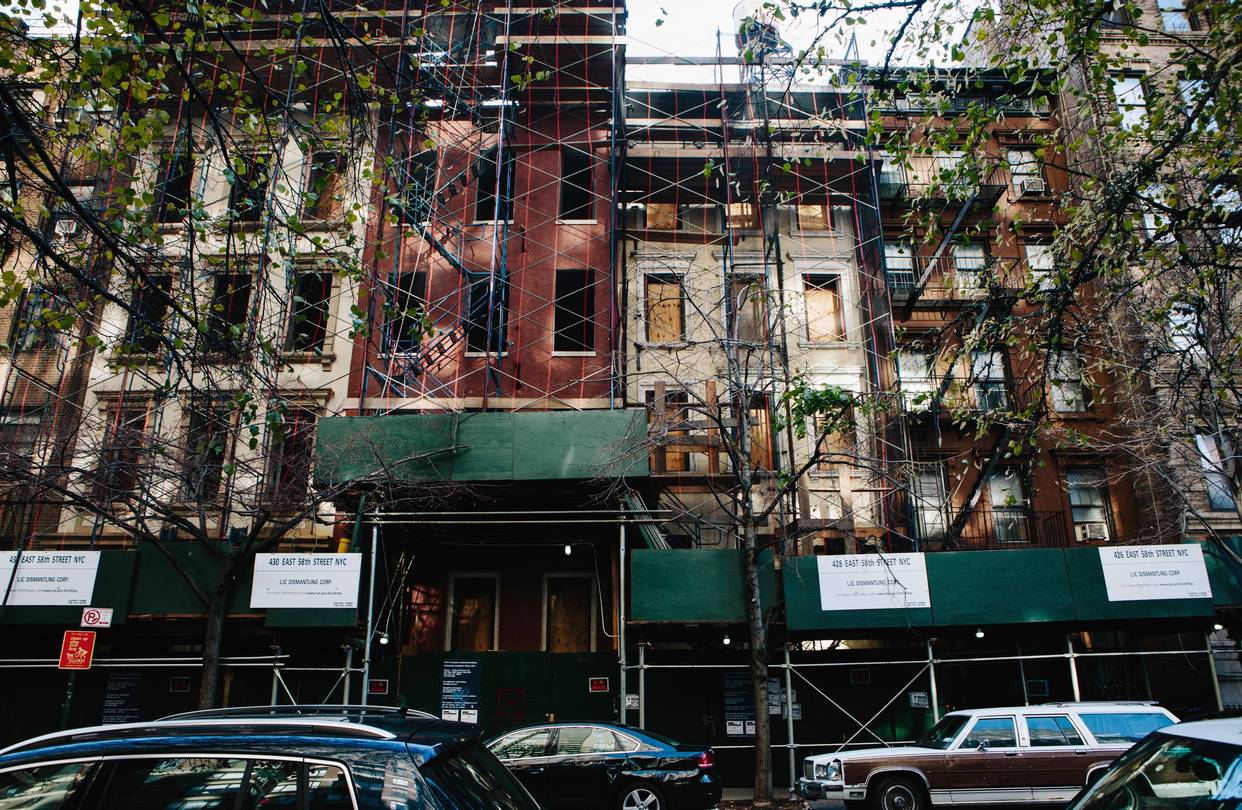 A residential building, at 426 E. 58th St., is next door to the tower site. PHOTO: ADRIENNE GRUNWALD FOR THE WALL STREET JOURNAL

Community groups are organizing to delay and shrink a proposed 950-foot tower on Manhattan’s East Side, even as the site is headed for a court-ordered auction in December.

Last Monday, a bankruptcy judge ordered the sale of the East 58th Street site, assembled by Joseph Beninati’s Bauhouse Group. But the community groups, along with elected officials, are hoping to delay the project until a new zoning plan limiting building heights can be put into effect.

The plan, which the groups and officials said they were ready to formally propose to the City Planning Commission as early as this week, calls for buildings in the neighborhood to be no taller than 260 feet.

“I want to stop the march of 1,000-foot towers into residential neighborhoods,” said Councilman Ben Kallos, a Manhattan Democrat who is supporting the zoning change.

The groups hope it is approved before development work begins at the site. The proposed change also could discourage bidders at the auction, which was ordered by the court following a dispute between Bauhouse Group and its lenders, led by N. Richard Kalikow.

The zoning change isn’t the only hurdle the project faces. On Wednesday, the Department of Buildings blocked a permit needed to complete demolition of the site, after conducting an audit requested by Mr. Kallos.

The delay is a further setback, since the demolition was intended to enhance the site’s value to potential bidders.

The permit application, submitted as a result of a bankruptcy court order, was for stabilizing a building next door to the tower site, so demolition could proceed. But the buildings department blocked it.

Mr. Kallos said he was told that plans to protect tenants of the building, 426 E. 58th St., weren’t adequate.

Charles Fernandez, a 71-year-old retired security guard who lives there, said construction workers wanted to spend several days in his apartment cutting holes in his ceiling to brace the joists in the buildings. He prefers that they wait until spring. 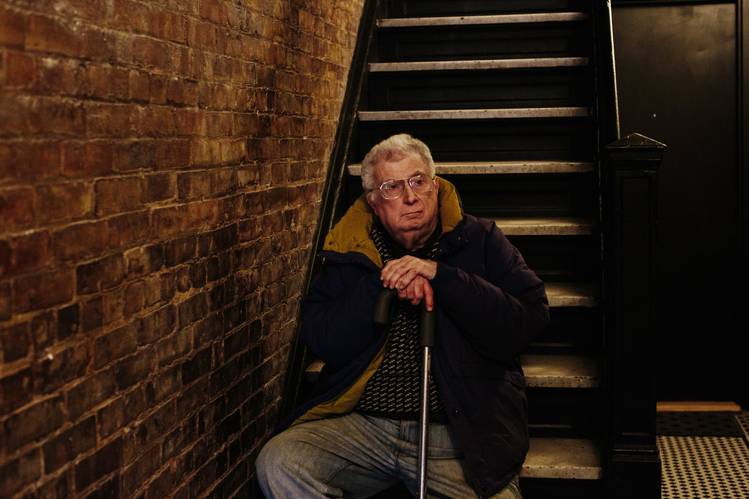 Charles Fernandez lives at 426 E. 58th St., the building next door to the tower site. PHOTO:ADRIENNE GRUNWALD FOR THE WALL STREET JOURNAL

A lawyer for the building’s owner declined to comment.

Alan Kersh, president of the East River 50s Alliance, which represents the neighborhood residents and civic groups pushing for the zoning change, said it is an unusual move for a community group since it requires application fees and consultants that can cost hundreds of thousands of dollars.

In this case, members of the group include affluent residents of a high-rise co-op across the street from the site, whose views may be blocked by the proposed tower. ​