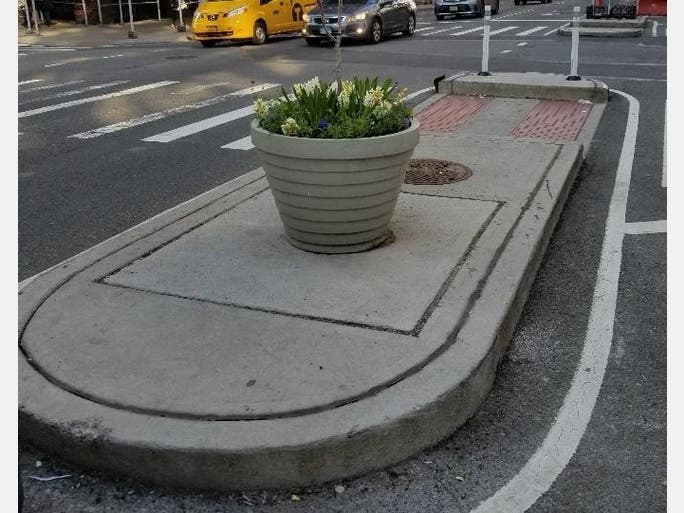 UPPER EAST SIDE, NY — New Yorkers are being forced inside due to social distancing measures to combat the spread of the new coronavirus, but spring is fast approaching. To celebrate the coming season, Upper East Side City Councilman Ben Kallos funded a partnership to beatify four neighborhood intersections with new planters.

Kallos' office partnered with the Horticultural Society of New York to install planters on "bike islands" at the intersections of Second Avenue and East 91st, 92nd, 93rd and 95th streets, the local lawmaker announced this week. The $50,000 public-private partnership was approved by the city Department of Transportation.

"We're greening bike islands that were previously empty with planters to beautify our streets," said Council Member Ben Kallos. "Thank you to the Horticulture Society of New York for their partnership and help beautifying our streets."

The Horticultural Society of New York installed the planters on bike islands — safety features installed due to the creation of the protected bike lane on Second Avenue — at intersections where there are no tree pits. The planters will be populated by evergreen plants paired with seasonal flowers.

The $50,000 partnership also funded maintenance work for tree pits on East 92nd Street between First Avenue and the FDR Drive and horticultural maintenance, planting and weeding at the Stanley M Isaacs Houses, a NYCHA development on East 93rd Street and First Avenue.