The number of cyclist deaths in New York City rose sharply in 2019, but safety improvements on the Upper East Side are working. 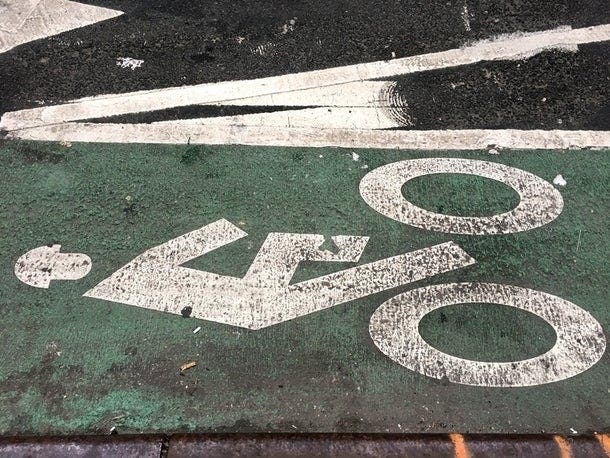 Bike safety on the Upper East Side has improved in recent years due to new bike lanes and education programs. (David Allen/Patch)

UPPER EAST SIDE, NY — Bike safety measures taken on the Upper East Side in recent years have reduced the number of cyclists hurt and killed in collisions in the neighborhood despite an uptick in cyclist deaths in 2019, local elected officials announced this week.

"Our first priority is to keep pedestrians and cyclists safe from cars, and we've made great strides doing so on the Upper East Side," said Council Member Ben Kallos. "Particularly older residents are also afraid of getting hurt in a collision with bikes that disobey the rules every day. Whether it is 'near misses' from a failure to yield to pedestrians, or reports of cyclists who run red lights, go the wrong way, or ride on sidewalks, everyone must know the rules of the road in order to share it safely.

Between 2012 and 2019 there was just one cyclist killed between East 26th and 96th streets on Manhattan's east side, according to city collision data broken down by zip code. During the span of seven years, 1,626 cyclists were injured in collisions with cars. Daniel Cammerman, a 50-year-old pediatrician affiliated with Mount Sinai on the Upper East Side, was hit and killed by a school bus in Central Park last month. It's unclear whether the data counts this collision, as it happened within the confines of the park.

Powers and Kallos attribute the positive trend in collision numbers to a number of different programs.

Safe streets advocacy groups such as StreetsPAC and Transportation Alternatives were consulted when lawmakers designed the bike safety plan. Partners such as Bike New York, Citibike and the East 72nd Street Neighborhood Association have helped the lawmakers put the programs into action.