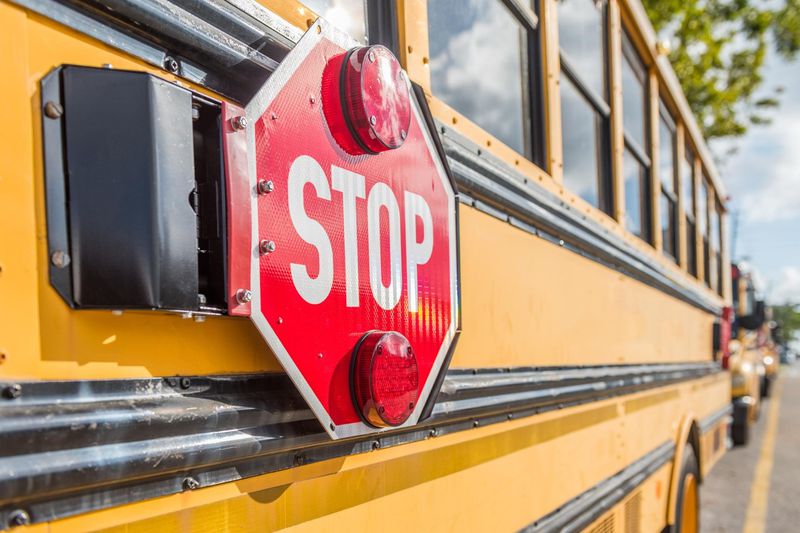 If a City Council bill being proposed Wednesday goes through, more motorists will be hearing that word when they zoom past school buses.

Councilman Ben Kallos (D-Manhattan) wants to require almost every school bus in the city to carry a camera on the stop signs that swing out when kids are picked up and dropped off. There are about 10,000 school buses in the city.

“We have all seen drivers disobey the law and go around a school bus or simply keep driving,” Kallos said in a statement. “Before we have a tragedy, it’s time we use 21st-century technology to change driver behavior as soon as possible."

Prior to that, a police officer had to catch a driver in the act to ticket him or her for illegally passing a school bus.

About 50,000 drivers statewide illegally pass a stopped school bus everyday, according to a study cited by Cuomo’s office.

“By not letting this dangerous behavior go unpunished we will be letting drivers know that this is not OK and that the consequences will be in the mail,” Kallos said.

His bill would impose fines of $250 to $275 on first-time offenders and $300 for second- and third- offenders. Part of the funds raised by the fees would go to the city’s Department of Education.