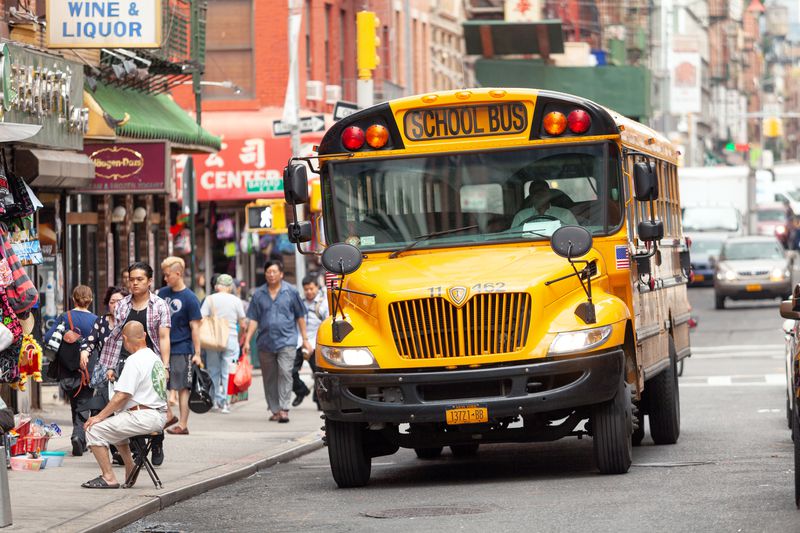 A hotline the city’s Education Department promised would give parents real-time information still can’t track the whereabouts of all buses, angry parents told the Daily News. Almost 700 buses reported delays on the first day of school.

A week into the new school year, a host of problems with the DOE’s much-touted GPS program have become apparent — chief among them, it only works when the school bus drivers turn the GPS machines on.

“What’s the point of having a GPS on a school bus if you can’t track the GPS?” he said.

Sweeping changes to the city’s yellow bus system — including installing thousands of new global positioning systems and adding 30 staffers to the Office of Pupil Transportation — were in response to chaotic busing snafus that plagued school years past.

The city’s Education Department told parents that starting Sept. 5, they’d be able to call a central office for location updates on any bus, rather than reaching out to one of the dozens of private companies operating the buses.

But it’s not working.

In two calls to the Office of Pupil Transportation Wednesday monitored by The News, parents asked for the locations of a bus only to be told they didn’t have access to the information.

One mother of a first-grader in a Queens public school who asked to remain anonymous, was told by an operator that her son’s bus had GPS, but it wasn’t turned on.

The city installed 6,000 trackers last year that required drivers to turn them on manually.

Another 3,000 devices were added over the summer that can’t be turned off, but the old systems continue to cause problems. Kallos said he suggested the Office of Pupil Transportation reach out directly to drivers who don’t turn on their GPS.

Education Department officials did not say how many buses didn’t have their trackers on.

“GPS is required to be on during routes, and companies are held financially accountable for failure to turn them on. We will investigate and address any claim that GPS is not turned on,” said Education Department Spokeswoman Miranda Barbot.

Another parent — who wished to remain anonymous — called the OPT to find out where her son’s bus was, only to be told that an operator didn’t have the information. On a previous call, a recording of which was reviewed by The News, an operator told the mother — whose kids go to private schools to meet their special needs — that GPS tracking was only available on buses traveling to public schools.

Many students with disabilities are guaranteed busing in their special education plans, even when going to private schools.

The DOE announced a partnership with the rideshare app Via that will allow parents to track all buses in real time on their own, but haven’t given a rollout date. Using the app also means adding new tech, rendering the existing GPS units useless.