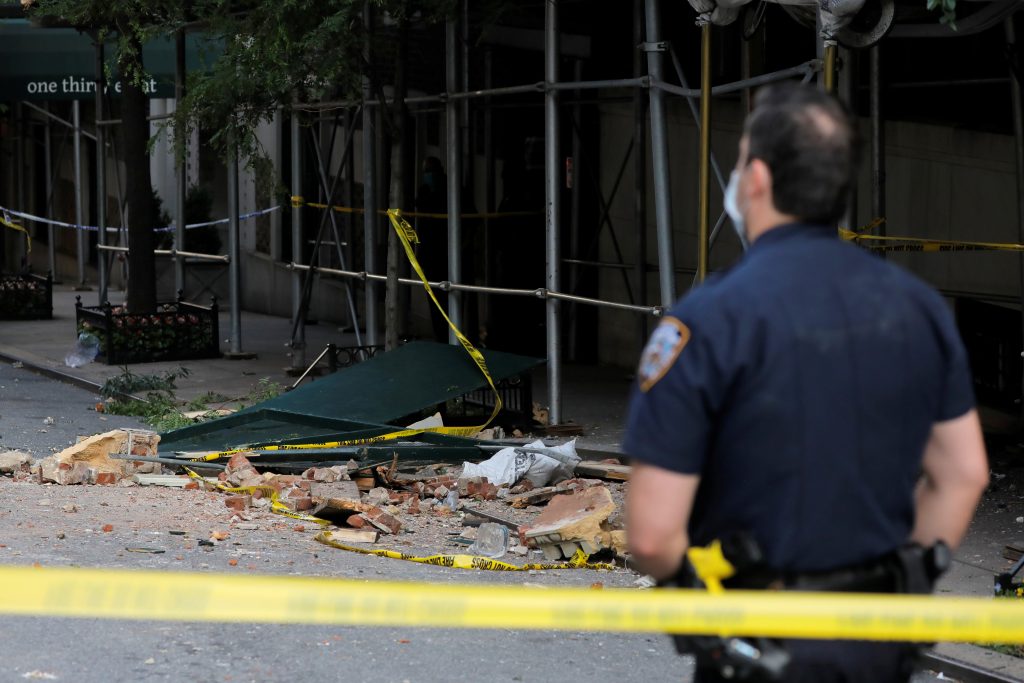 Mayoral candidate Andrew Yang adopted a proposal on Sunday to clear up the city’s sidewalks from above by reducing endemic amount of scaffolding that often remains overhead for New Yorkers for years at a time.

Under a mayoral administration led by Yang, his campaign said that the city Department of Buildings would be required to make more frequent inspections of scaffolds throughout the city and legislation that has already been proposed to crack down on hazardous conditions on the facade of buildings would be passed.

Citing two instances in 2018 where scaffolding fell injuring people in Brooklyn and Lower East Side, as well as the 2019 death of architect Erica Tishman, Yang said the city must dismantle the estimated 300 miles of scaffolding.

“Under current law, building owners have zero incentive to make the necessary repairs to prevent debris from hitting pedestrians,” Yang said. “But this is more than just a safety issue. When scaffolding goes up, small businesses see a measurable drop in revenue, rats and trash accumulate by a magnitude, and they attract criminal activity. Now more than ever, as we look to rebound from COVID-19, we need to bring our small businesses back, making it easier to drum up business, and put an end to the literal blockade between small businesses and pedestrians.”

Tishman was struck by falling debris while walking near 49th Street and 7th Avenue. The 17-story building at 729 7th Ave. had a violation with the city Department of Buildings to repair the facade and a $1200 fine had been issued. But while the fine had been paid, the repairs were not completed and the violation remained in place until Dec. 17 when Tishman was killed. The DOB ordered the owners, 729 Acquisition LLC, to place a sidewalk shed in front of the structure following Tishman’s death.

Following the incident, legislators at City Hall explored allowing drones as a more cost effective alternative to scaffolding for building inspections, but they found a 1948 law that vaguely prohibits all unmanned aerial vehicles to be an obstacle to their efforts.

In 2018, a bill was introduced by Councilman Paul Vallone, and supported by Councilman Ben Kallos, to restrict the times, locations and altitudes at which UAVs and drones can be operated in city limits. This has not proceeded beyond the the Committee on Public Safety.

Kallos, however, has directed legislative efforts against scaffolding through Int. 1353, which will require the DOB inspect scaffolding that has been up for more than a year at least every six months from that milestone at the owner’s expense. This also has not made it further than the Committee on Housing and Buildings.

“Our city is literally crumbling with scaffolding to catch the falling bricks, only they aren’t working, and people are still dying,” Kallos said. “The only solution is for building owners to actually have to make repairs in days not years under legislation I’ve proposed. If we can’t pass scaffolding legislation now, our next Mayor will have to finally chase the blight of scaffolding from our city.”

Stating the building owners cannot be trusted to address safety issues of their own volition, Yang will adopt a proposal to require that violations are addressed within 90 days of an inspection. After that, the city can step in and correct it themselves if problems are not resolved after 180 days.