In these difficult economic times we must reform our regressive tax system, not create new draconian sales taxes that burden our City's working families, while cutting vital services like health care and education that we need. We should create new economic incentive programs to encourage growth and job creation. I had the privilege of working on one such progressive economic program, the Second Avenue Subway Construction Grants Program, while serving as Chief of Staff to&nbsp;<a href="http://assembly.state.ny.us/mem/ad=073&quot; target="_BLANK"><strong>Assemblyman Jonathan L. Bing</strong></a>. This program would provide economic and technical support to small businesses that were negatively affected by the construction of the Second Avenue Subway. Through innovative economic development and tax reform we will combat the threat of rows of empty store fronts and maintain a vibrant community by helping to keep small independently owned and operated businesses open and preserving jobs through even the most difficult of economic times.

“We will be the first unaffiliated legislative staff union,” said Wilfredo Lopez, legislative director for City Council Member Ben Kallos. “So we're excited and also scared by that prospect. But it's momentous.”

The group represents a subset of the roughly 600 staffers who work for the Council, and includes only full and part-time staff who work directly for one of the 51 members, plus certain members of the Finance division. Members of the central staff are not included in this initial unionization push, which launched its membership card campaign just two months ago.

New Yorkers face the same problem as many Americans: employers do not provide a retirement plan at work. If we don’t address our inadequate retirement system, 2 out of every 5 older American households will fall into poverty or near-poverty when they retire at 62. Along with this human toll, massive downward mobility among the elderly will hurt our economy, cutting demand and jobs while increasing the need for more government and social spending.

Due to federal inaction, 43 states (and the city of Seattle) have made various proposals to expand their residents’ access to retirement coverage. New York State is one of 11 that has passed reforms into law. 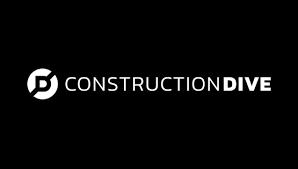 The DOL is seeking back pay and damages from Tara on behalf of Paz, as well as other relief such as a neutral letter of recommendation for Paz, who has since been cleared to work, to present to prospective future employers. Reporting an injury and causing an OSHA investigation to be initiated are protected acts under federal whistleblower laws, which blanket all workers, regardless of immigration status.

But the conversation around the prevailing wage and the New York City construction industry is far from over. Last month, New York City Council Member Ben Kallos proposed legislation that would require construction companies to pay their workers the prevailing wage on many projects subsidized by the city, even if those companies do not have a direct contract with the city. If they don't pay the prevailing wage, they would risk the loss of financial assistance for the project and fines of $10,000 a day for noncompliance. The new regulation would apply to projects that receive subsidies of at least $1 million, are 100,000 square feet or more in size or, for residential developments, have more than 50 units per building.

New York City Councilman Ben Kallos is reintroducing a stalled bill that would require all construction workers to get paid the prevailing wage on any projects getting city subsidies. Ibrahim Sangare worked at the Amazon Fulfillment Center in Staten Island and said the experience was grueling. Workers spent at least 10 hours a day on their feet while scanning items, lifting boxes, and going up and down stairs.

"Waldner's shouldn't be locking out hard-working employees, some of which have been with the company for 30 years," Kallos said.

“Any institution currently working with Waldner's should insist they end the lockout and negotiate in good faith,” he added.

Back on the Upper East Side, City Councilman Ben Kallos says the cost of a neighborhood’s transformation is a loss of character.

The mayor might not like to take questions from the press — but he does believe they have the right to join a union.

De Blasio was among nearly two dozen city officials who signed a letter Thursday in support of reporters at two popular local websites who are fighting to get management to recognize their recent union vote.

“We support the editorial staff of DNAinfo and Gothamist as they exercise their right to unionize,” the letter said.

“The work of these reporters and editors is crucial for NYC. We call on management to respect their democratic right to organize and immediately recognize their union,” it concluded.