Get important updates once a month from our electronic Newsletter.

In July, we announced nearly $9 million to rebuild a new Ruppert Park.

When a 20-foot sinkhole opened up I was on the scene and repairs are complete as work to prevent it from happening again.

Legislation I authored would help communities like ours build new schools by getting a heads up on new property that is up for sale. Another bill hopes to help taxpayers save millions.

We continued to fight to stop the New York Blood Center’s proposed 334-foot tall commercial tower from permanently blocking out the sun in St. Catherine's park as I joined hundreds testifying at two hearings.

This August, we are keeping our parks busy with movies under the stars including Wonder Woman 1984 and Bill & Ted Face the Music, a Welcome Home Concert in Central Park. We have our annual No-Cost Mammogram Van. Children returning to school can stop by our free Children’s Backpack Giveaway. Our Fresh Food Box is back for the season and First Friday is back in person!

How has your summer been so far and how can we make it even better? 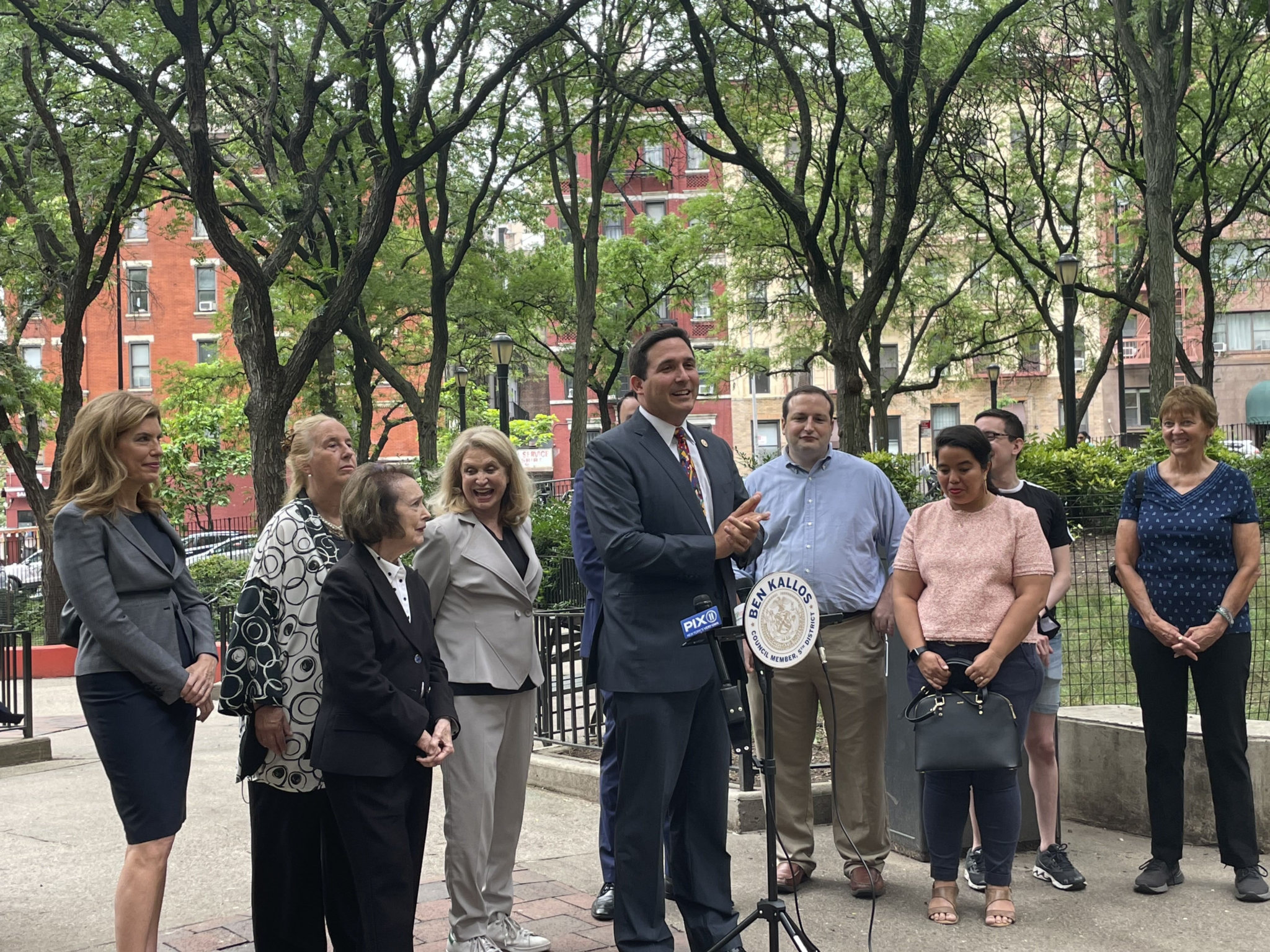 As you may have read in amNY, Ruppert Park will be getting an $8.9 million full renovation thanks to discretionary funding from my office, Assembly Member Dan Quart, Council Member Keith Powers, Manhattan Borough President Gale Brewer, and the City Council. Last month, they joined me in the park to celebrate the announcement along with Congresswoman Carolyn Maloney, Community Board 8, Parks Manhattan Commissioner Bill Castro, and community stewards from the Manhattan Chamber of Commerce, Muslim Volunteers for New York, and nearby Knickerbocker Plaza.

On May 20th, after providing the initial discretionary funding allocation of $2.5 million, I joined NYC Parks in hosting dozens of residents at a public scoping session to discuss details relating to the redesign of the park with the community and hear their input. Moving forward, a design plan will be presented to the public at Community Board 8 and the Public Design Commission in 2021. Ruppert Park, at the site of the former Ruppert Brewery, was built in 1979 by the City’s Housing Preservation and Development Administration and transferred to NYC Parks Department in 1997. The project is expected to begin construction in 2023. For more information, read the release, watch the announcement or see coverage in Patch, TAPinto, and amNY.