Since 2014 Council Member Kallos has funded the Roosevelt Island CERT with $8,000 for new, up-to-date, modern two way radios designed to be operational in the event the island suffers an emergency and the CERT is activated.

“Every New Yorker should be trained to handle emergencies and own a Go Bag,” said Council Member Ben Kallos.  “Always be prepared, especially if you live in an area that is prone to flooding. You never know when a natural disaster may force you to evacuate.”

“NYC Emergency Management works tirelessly to ensure that New Yorkers are educated about emergency preparedness,” said NYC Emergency Management Commissioner Joseph Esposito. “We’re happy to partner with Council Member Kallos to provide an important opportunity for Roosevelt Island residents to receive information on NYCEM’s programs and community-based initiatives, as well as how best to prepare themselves to respond to emergencies.”

“We are grateful to Council Member Kallos for making the security of Roosevelt Island residents a priority.  RIOC is always looking for ways to increase security efforts, such as with the recent improvements to the emergency response time of the 911 Call Center.  That crucial update, taking into account the unique nature of our Island, was the direct result of all stakeholders working together.  Now, with respect to emergency preparedness, RIOC looks forward to working with OEM to ensure the health and safety of our Roosevelt Island Community.” Said Susan Rosenthal Acting President of Roosevelt Island Operating Cooperation.

September is National Preparedness Month culminating with “National PrepareAthon! Day” on September 30, the inspiration for the evening’s training ahead of Atlantic hurricane season. The event included the distribution of free Go Bags — a collection of items you can use in the event of an evacuation. Each household member should have a Go Bag, which should be sturdy, lightweight, and portable, such as a backpack.

The Go Bags that were distributed contained: 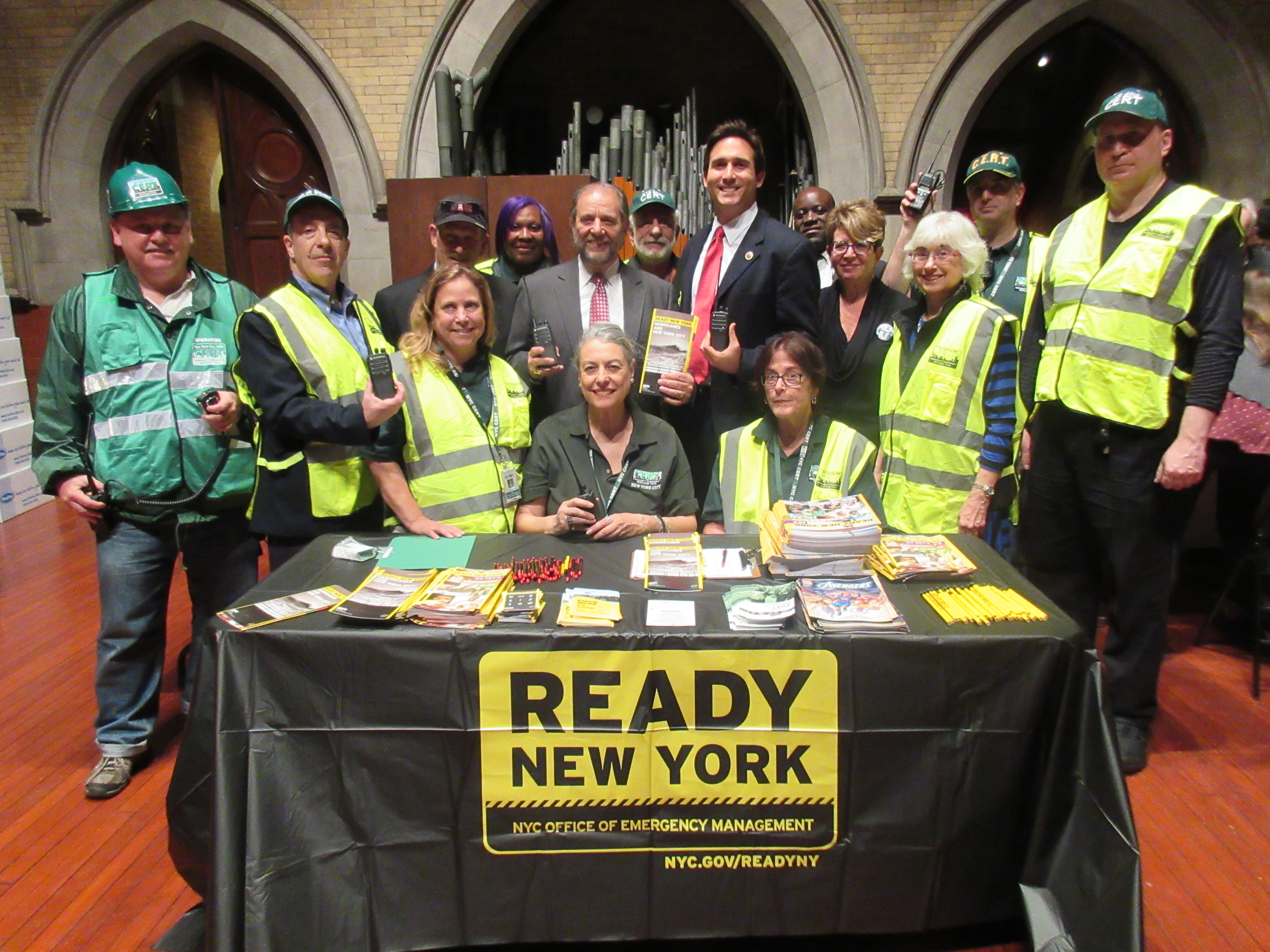 Must be supplemented by residents who should add: