New York, NY– A crowd-sourced safe streets report released by the office of City Council Member Ben Kallos today consolidated public feedback identifying dangerous intersections, street corners that have become inaccessible to the disabled. The report also features necessary improvements to transit and the streetscape such as desired areas for bike racks and seating. The two-part report follows a mailing by the Council Member to 60,000 households in the district (available on the bottom of the release), five forums and numerous public appearances seeking to empower residents to improve their streets.

Resident feedback in the report shows:

The “Livable Streets Report” was created and released with the intent of solving street concerns and improving public dialogue education around street safety issues. The community-based model of street safety improvements has been championed by the Department of Transportation as part of the Mayor’s Vision Zero plan.

“Street safety remains one of the top issues in the district and continues to come up at nearly every public forum,” said Council Member Ben Kallos, who holds monthly meetings with the community. “In order to address longstanding street safety problems, I am taking a proactive approach by empowering local residents to report street safety issues before the next collision.”

A Commercial Bike Safety program launched following an educational forum for all businesses in the district in coordination with the Department of Transportation and New York Police Department (NYPD), is empowering residents with the following plan of action:

If you see or receive a bike delivery with NO safety vest displaying business name and identification number, report it to the business, 311 and Ben Kallos.

If you see unsafe biking, remember the business name and identification number from the safety vest then report it to the store, 311 and Ben Kallos. Tell the store that you can wait longer for deliveries so bikes can be slower and safer for everyone.

When you call 311, DOT and NYPD will be notified and will take the appropriate steps to resolve the issue.

Residents were encouraged to report dangerous intersections or streetscape improvements by contacting his office, visiting BenKallos.com/Livable-Streets, or filling out this form which was mailed to 60,000 households in the district. 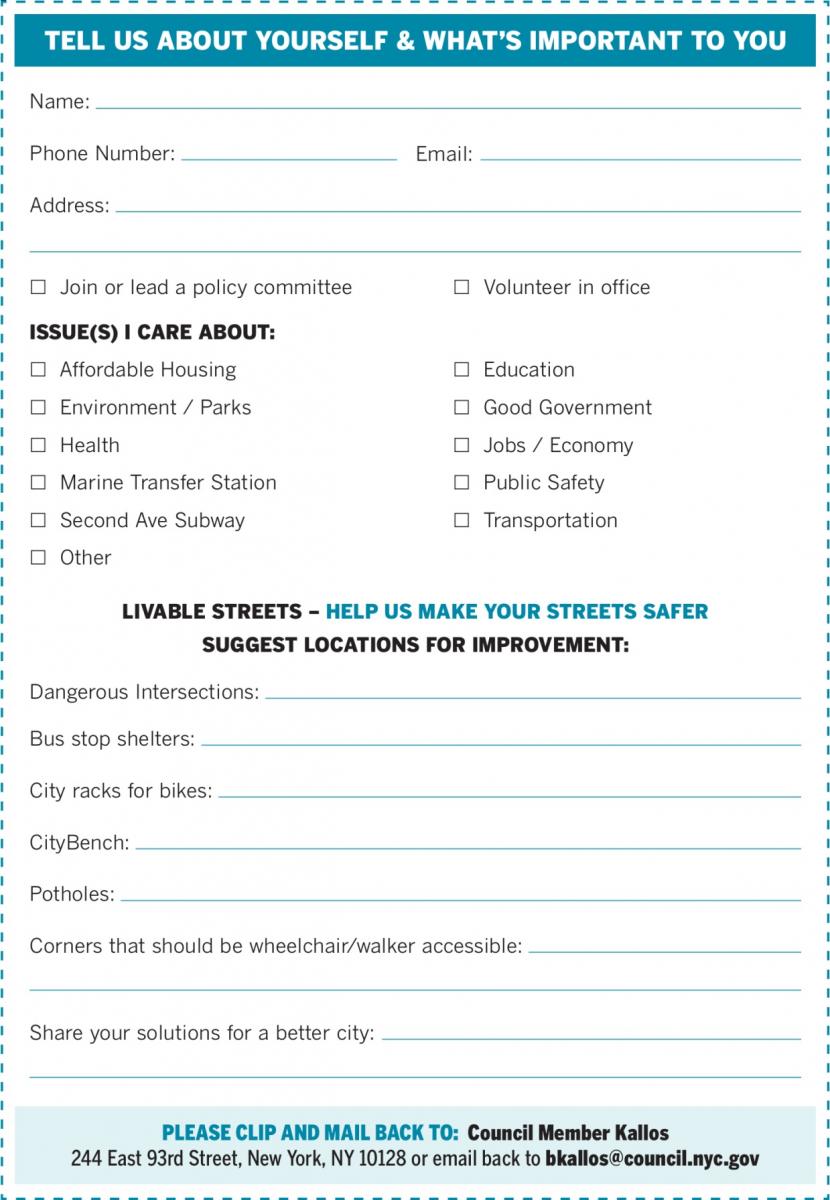