WFUV New Yorkers Could Identify as Multiracial, Under New Bill by Associated Press 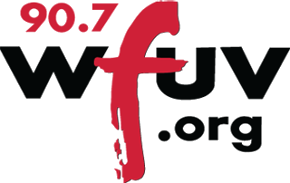 WFUV
New Yorkers Could Identify as Multiracial, Under New Bill
Associated Press
Jonathan Lemire
http://www.wfuv.org/news/news-politics/141125/new-yorkers-could-identify-multir…
New Yorkers may soon be able to identify themselves as more than one race under legislation set to be introduced by the City Council on Tuesday.
The measure would change dozens of official documents, including applications for public housing, registration with the Department of Small Business Services and complaint forms with the city's Commission on Human Rights. Documents required of more than 300,000 city employees would also need to be changed.
Currently, city forms that ask for ethnicity or race have five options: "black, not of Hispanic origin," "white, not of Hispanic origin," "Hispanic," "Asian or Pacific Islander," and "American Indian or Alaskan native."
Advocates of the bill believe the measure would provide a clearer picture of demographics and allow New Yorkers to better recognize their heritage.
"I am 50 percent Irish, 25 percent Korean, and 25 percent unknown," said Corey Johnson, a City Councilman from Manhattan, who drew upon his own heritage to champion the bill during a rally on the City Council steps. Johnson, a Democrat, was one of the co-sponsors of the bill, along with Councilman Ben Kallos of Manhattan, another Democrat.
New York City has the highest multiracial population in the country. More than 325,000 city residents identified as more than one race on the 2010 census.
A spokesman for Mayor Bill de Blasio said the mayor looked forward to reviewing the legislation. If the measure is passed, the changes would be administered by the Mayor's Office of Operations.
The mayor's own children could be affected by the measure, its supporters pointed out. De Blasio, who is white, is married to Chirlane McCray, who is black.
The U.S. Census has permitted people to mark more than one box denoting race since 2000. Its form includes 14 categories for race or ethnicity and contains a space to write in their heritage if it is not already listed.
A vote on the measure has not yet been scheduled.
Issues
Community