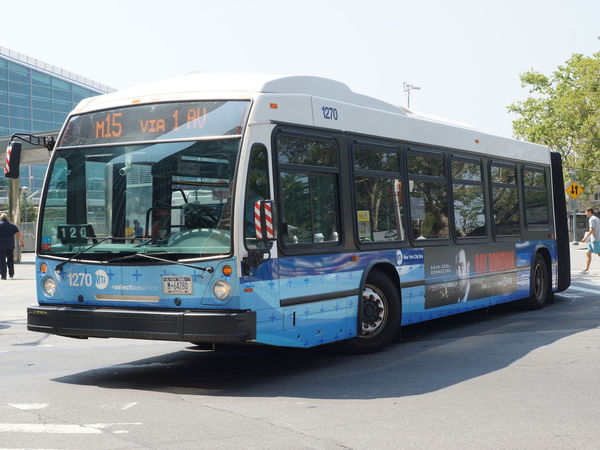 The new buses, equipped with WiFi and USB charging ports, will be based out of the Tuskegee Bus Depot in Harlem, City Councilman Ben Kallos said in a press release. The depot will provide three to five of the new buses per week to the five Upper East Side routes, which should speed up local bus service. The buses stationed at the Tuskegee Bus Depot were some of the oldest in the city, causing frequent breakdowns and "missing buses" — when fewer buses run per hour than scheduled.

"Bus service on the East Side is about to get better with brand new buses that won’t cause disruptions in service from breaking down as often," Kallos said in a statement. "Residents complain about poor bus service every day, but after years of advocacy, we are getting the new buses we need."

Upper East Side elected officials have been fighting for better bus service for years. In 2014 Kallos launched an initiative to use data in order to track every bus in the city, at all times, to figure out solutions for better service. State Senator Liz Krueger put the concept of "missing buses" on the MTA Bus Company's radar when organizer a meeting with the company's former president Darryl Irick.

Various resident groups have also gotten involved. The East 79th Street Neighborhood Association has been campaigning for better service for decades, and has spearheaded initiative such as awarding drivers for good job performance and taking community surveys. The East 72nd Street Neighborhood Association is currently petitioning for an M15 select bus stop at East 72nd Street due to slow local service.

"So many people in our communities, especially seniors, rely on buses every day. Long wait times, missing buses, and a general lack of dependability have a significant impact on the lives of riders," Krueger said in a statement. "I thank the MTA for making this important investment, and community advocates and my elected colleagues for their continuing efforts."