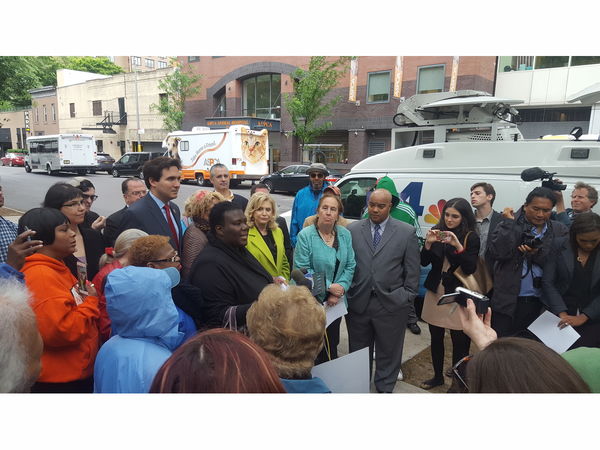 UPPER EAST SIDE, NY — Residents of the Upper East Side's Holmes Towers — a public housing complex on First Avenue between East 92nd and 95th streets — and neighborhood politicians stood in the rain Tuesday afternoon to denounce a plan to replace a playground with a mixed-income, high-rise apartment building.

Politicians called on the New York City Housing Authority (NYCHA) to go back to the drawing board regarding the plan, which they called "deeply disappointing" and harmful to the residents of Holmes Towers. The local representatives called for NYCHA to be held to the same standards as a private developer and complete the Uniform Land Use Review Procedure (ULURP), which would allow for greater public input into the proposal.

Lifelong Holmes Towers resident and Community Voices Heard member Lakeesha Taylor criticized the plan to demolish the playground she grew up playing in as a child.

"NYCHA is giving away my children's childhood," Taylor said during a rally in front of the playground.

Taylor said that her parents never had to worry about her safety while using the playground, one of the few public spaces for outdoor activities in the Holmes Tower complex. Taylor further criticized the plan — part of NYCHA's NextGeneration (NextGen) Neighborhoods initiative — for how much money it will raise.

The NextGen Neighborhoods initiative aims to generate money for public housing repairs by allowing private developers to build on NYCHA land. In return for leasing the space to private developer Fetner Properties for 99 years, NYCHA is set to gain $25 million. Holmes Towers alone needs an estimated $37 million for critical repairs, according to NYCHA.

"I'm not a politician, I don't deal with budgets, but this does not sound like a good deal to me," Taylor said. 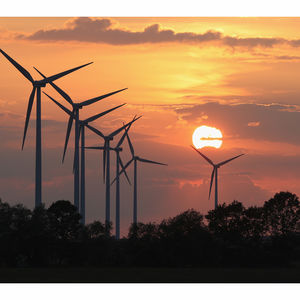 "Funding for NYCHA repairs should not come on the backs of NYCHA residents, especially children who will be losing their light, air and playground for little in return," Kallos said in a statement.

On May 17, NYCHA announced that Fetner Properties won a bid to construct a 47-story apartment building on the site of the Holmes Tower playground. The new building would contain hundreds of apartments (estimated at 350 by area politicians), half of which would be offered at market rates and half at affordable rates. But politicians and residents have argued that the affordable rates would actually be unaffordable for public housing residents.

Residents also argued against the size of the building. Taylor said Tuesday that the new building will tower over the rest of the Holmes Towers, with new residents effectively looking down on the NYCHA residents.

Fetner Properties' development proposal was chosen for its "community-focused features," which includes a new playground, community space and a recreation center, according to a May 17 NYCHA press release. City officials from a number of agencies including NYCHA and the Department of Housing Preservation and Development hailed the proposal as a win for the local community.

"This project will fund badly needed repairs, and we will provide resources and amenities such as new playgrounds, a large community center and job opportunities," NYCHA Chair and CEO Shola Olatoye said in a statement.