MIDTOWN EAST, NY – An East Side police precinct cut the ribbon Wednesday on a new, state-of-the-art mobile command center, replacing the beaten-up van that the cops had formerly relied on.

The 17th Precinct, which patrols much of Midtown East between East 30th and 59th Streets, purchased the enormous vehicle thanks to a $500,000 allocation from City Councilmember Ben Kallos. 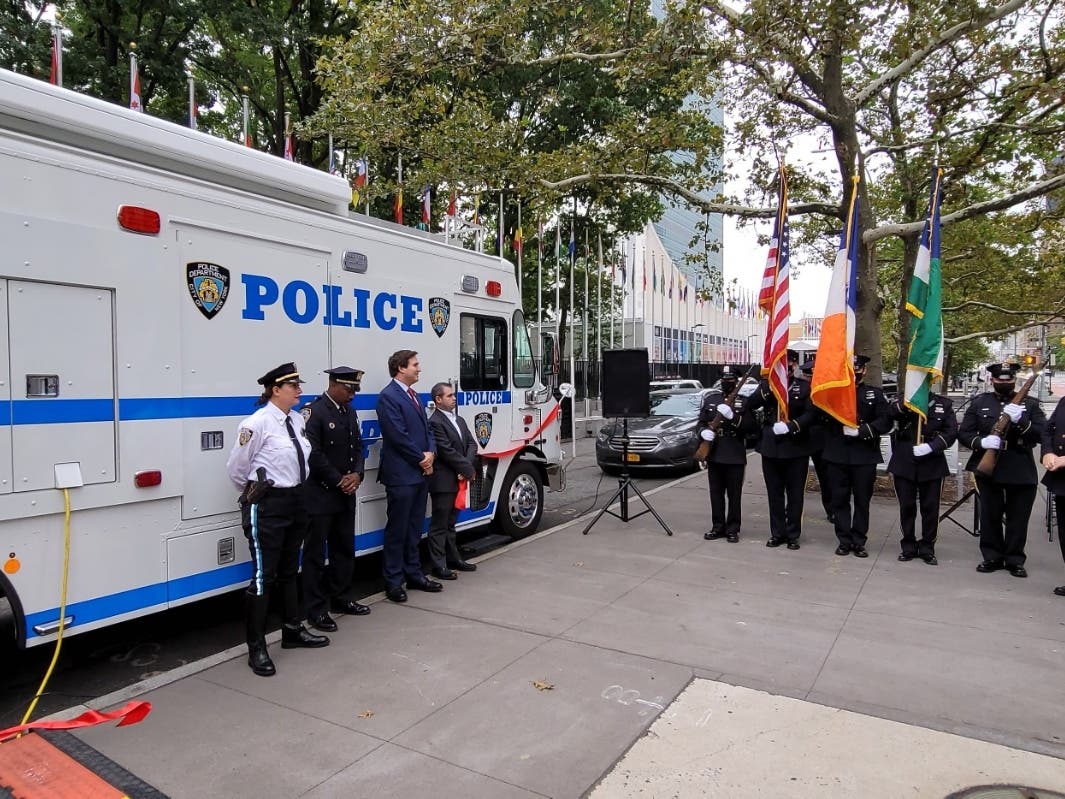 In a ceremony Wednesday morning, Kallos said he secured the funding for the 2019 city budget after the precinct's former commanding officer complained about their former command center: a run-down contraption that Kallos called "basically an over-glorified Winnebago, with chairs and not much else."

"My hope is that it will offer folks the tools they need for modern policing, to keep all of us safe," Kallos said, pointing to the 17th Precinct's recent responsibilities during the high-security UN General Assembly.

Captain Aaron Edwards, the precinct's commanding officer, said Wednesday that the vehicle was equipped with computers, secure internet and surveillance cameras, and would serve as a work-station during major events.

"This just keeps us going into 2022 and beyond," he said, calling the station "a wonderful gift."

"And we're going to use it," Edwards said.

Kallos's funding came in spite of his frequent criticism of the NYPD. Last summer, he sought to cut the department's funding by $1 billion, and proposed banning police use of robots earlier this year. Still, some constituents criticized the allocation Wednesday, saying the money would have been better spent elsewhere in the neighborhood.