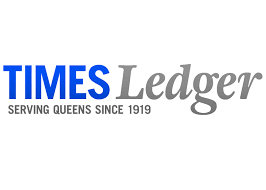 Greater transparency may be coming to Queens community boards, which are the lowest rung of government and serve an important role in giving ordinary citizens a voice in neighborhood rezonings, school locations and liquor licenses.

In Queens, Borough President Melinda Katz chooses half of the members of each board and the City Council representative for the district selects the other half, subject to her final approval.

But the process varies across the boroughs and there are no standard procedures in place for fielding candidates and how long they should serve.

Three Queens councilmen have backed a resolution that urges the five borough presidents to follow the same guidelines in naming the unpaid members of the 59 community boards around the city. Each board has up to 50 seats.

Since the members are not elected, their votes on land use and community budgets are not binding, but they carry weight as the issue works it way through the city machinery.

Community boards are the city’s version of the New England town meeting without the public elections that require people seeking seats to disclose their positions on sidewalk cafés, for example, or topless bars.

Enter Councilmen Daniel Dromm, Peter Koo and Antonio Reynoso, who think Queens residents should know who is representing them at the grassroots level.

They have signed on to a resolution from Manhattan Councilman Ben Kallos, which would recommend greater disclosure on application forms filed by candidates and independent screening panels to be set up by each borough.

In a salute to good government, the resolution would ask volunteers to reveal conflicts of interest and bar staffers working for elected officials from the board. The proposal would also limit service of a board member to five consecutive two-year terms.

Katz has yet to take a position on the resolution, but we urge her to give serious consideration to the recommendations in Kallos’ document.

Under the de Blasio administration, change is coming to the Council.

Council Speaker Melissa Mark-Viverito is backing a proposal to distribute discretionary funds for nonprofits equally to each Council member with some add-ons for impoverished areas. This would have been unthinkable under former Speaker Christina Quinn, who used these funds to keep members in line and punish the wayward.