Two months into his second term, Mayor Bill de Blasio is getting a taste of what divided government feels like — from his own party.

Where once the Democrat-dominated New York City Council was a reliable ally of the Democratic mayor, the two branches have increasingly been split as the Council speaker, Corey M. Johnson, leads an emboldened and restive body itching to take on Mr. de Blasio and his administration.

The divide can be seen on a range of issues, from emergency funding from the city for the subways to the legalization of marijuana — both of which Mr. Johnson supports and the mayor opposes. The emerging schism is also evident in the newly empowered Council investigations committee, whose first hearing covered two contentious issues: heating problems in city Housing Authority apartments, and the split over revising the City’s Charter.

Indeed, soon after Mr. de Blasio announced he would create a charter revision commission, Mr. Johnson posted to Twitter that such efforts, “if I’m not mistaken, have always been legislated through the City Council.” A few weeks later, the Council said it would engage in a more extensive charter review.

CFB changes/legislation, if I'm not mistaken, have always been legislated through the City Council. Why do we need a commission to do that? I believe a Charter Revision Commission should be called to look at the entire Charter and the structure of City government. https://twitter.com/tweetbenmax/status/963214981079715840 …

The animosity has been evident at Council hearings in which members challenge administration officials; it also has, perhaps inevitably, drawn the notice of Gov. Andrew M. Cuomo, who has appeared eager to exploit the rift to further his own feud with Mr. de Blasio. On Tuesday, Mr. Cuomo met with a 15-person Council delegation led by Mr. Johnson, the second such meeting in recent weeks. 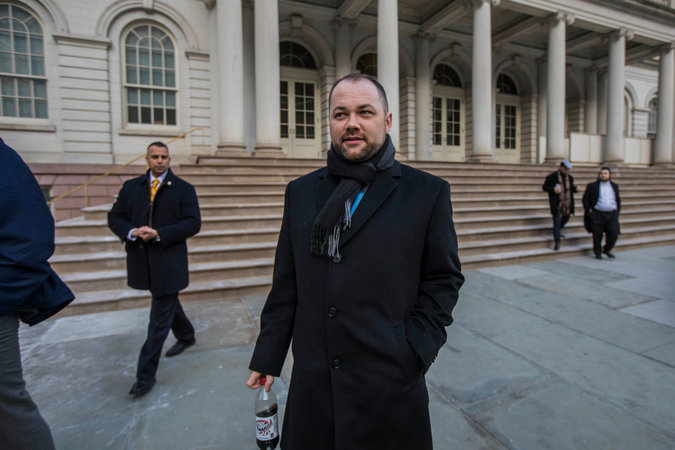 “I just feel like we’re doing our job,” said Mr. Johnson in an interview in his City Hall office, a copy of “City for Sale” — about corruption during the Koch administration — prominently displayed on a side table.

Lobbyists, those with business before the city and others who regularly engage with both sides of city government, have taken notice of the rapid change in the relationship from the relatively placid days under Mr. Johnson’s predecessor, Melissa Mark-Viverito, an early supporter of Mr. de Blasio’s who gained her position in part because of a push from the newly elected mayor.

Mr. Johnson, by contrast, rose to the position of speaker with the support of county Democratic leaders, and he rode a wave of simmering resentment among Council members at their treatment by the de Blasio administration. Those sentiments boiled over after comments by Deputy Mayor Alicia Glen, during a deposition in a lawsuit over housing segregation, in which she referred to Council members as “not that smart.” Council members were not amused.

Several lobbyists and political observers note the benefits of greater Council independence: another set of ears to listen to concerns; a new way to exert pressure on City Hall.

“The Council is supposed to be a counterbalance to the mayor, and we haven’t had that in a long time,” said Suri Kasirer, a city lobbyist. “I think it’s good government.”

Eric F. Phillips, a spokesman for the mayor, pointed to areas of agreement with Mr. Johnson, including a decision to site a jail in the Bronx, part of the plan to close Rikers Island. “Their partnership on a frequently shared agenda is not only strong but already producing results for New Yorkers,” he said in a statement. 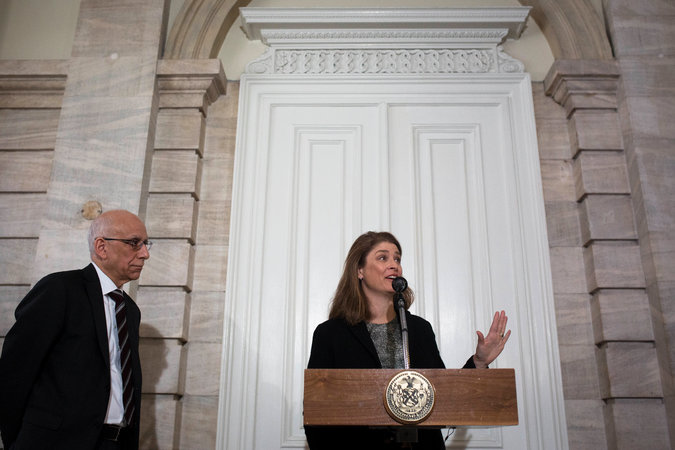 Deputy Mayor Alicia Glen, to the right of the first deputy mayor, Dean Fuleihan, has angered City Council members because she referred to them as being “not that smart” in a deposition in a lawsuit over housing segregation. CreditDave Sanders for The New York Times

Mr. Johnson’s more assertive posture is reflective of an attitude shared by many Council members, including those who ran against Mr. Johnson for speaker and others who did not support his bid.

Councilman Benjamin Kallos of Manhattan welcomed a new era of debate. “I think conflict is good for resolving problems,” he said.

“The notion that the mayor is the sole branch of New York City government is an anachronism,” said Ritchie Torres, a councilman who represents the Bronx. “It has no place in the age of Corey Johnson.”

Mr. Torres stood with Mr. Cuomo on Monday as the governor condemned the conditions in Nycha buildings. The next day, the governor welcomed a Council delegation into his Albany office. Several members called the sit-down remarkable because it gave the impression that Mr. Johnson was negotiating on behalf of the city — effectively working around the mayor.

The governor furthered that impression by releasing a letter, through a state lawyer, listing areas of agreement with the Council, including providing $400 million in new city subway funding, creating construction rules for public housing and accelerating the timeline for closing Rikers Island. Mr. de Blasio has proposed a 10-year closure plan. “Please notify us when you have a resolution with the mayor’s office,” the lawyer, Alphonso David, wrote to Mr. Johnson.

“I will discuss with members to decide best path forward,” Mr. Johnson replied on Twitter hours later. “No final decisions were made.” (He said much the same in a letter to the governor the next day.) 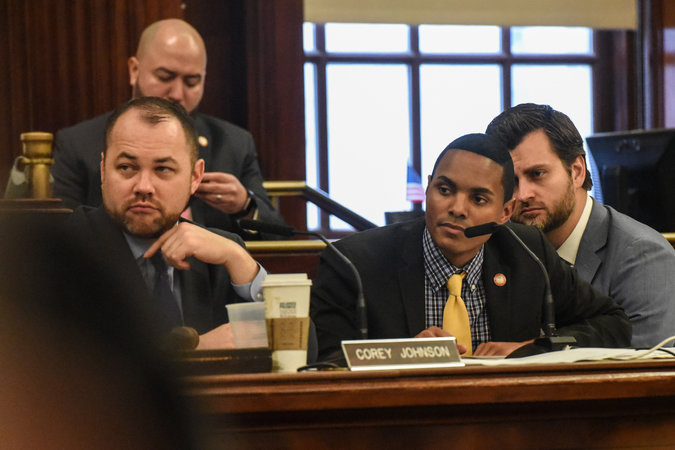 Councilman Ritchie Torres, seated to the right of the speaker, Corey Johnson, leads the Council’s oversight and investigations committee, which has already demonstrated its intention to be aggressive and adversarial toward City Hall. CreditStephanie Keith for The New York Times

Micah Lasher, who served as the chief Albany lobbyist for Mayor Michael R. Bloomberg, said the episode makes it look as if the City Council “negotiated around the mayor.” The mayor was not happy, according to two people familiar with his response.

“I cannot think of an instance in recent political history when the City Council negotiated with Albany on behalf of the city,” Mr. Lasher said. “It’s hard to see how a divided city government would result in better outcomes for the city.”

Even Mr. Bloomberg, a political moderate who ran as a Republican for mayor, managed to work closely with Christine C. Quinn, a Democrat who was Council speaker at the time, though there was periodic tension that led Mr. Bloomberg to veto bills. Mr. de Blasio, in his first term, did not issue a single veto.

Many political observers expect that streak to end under Mr. Johnson.

“It shouldn’t be lost on anyone that we are both left-of-center Democrats who, ideologically, are pretty much in line with each other. But, there is still going to be disagreement,” Mr. Johnson said.

The day after Mr. Johnson and his Council contingent met with the governor, he had his weekly sit-down with Mr. de Blasio.

“We talk through it, have an open line of communication and try to not surprise each other,” Mr. Johnson said.