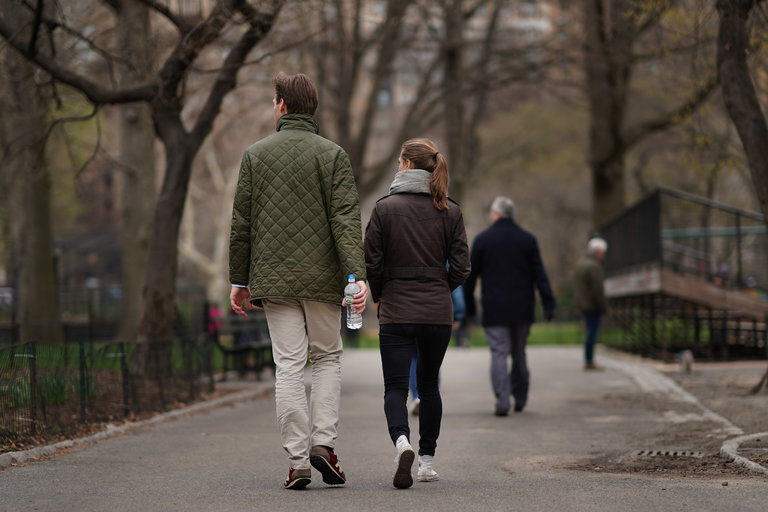 The Ballfields Café in Central Park sells more than 400 bottled waters a week to hot-dog lovers washing down the salt, families on the go and tourists from places where the tap water is undrinkable.

But all those bottles go into an endless stream of plastic that has overflowed trash cans, clogged landfills and choked oceans.

Now the New York City Council plans to consider banning the sale of disposable plastic bottles at city parks, beaches and golf courses. While the bottles could still be brought in by park-goers, the proposed ban is intended to be a significant step toward curbing the ubiquitous plastic bottles that have become a staple of everyday life.

“New Yorkers love convenience, especially because we are always running from one place to another, but this will make us pause and realize the impact that our actions are having on our environment,” said Councilman Rafael L. Espinal Jr., a Democrat from Brooklyn, who is proposing the ban with Councilman Ben Kallos, a Democrat from the Upper East Side.

New York City would become only the third municipality in the country — behind San Francisco and Concord, Mass. — to ban plastic bottle sales and the first to include bottled sodas and juices as well as water, according to environmental advocates. Many government agencies, colleges and businesses already have plastic bottle-free policies to encourage the use of refillable bottles.

“It would really send a strong message to the public and the bottled water industry that we don’t need to rely on this unnecessary product,” said Lauren DeRusha Florez, a campaign director for Corporate Accountability, a nonprofit advocacy group. “The way forward is to continue to invest in a strong public water system and to make sure tap water is available to people all over the city.”

But the International Bottled Water Association, an industry group, has already raised objections, saying that such a ban would deprive people of a safe, healthy and convenient source of drinking water and unfairly target beverages when thousands of other foods also use plastic containers. “Restricting or banning the sale of bottled water is not in the public interest as it reduces access to water for adequate hydration,” according to the group.

The American Beverage Association, another industry group, said that it works with conservation groups to promote the recycling of bottles at home, work, and public places. “We believe there are more comprehensive ways to preserve and protect our environment and we are committed to working with cities and other groups to implement better solutions to reduce plastic waste,” the group said. 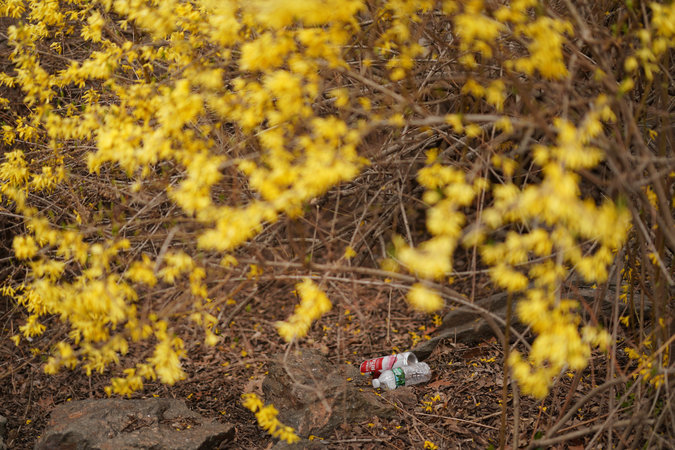 Some park vendors have also raised concerns that a ban would hurt their bottom line. “We try our best to get by and the water bottles help us to do it,” said Gabriel Freilich, manager of the Ballfields Café.

San Francisco passed a similar ban in 2014 on the sale of plastic water bottles 21 ounces or smaller in public spaces, including municipal buildings, streets and parks. David Chiu, a Democratic state legislator who championed the ban as president of the city’s board of supervisors, said it has helped change the culture. People now carry around their favorite refillable water bottle. Concerts and festivals set up refillable water stations instead of selling plastic bottles by the caseload. “While it was controversial when it was proposed, in hindsight today, it has been a no-brainer,” he said. “I think everyone has adjusted to it.”

The residents of Concord had gone even further in 2012, when they voted to ban the sale of one-liter or smaller plastic water bottles anywhere within town limits. As an alternative, public drinking fountains and water filling stations have been expanded and upgraded. Though plastic bottles still show up in recycling bins, “It’s definitely a lot less than you would see in other towns,” said Erin Stevens, Concord’s public information officer.

Bottled water sales were also eliminated in some national parks, including the Grand Canyon and Zion, under a 2011 National Park Service policy. But in August, the Trump administration ended that ban following years of opposition by the bottled water industry, which argued that it removed water from the shelves while leaving unhealthy sweetened drinks.

Councilman Kallos said the Trump decision spurred him to action. He said he has wanted to ban disposable plastic water bottles since trying to buy one himself while visiting San Francisco several years ago and being told he could not. So he bought a reusable bottle to tote around — something he now does in New York.

“You see plastic bottles everywhere,” he said. “It makes New York look like a dump and we can do better.”

This is not the first time that New York has taken a stand against plastic bottles. In 2008, the office of the City Council speaker, Christine C. Quinn, stopped buying bottled waterfor Council offices. A 2009 state executive order barred state agencies from buying bottled water, to save taxpayer dollars and improve the environment.

The city has also targeted other plastic waste. In 2016, the Council sought to encourage shoppers to give up plastic store bags by charging 5 cents for most plastic and shopping bags. But that law was blocked last year by state legislators, some of whom argued that it imposed a regressive tax on the poor, and Gov. Andrew M. Cuomo.

Mr. Kallos and Mr. Espinal said their proposed ban on plastic bottle sales was more limited than the plastic bag fee and less likely to draw interference from state lawmakers.

City Councilman Ben Kallos, left, a sponsor of the ban, discussed its merits with Michael O’Neal, a co-owner of the Ballfields Café in Central Park. A manager at the café said a ban could cut into his bottom line.CreditChang W. Lee/The New York Times

Michael Whyland, a spokesman for the Assembly speaker, Carl E. Heastie, said that while Mr. Heastie, a Democrat from the Bronx, had not yet seen the proposed ban, “The speaker has always said that the city has the ability to enact a ban on unnecessary plastic waste.”

Mr. Kallos and Mr. Espinal said they will introduce bills next week to lay out more details about the proposed ban. Mr. Kallos said that vendors in city recreational areas could face penalties for selling plastic bottles, including possibly having their concessions revoked.

The City Council speaker, Corey Johnson, a Democrat, said he would review the bills. “Personally, I drink out of a Mason jar as much as I can to reduce waste, and I am committed to finding the best ways to protect our planet,” he said.

City parks officials referred inquiries about the proposed ban to the office of Mayor Bill de Blasio, which said it does not comment on bills before they are introduced.

Mr. de Blasio, a Democrat, supported the 5-cent plastic bag fee and has also called for a ban on plastic bags, which cannot be recycled, unlike plastic bottles, which can. “The mayor has made clear that New York City needs a full ban on plastic bags — which are not recyclable — in order to help protect our environment and benefit New Yorkers,” said Seth Stein, a spokesman for the mayor.

Adrian Benepe, a former city parks commissioner, said that he had practical concerns about implementing a plastic bottle ban in city parks. He pointed out that outdoor drinking fountains are turned off in the winter and not always available in more remote sections. And the ban could prompt vendors to turn to glass containers, which are more difficult to clean up when broken. “In principle, I support the idea, but there are both assets and drawbacks,” he said.

Still, many park-goers said they would welcome a ban. Marcos Pichardo, 19, a college student from the Lower East Side, said that what mattered was that people had water to drink, not the plastic it came in. “As long as it doesn’t cause harm to society, I don’t mind if it’s in a glass cup or a cardboard box,” Mr. Pichardo said as he strolled through Central Park.

Julie and Kurt Neale, filmmakers from Dallas, said they bought bottled water while shooting a documentary in the city, but would be willing — if somewhat reluctantly — to forgo that to help the environment.

“I want the convenience,” Mr. Neale said. “But I think we have a major problem worldwide with plastics.”