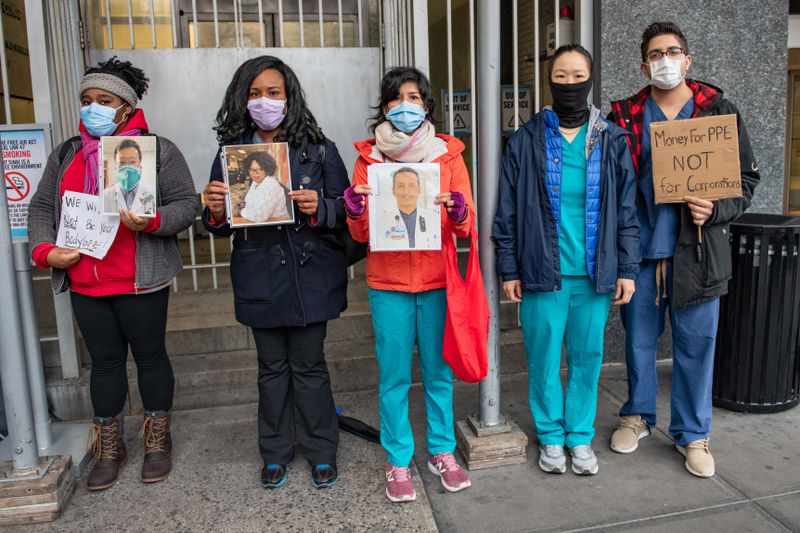 Doctors, nurses and medical staff working on the frontlines in hospitals have been our window into the realities of the COVID-19 crisis. While we are all isolated from one another, desperately reading the news to understand what is happening, health-care workers sounding the alarm about dangerous conditions and the shameful shortage of personal protective equipment (PPE) have made the stakes of our physical distancing clear. Their truth-telling on social media and in the press has helped bring urgency to governmental responses, and kept many of us at home, doing our part to not spread the virus or hoard needed equipment.

Yet now, some medical facilities are cracking down on this vital, and potentially life-saving, sharing of information.

Last week, staff at NYU Langone Health received an email warning against “posts that do not reflect positively on the integrity of our hospitals.” The threat of retaliation was explicit. The email stated: “Anyone who does not adhere to this policy, or speaks or disseminates information to the media without the explicit permission of the Office of Communications and Marketing, will be subject to disciplinary action, including termination.”

At Mount Sinai, nurses blew the whistle on PPE shortages by posting pictures of themselves in garbage bags. Afterwards, along with protective gowns, they received warning notices about their jobs as well.

Health-care workers are already risking their health to save lives. They should not also have to risk their jobs when they tell the truth.

Together with my colleagues Mark Levine, Carlina Rivera, Ben Kallos and Adrienne Adams in the City Council, and a wide coalition of health-care unions and worker advocates, we are proposing legislation to protect health-care workers from being fired for speaking out.

At a time when the very lives of our hospital and health-care workers are on the line, it is unconscionable that they would be fired for ringing the alarm bell about health and safety issues. Our bill would prevent doctors and nurses from losing their jobs if they speak publicly about conditions in their hospitals.

This isn’t a problem in just a handful of facilities. Last week, Politico reported that they’d heard from 11 medical professionals across various health systems in New York City who “signed nondisclosure agreements, had contracts that stipulated they not speak with the press without consent from their employer or feared losing their jobs if they spoke out publicly.” A doctor in Washington State was already fired for speaking out on social media about the shortage of personal protective equipment at his hospital.

As one NYC hospital worker anonymously told Politico: “I am very afraid I would be fired for [sharing the guidance with a reporter], which just makes me think they are more afraid of their image than actually having the patients cared for…I am a valuable asset, yet the fact that I am speaking up for my patients, colleagues and myself would have me terminated is not okay. It is an injustice that they overrule us with fear.”

Thankfully, there is a clear model for how to address this problem: Our proposal would give health-care workers protections from being fired without “just cause” and would make clear that blowing the whistle about safety conditions for patients and staff alike is not an acceptable cause for termination. 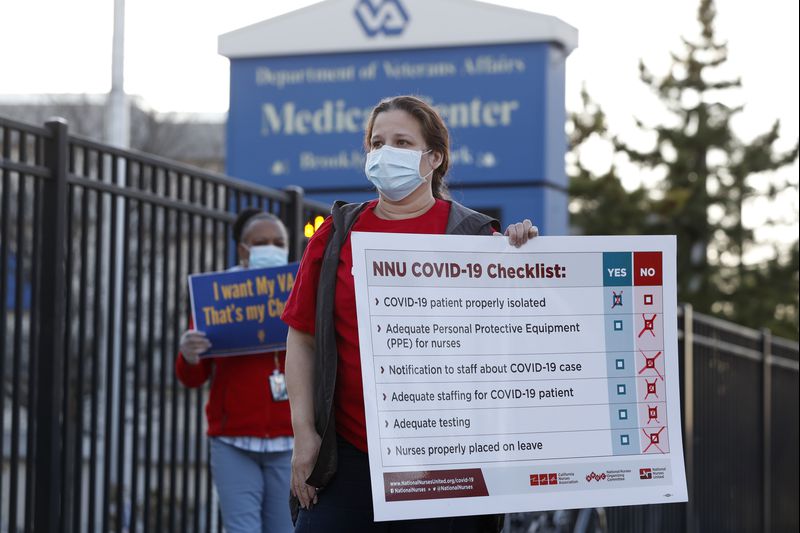 Coronavirus in New York: How the state has been changed by the outbreak

Just-cause protections already exist for many unionized workers, but in an at-will employment state like New York, most workers can still be fired on a whim. This proposal is modeled on legislation we have been working on to extend such protections to fast-food workers, because it couldn’t be clearer that whether you are a doctor, a fast-food or an Amazon worker, if you speak up, you can become expendable very quickly.

Doctors, nurses and other health care professionals are putting their lives on the line. The least we can do is protect their jobs so that they can keep speaking out about critical conditions.

Lander represents parts of Cobble Hill, Gowanus, Park Slope and other neighborhoods in the City Council.