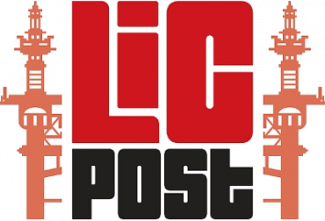 Two council members are pushing the Department of Transportation (DOT) to add a dedicated pedestrian pathway to the Queensboro Bridge as soon as possible.

Council Members Ben Kallos and Jimmy Van Bramer want the DOT to open a pedestrian pathway on the bridge’s south outer roadway. Currently, pedestrians and cyclists share one narrow path along the northern edge of the bridge that many say is congested and hazardous.

Under the plan, the northern pathway would be dedicated for bicyclists and the south outer roadway–currently used by motorists– would be repurposed for pedestrians.

The lawmakers, who represent districts that flank the Queensboro Bridge, wrote a joint op-ed, published Thursday calling on the city to add the pedestrian path now.

The pair even pledged to use a portion of their discretionary capital funds to help make it happen.

“I’m actually putting up money to get it done. It takes more than talk,” Van Bramer told Streetsblog. “We need this to be done now.”

The DOT has said that it plans to reconfigure the outer roadway– and create the dedicated pedestrian pathway–after it repairs and upgrades the bridge. The revamp is expected to be completed by the fall of 2022.

“DOT is currently undertaking major and urgent safety upgrades to the Queensboro Bridge, which is a 100 years old,” a spokesperson for the agency told the Queens Post last week. “Mayor de Blasio and Commissioner Trottenberg have made it clear that it is their intention to repurpose the South Outer Roadway… as soon as the current construction work is complete and the funding is available.”

DOT Commissioner Polly Trottenberg has since said the department is open to ideas and the agency has since reached out to the two council members to schedule a meeting.

“I was very heartened to see that the council would be willing to cover the cost of the project,” Trottenberg said at a press conference, according to Streetsblog. “We are very open to sitting down with elected officials, and if some of our assumptions are wrong and we can do this differently and less expensively, we would love to do that.”

A spokesperson for Kallos said the DOT has since reached out both to his office and Van Bramer’s and they are currently scheduling a meeting to discuss other options.

Kallos wants to assess if it’s possible to roll the construction of the pedestrian pathway into the current bridge project, according to his spokesperson, or if there is way to create a temporary solution in the meantime.

The council members and transportation advocates have been calling on the city to implement separate bike and pedestrian lanes along the bridge for years.

Earlier this month, State Sen. Mike Gianaris, Van Bramer and Council Member Costa Constantinides — among others — wrote a letter to Trottenberg and the mayor citing an “urgent need” to add the pedestrian lane.

Juan Restrepo, Queens organizer for Transportation Alternatives, called Trottenberg’s recent comments “the biggest shift” to date in the DOT’s attitude toward moving up the timeline on the pedestrian lane.