DNAinfo.com 'Tenant Blacklist' Firms Could Be Regulated Under Proposed Legislation by Dusica Malesevic 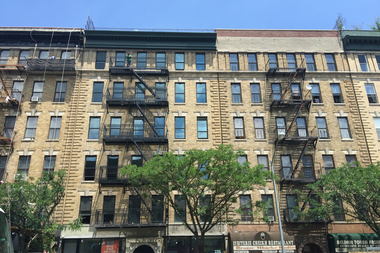 NEW YORK CITY — Companies that create so-called "tenant blacklists" — used by landlords to deny prospective renters from getting apartments — could become regulated under a new piece of City Council legislation.

The "blacklists" are created using housing court cases but the reason for the court case and its outcome are often not included in the reports, officials said. The lists are sold to landlords along with credit reports.

"It's insane that asserting your rights in court — or being wrongfully dragged to court by your landlord — can get you practically exiled from New York City," said Manhattan Borough President Gale Brewer in a statement.

The bill was authored by Councilman Ben Kallos, who introduced the legislation with Public Advocate Leticia James and Brewer in an announcement Tuesday.

The proposed legislation would require the firms to provide a more complete picture. For each housing court case mentioned, information such as who initiated the case, the claims alleged, all parties involved, and the current status or outcome would be included, according to the press release.

It would also require anyone who assembles or evaluates screening reports that rely on court histories to register and get a license from the city's Department of Consumer Affairs. The department would also be tasked with enforcement, fining $500 per inaccurate report and up to $5,000 for noncompliance.

Firms that provide a list of those named in housing court cases without details such as the outcome of the case include CoreLogic Safe Rent, TransUnion Rental Screening Solution, On-Site and ALM, according to the release. CoreLogic and TransUnion did not respond to requests for comment on the legislation.

According to the Daily News, companies like CoreLogic and TransUnion create their lists by cross-referencing index numbers, which they buy from the state court system, with court files.

The legislation, which has also received support from Assembly Member Daniel O’Donnell and State Senator Liz Krueger, would also allow a tenant to bring their own case in court if they believed they had been harmed by an inaccurate screening report.