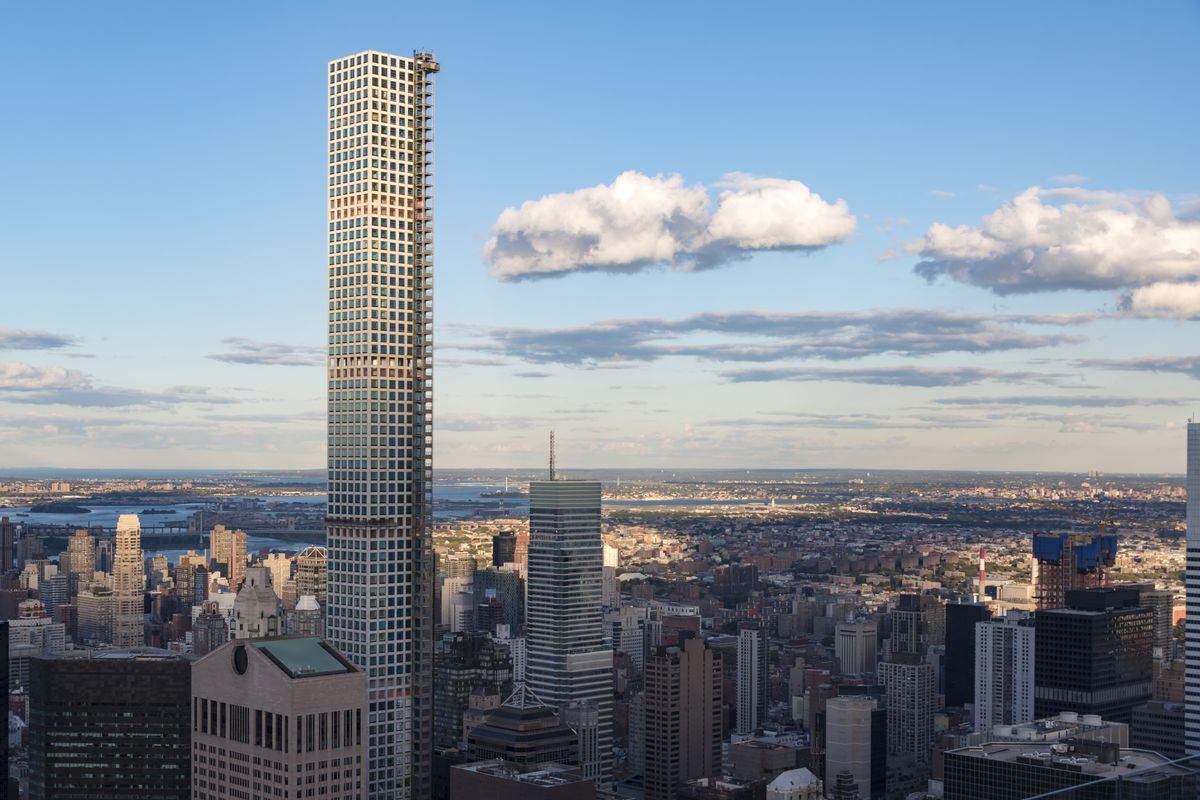 A Manhattan lawmaker wants to give communities a new tool in their fight against hulking towers: advance notice of when air rights transfers occur.

City Council member Ben Kallos, who represents the Upper East Side, introduced a bill Thursday that would mandate the Department of Finance notify and provide the local community board, councilmember, borough president, and City Council Speaker with the relevant documentation within five days of such a transfer occurring, according to Kallos. The legislation, he says, will give New Yorkers more time to prepare when a developer is cobbling together air rights or zoning lots to build towering buildings that loom over neighbors, and may give them pause before selling their unused development rights.

“My hope is that folks may say, ‘Not today. I’m not going to sell out and I’m not going to sell you my air rights,’” Kallos told Curbed. “When you’re racing the clock every second counts. The community needs as much notice as possible so that they can react and work with the developer to either get a responsible building or take necessary actions.”

A handful of neighborhoods have done just that, coming together to fight large buildings like Gamma Real Estate’s 58 Sutton, which could have had a more bulked up density had it not been for a rushed rezoning. More recently, projects like the recently topped-out 200 Amsterdam Avenue have faced legal challenges; the building has been the subject of much scrutiny, with elected officials and preservationists arguing that the property was erected on an unlawfully crafted “gerrymandered” lot.

Often times, as developers snatch up air rights or merge zoning lots for a projects, locals do not learn the full scope of a project until it’s well on its way to becoming a reality. And when they do learn, it can be a mad dash for community advocates to the courts to have their cases heard. In the case of 200 Amsterdam, the building topped out amid pending legal challenges, which makes it highly unlikely the project will be reversed.

The bill has the backing of councilmembers Helen Rosenthal, Antonio Reynoso, Mark Levine, and Keith Powers, and was introduced in conjunction with Manhattan Borough President Gale Brewer, who has long said Manhattan’s proliferation of towering buildings is eroding neighbor character.

“Many of these developments are out of context with their surrounding communities, destroying the neighborhood fabric,” Manhattan Borough President Gale Brewer said in a statement. “In the fight against this type of overdevelopment, we need as much of a heads-up as we can get, and this piece of legislation helps achieve that.”

The information Kallos wants greater community notice for is already publicly accessible; i’s just a matter of ensuring local leaders are given a prompt heads up, he says.

“All of this is already public information,” he says. “All this does is put people in a situation where instead of having to sit there and look on ACRIS everyday, which we’ve actually done in my office, people would get notified when it’s happening.”

The bill will no doubt be unpopular with the real estate industry, but Kallos says he doesn’t see the industry as being the “same challenge it historically has been.” The Real Estate Board of New York did return requests for comment.

“If they got a case on the merits of why the community shouldn’t know what’s going on I’d be open to hearing it,” says Kallos.

The bill is scheduled for a City Council land use committee hearing on September 26.