The city is many millions of N95 masks and protective gloves away from reaching its goal of stockpiling 90 days worth of crucial gear for frontline medical workers, figures released Wednesday by City Hall show.

And even as COVID-19 infections grow, the key personal protective equipment (PPE) items won’t fully be in place for at least another month, THE CITY has learned.

The city Department of Health & Mental Hygiene has estimated — based on the peak use of PPE during the height of the pandemic in April — that 13.5 million N95 masks are needed to provide a 90-day reserve.

A press release put out by the de Blasio administration as the city went into holiday mode Wednesday shows 9.5 million in stock.

Meanwhile, the mayor reported that the city has 30.4 million pairs of nitrile gloves — less than one-sixth the 185 million pairs the city health department believes necessary for a full 90-day supply.

The mayor’s press release did not mention the stockpile goals. 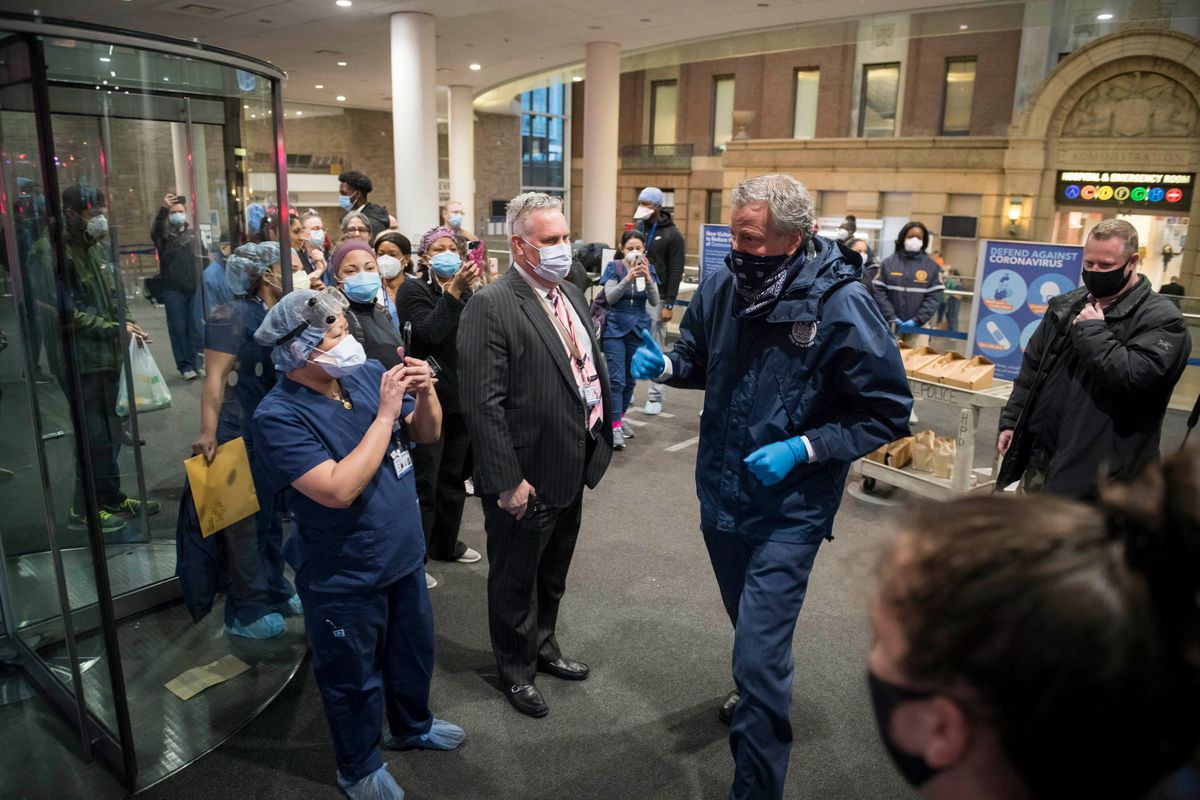 The city’s best estimates for reaching the 90-day quantities are the “end of December” for N95 masks and the end of January for nitrile gloves, according to records obtained by THE CITY.

The health department is ahead of the game on its reserves of protective gowns, surgical masks and goggles, and is getting close on face shields, the records show.

Still, Councilmember Ben Kallos (D-Manhattan) told THE CITY: “It is dishonest for Mayor de Blasio to claim a victory while putting out PPE numbers without sharing that we are dangerously far from meeting our goal.”

In July, the state Department of Health issued an emergency order requiring all New York hospitals to have a 90-day supply of personal protective gear in place by Sept. 30. As THE CITY reported Monday, not all hospitals in the five boroughs have met the mandate.

New York City is not subject to the edict but, under de Blasio’s orders, began preparing for a potential second wave back over the summer, vowing to amass its own 90-day PPE supply as a backup for local hospitals.

THE CITY asked for a breakdown of the stockpile inventory on Nov. 12, but de Blasio administration officials ignored repeated requests for the information.

On Wednesday, de Blasio’s press release provided the specifics, touting 150 million PPE items on hand and a $900 million stockpile budget. “A second wave is at our doorstep, and we’re taking zero chances on preparedness,” the mayor said in a statement.

But the release did not measure the stockpile against the 90-day standard the administration had set for itself.

“The public needs to know that we are dangerously far from having enough N95 masks that are a key tool in fighting this disease,” Kallos said. 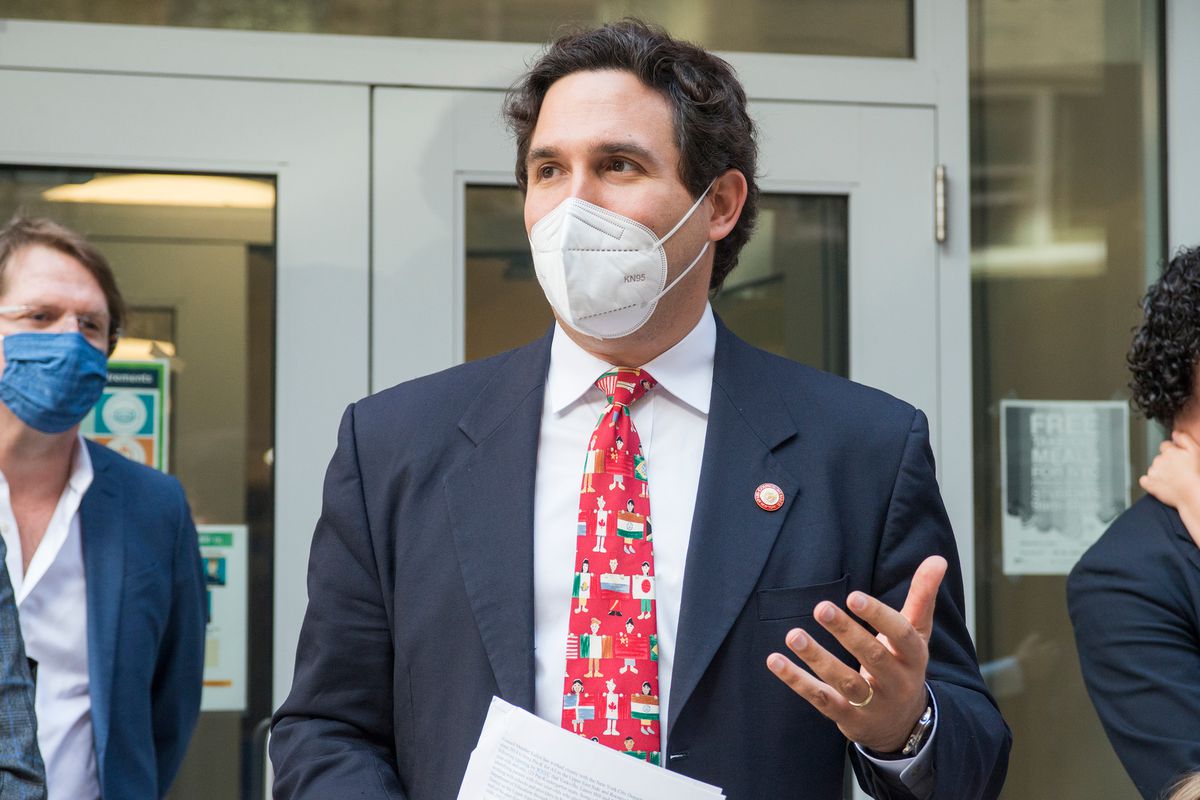 The shortfall in the city’s supply goals emerged as the number of new COVID patients showing up at hospitals across the state has grown steadily in recent weeks.

‘Staff and Patients at Risk’

The New York State Nurses Association on Wednesday raised concerns about the available stockpile of much-needed protective gear at hospitals across the state.

In an emailed statement, the union’s executive director, Pat Kane, an RN, said as more COVID-19 patients are being hospitalized, nurses at some facilities have been forced to re-use masks — a shortcut she says will lead to disaster.

“This practice puts staff and patients at risk,” she wrote. “Yet many of our nurses serving the very communities disproportionately affected by COVID-19 report being told to do this. We are calling on health care policy makers to keep staff and patients safe, in all our hospitals, by stopping this dangerous practice and ending the inequality we continue to see within our health care system.”

Her statement echoed the experiences of nurses at some local hospitals who recently told THE CITY they are not getting an adequate supply of N95s. 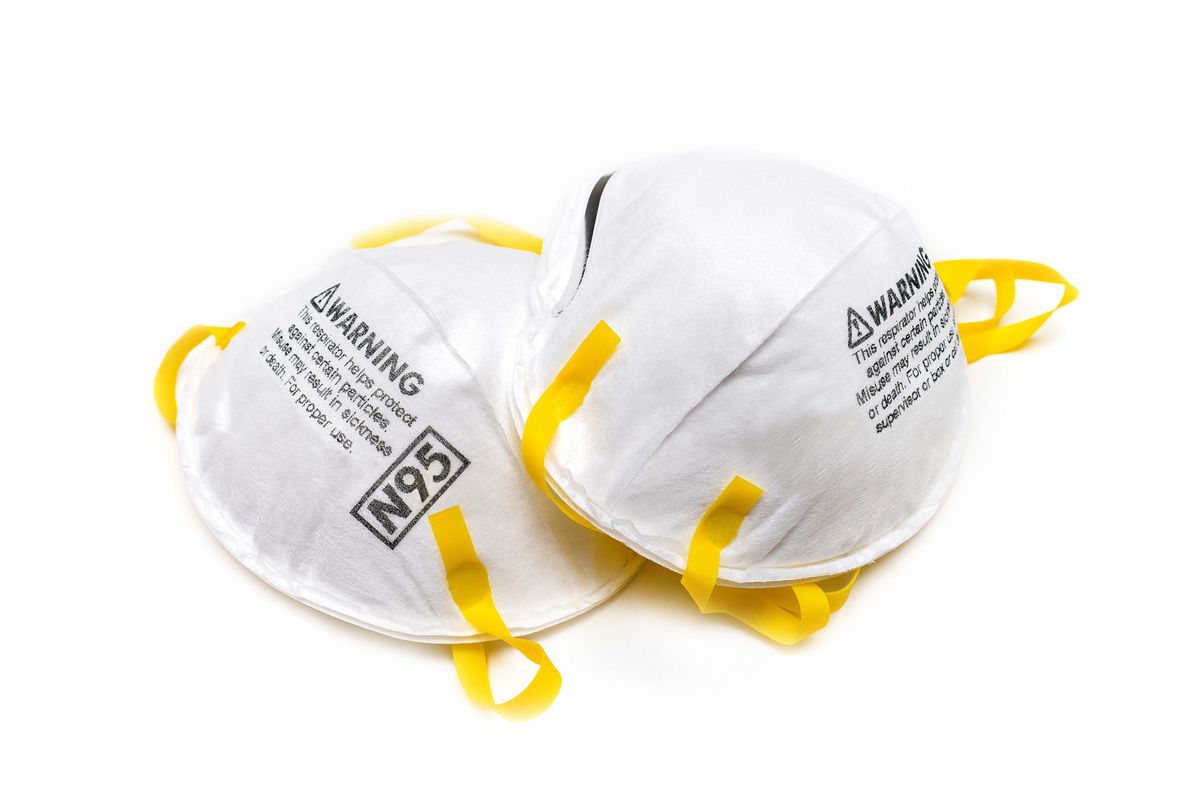 At the city-run Bellevue Hospital, nurses get three N95s per week and must re-use masks when they work a fourth day every other weekend. At Staten Island University Hospital North, nurses say they have demanded one N95 per patient but receive one per shift.

Jonah Bruno, a spokesperson for the state Department of Health, said, “We continue to work with all hospitals and nursing homes throughout the state to ensure they have access to PPE necessary to meet their daily demands and maintain the required 90 day supply.”

‘On Track to Meet Our Goals’

Jamie Torres Springer, first deputy commissioner of the Department of Design and Construction, an agency involved in amassing the stockpile, said at the Oct. 22 hearing that enough N95 masks would be in place “by the end of the month.”

Torres Springer said he did not know the specific number of N95s then in the stockpile, but promised to provide Kallos the information. He did not do so until Tuesday after Kallos threatened to subpoena the documents, the Council member said.

“We’re on track to meet our goals for N95s and face shields by the end of the year, as allowed by the supply chain and current demand for both items,” she said. “The global supply chain is currently experiencing an issue with the nitrile gloves. However, hospitals report having an ample supply of gloves — upwards of 280 million — and we’re confident we’ll be able to supplement their supplies as necessary.”

State officials, who also blamed supply-chain problems, would not disclose which hospitals are on target and which are not to meet the 90-day stockpile required by the July emergency order.

On Wednesday, spokespersons for Mount Sinai, Montefiore and New York Presbyterian hospitals all said they have on hand the 90-day supply of PPEs mandated by the state.

A spokesperson for Northwell Health said Tuesday the group is “very well prepared with the resources, PPE, staff and experience we need to treat these patients while keeping the hospital clean and safe for everyone.”