As leader of the City Council, she drives much of the legislative body’s agenda and has considerable sway over which bills advance. In her annual State of the City addresses, she has laid out her own ambitious agenda emphasizing criminal justice reforms and protections for immigrants. On the legislative front, she led the way in 2016 with 22 bills introduced and 20 signed into law.

While working closely with Mayor Bill de Blasio, Mark-Viverito has flexed her muscles in halting legislation as well. One noteworthy example was her decision to work with the New York City Police Department to implement changes voluntarily instead of passing The Right to Know Act, a legislative criminal justice reform package that had garnered the support of a majority of the council’s members.

The speaker had the best attendance, tying with City Council Minority Leader Steven Matteo for a perfect record last year. To be fair, Mark-Viverito had an easier job, with only 32 meetings that she was obligated to attend in 2016, primarily the stated meetings that convene the full council. Most of the other council members had at least twice that many meetings, including dozens of committee meetings. Matteo, for example, showed up for 115 meetings in 2016. City Councilman Ydanis Rodriguez had a whopping 172 meetings to attend.

Mark-Viverito’s office performed well on measures of responsiveness, replying to a media request within minutes and providing a detailed answer to an anonymous constituent question within one day. She also enjoys a high level of visibility, thanks in large part to her prominent leadership role. But she has also cultivated a dedicated following on social media, leading the City Council in the number of Twitter followers.

With Mark-Viverito wrapping up her last year in office, she’ll be passing off the leadership duties to another member in a matter of months. Among the leading contenders for the City Council speakership are City Councilman Mark Levine of Manhattan, who ranks seventh on our list, Queens City Councilman Jimmy Van Bramer, who’s ninth, Manhattan City Councilman Corey Johnson at No. 23, and City Councilman Donovan Richards at No. 32. Will one of them be next year’s No. 1?

The Manhattanite has played a key role on a number of major developments during his tenure, from an affordable housing preservation deal at Stuyvesant Town-Peter Cooper Village to the Midtown East rezoning. The term-limited councilman considered but passed on a run for mayor. 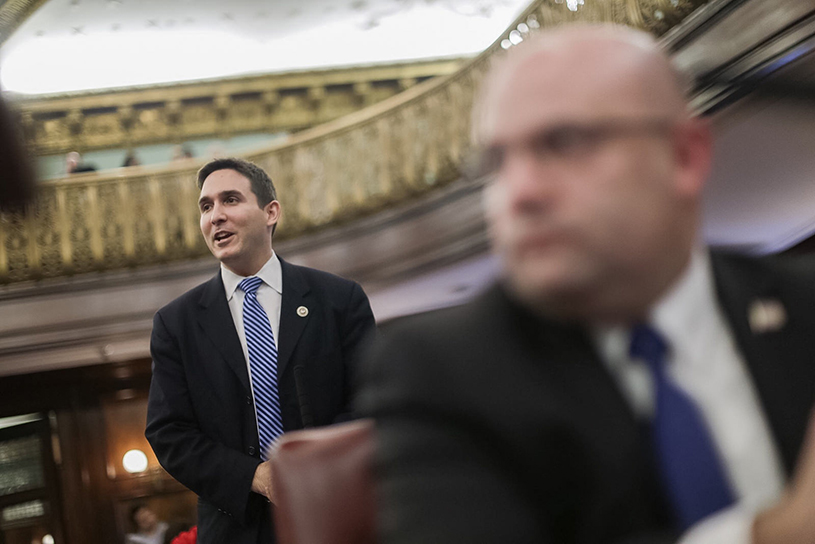 As chairwoman of the Fire and Criminal Justice Services Committee, the Queens councilwoman has shepherded legislation through the City Council dealing with such hot-button issues as curbing violence at Rikers Island, emergency response times and various police reforms.