Midtown East, NY – Magic was in the air as residents of all ages came out to celebrate a new park for Sutton Place built a top a deck over the F.D.R. Drive. What was once a private garden connecting two small parks at 57th and 56th Streets will now add some 10,000 square feet of park space to a Council District known for having the least park space per capita in the city. The new park was the result of a collaboration between the Parks Department and 1 Sutton Place South who subdivided their private garden in order to provide more park space for the community.  Elected officials joined Sutton Place Parks Conservancy and Sutton Area Community for a ribbon cutting and celebration that included music, games, and magic. 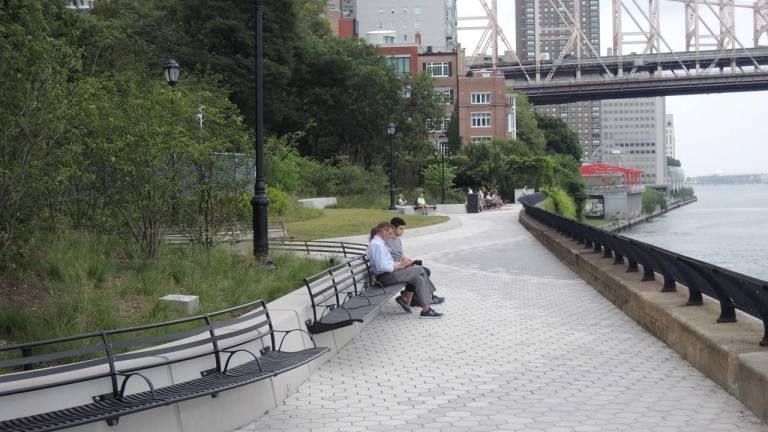 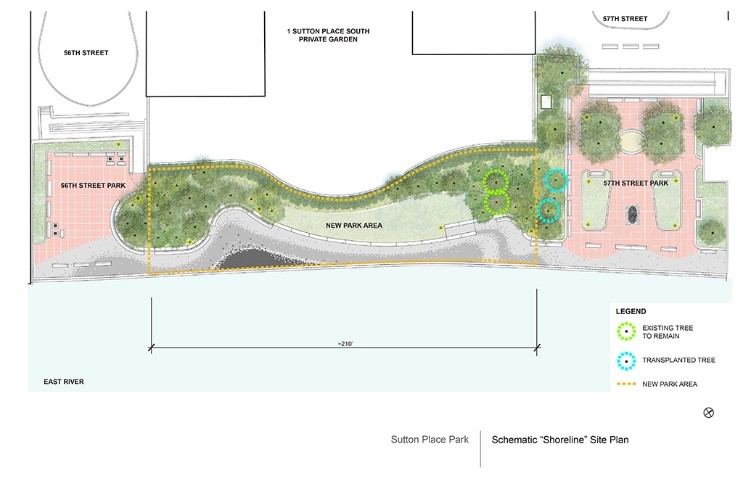 
In 1939 when the F.D.R. Drive was originally being built, Mayor Fiorello La Guardia, Robert Moses, and Paul Hammond, a racing yachtsman who lived at 1 Sutton Place South negotiated a permanent easement in a friendly condemnation proceeding, where the city agreed to provide the decking and pour soil over the roof to protect against the noise and odor of passing cars, leasing it back to the coop for $1 a year for 50 years.

The new park began moving forward following a 2011 agreement between the city and 1 Sutton Place South with $1 million from the cooperating and $1 million secured from the city by then Council Member Jessica Lappin. An additional $875,000 was secured by Council Member Ben Kallos in 2017, bringing total funding for this public-private partnership to $2,875,000. The initial design was approved by the Public Design Commission in 2013 with beginning in 2017 and completed in August of this year.

“We are proud to have partnered with the City to create a public park that will benefit the entire Sutton Place community. The opening of the park is an exciting moment for the neighborhood, adding new amenities to the waterfront,” said Joshua Berkowitz, Chairman of the Board of the 1 Sutton Place South cooperative. “We are grateful to the Sutton Place Parks Conservancy for its commitment to the maintenance and preservation of this beautiful park and all of the other green places in our community.”

“Open, green community spaces are a critical part of urban infrastructure and so important to New York City. I commend the NYC Parks Department and 1 Sutton Place South for opening this beautiful park in a community with the least park space per capita in the city. Thank you Council Member Kallos for continuing to champion this issue and working to transform the district by expanding green space. I am so excited to check out the park!,” said Congress Member Carolyn Maloney, Co-Chair of the East River Esplanade Taskforce.

“Block by block we are adding more parks space and opening new parks all over the district to give the most crowded neighborhood in the city the green space they need to escape the din of the city,” said Council Member Ben Kallos, Co-Chair of the East River Esplanade Taskforce. “Thank you to the residents of 1 Sutton Place South and Parks Department for the private-public partnership in building this park, my predecessor Council Member Jessica Lappin for getting this project started, and to the Sutton Area Community and Sutton Place Parks Conservancy and East River Esplanade Taskforce Co-Chair Congress Member Carolyn Maloney for working with me to keep this project on track and get it built.”

"It's thrilling to finally give this parkland back to the public.  It took a lot of negotiating and wrangling over the last decade to turn an exclusive backyard into a public esplanade.  And now we can all enjoy the view and breeze while sitting or strolling through this new waterfront park.  Thanks to the leadership at One Sutton Place, the Sutton Area Community Group, CB6, the Parks Department, Council Member Kallos and everyone who played a role in creating Sutton Place Park" , said former Council Member Jessica Lappin.

“In a bustling city like ours, it’s incredibly important for residents to have access to public spaces that provide some respite,” said Assemblymember Dan Quart. “The newly opened Sutton Place Park will allow East Side residents more convenient access to green spaces and the waterfront, and benefit all New Yorkers looking to get away.”

“This new park will give residents a natural place to escape to and enjoy New York City’s expanding green space. Public parks like this one are not only important to our Sutton Place residents but to everyone in our district who will have the opportunity to enjoy them. Congratulations to Council Member Kallos and my colleagues in government for getting this done.”, said Council Member Keith Powers.

“After years of discussion and construction, the Conservancy is delighted to celebrate the opening of the beautiful new park that links with the two at 57th and 56th streets for a spectacular view over the East River. Thanks to Councilman Ben Kallos, the Parks Department and our neighbors at 1 Sutton Place South for their support along the way. We’ll do out best to help keep the new park clean, safe and beautiful for all to enjoy, “said Pat Scharlin Taylor, President Sutton Place Parks Conservancy

“Manhattan Community Board 6 (CB6) is thrilled that Sutton Place Park is now open to district residents. For the past 30 years, CB6 has played an active role in advocating for public access to Sutton Place Park. During this time, CB6 worked to secure the transfer of ownership of Sutton Place Park from private hands to the Parks Department. CB6 advocated for funds for the public park and helped shape its redesign, objecting to the initial plan, which would have fenced off the park and siphoned off public access. In both cases, Gary Papush, a longtime member and former Parks Committee Chair, led the charge. In future months, we look forward to the addition of a community garden for the district’s use! This is indeed a happy day in the life of this storied park. CB6 offers its congratulations to all stakeholders,” said Community Board 6 Chair Mollie Hollister.