New York, NY – Communities seeking to fight back against living in the shadow of supertall buildings for billionaires seeking better views could get a new weapon in the form of a public notice provided when real estate 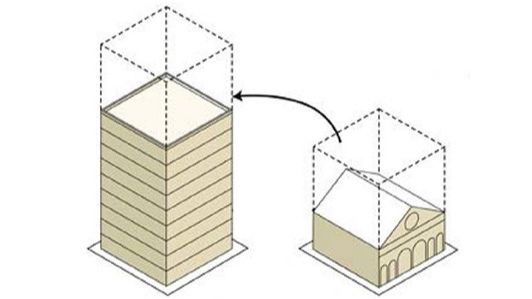 developers transfer development rights, under legislation authored by Council Member Ben Kallos. Introduction 1701 of 2019 would require that anytime a transfer of a development site is recorded with the city a copy be provided within 5 days to the relevant Community Board, Council Member, and Borough President along with the Speaker of the City Council.

While New York City is no stranger to tall buildings, ever since the birth of Billionaire’s Row with 432 Park Avenue, developers have been using the transfer of development rights to stack all the development rights on to very small lots seeking to build narrow supertall buildings (in excess of 984 feet). Now development of out of context skyscrapers and supertalls are being proposed for residential neighborhoods at 58 Sutton, 180 East 88th Street, 249 East 62nd Street, 200 Amsterdam Avenue, and 50 West 66th Street, all of which have faced fierce community challenge. Residents involved in the transfers often do not know they are helping bring a supertall to their community and community challenges are often a race to the clock making public notice essential.

"One by one we see storefronts shutter, lights out in apartments at night, at first just buildings, then whole city blocks go abandoned, a blight in even the nicest of neighborhoods. We're solving the mystery of who is buying what so that neighbors know what is going on and the community can respond in time to do something about it," said Council Member Ben Kallos who has actually thwarted a developer's assemblage of development rights at 58 Sutton. "Residents in my district really didn't know they were helping a developer amass development rights for a supertall and once they found out with lots of work we were able to stop the developer in his tracks and cut the height down."

“Manhattan has seen far too many buildings become massive thanks to development rights that are assembled in near-darkness,” said Manhattan Borough President Gale Brewer. “Many of these developments are out of context with their surrounding communities, destroying the neighborhood fabric. In the fight against this type of overdevelopment, we need as much of a heads-up as we can get, and this piece of legislation helps achieve that.”

“I am honored to co-sponsor this legislation with Council Member Kallos. Both of our communities, and indeed communities across the five boroughs, find themselves outgunned and too often in the dark when it comes to development projects that will have an enormous impact on their quality of life. The bottom line is that New Yorkers deserve transparency. If residents are being asked to cope with the impacts of increased density, they are entitled to real-time notification that development rights are being transferred in preparation for a structure that is significantly larger than what currently exists,” said Council Member Helen Rosenthal.

"Communities across the City have long asked for transparency and accountability in developments that affect their neighborhoods. I am glad to sponsor legislation from Council Member Kallos that would alert New Yorkers when development rights are transferred between buildings. This is an important step to empower New Yorkers,” said Council Member Keith Powers.

Multiple Manhattan Community Boards have passed resolutions calling for these types of notices.

"CB8 feels strongly that communities need to know about the transfer of development rights because such transfers, by increasing the bulk of planned developments, have a profound effect on residents and businesses," said Alida Camp, Chair of Community Board 8 Manhattan. "Land use decisions that impact neighborhoods must be transparent. This legislation, by requiring such transparency, supports the communities’ interest in having a voice in land use decisions."

“The legislation introduced by Council Member Kallos would provide immensely valuable knowledge to community leaders to better understand what’s happening on their blocks. It is a tool long called for by Community Board Five, a tool much needed to provide transparency to the very secretive and opaque process of air rights transfers,” said Layla Law-Gisiko Chair of Community Board 5

Advocacy organizations from all over the city also joined in advocating for this legislation.

“The fact that a buyer of a studio apartment is subject to greater transparency and public disclosure obligations than a developer amassing millions of square feet in air rights has long been one of the great absurdities of New York real estate,” said Elizabeth Goldstein, President of the Municipal Art Society of New York (MAS). “We applaud the introduction of this bill, which delivers on one of the key recommendations in MAS’s blueprint for zoning reform, our 2017 Accidental Skyline report. We urge the City Council to pass this legislation without delay.”

“Often the community can sense a real estate transaction coming together but cannot properly assess the potential without knowing all of the Floor Area Ratio a single development may have in play.  This legislation allows communities to better protect their character and assess how best to utilize their resources. This acknowledgment of where and when air rights will be reapportioned is long overdue. By requiring, this disclosure we will give existing resident property owners critical information about potential changes in value to their own property.  The developer will no longer be assembling their respective sites in secret,” said Sean Khorsandi, Executive Director, LandmarkWest!

“Increasing transparency around zoning lot mergers and transfers of development rights has long been a priority for FRIENDS of the Upper East Side, and we applaud Council Member Kallos for introducing this sensible, good government legislation. Currently, most TDRs happen under the cover of darkness from the community perspective, a fait accompli that makes a large new non-contextual development all but certain. Prompt public notice of TDRs to local elected officials and community boards would facilitate greater public involvement and transparency and could be seen as a first step in the process of building a centralized, publicly-accessible database of all zoning lots in New York City," said Rachel Levy Executive Director FRIENDS of the Upper East Side Historic Districts.

“The stacking of development rights from multiple lots to build supertalls typically involves some sort of zoning chicanery and manipulation which should not withstand the scrutiny of the light of day. By giving communities notification of these plans as early in the process as possible, Councilmember Kallos’ legislation allows them to give them the thorough review they often do not get from city agencies, and pursue challenges when necessary. It’s a potentially important tool in the ongoing fight of New Yorkers to protect the character of their neighborhoods and prevent both overdevelopment and the abuse of zoning regulations,” said Andrew Berman, Executive Director of Village Preservation.

“The timely public notification of transfers of development rights is an excellent example of good governance. It allows affected communities to be alerted to the possibility that a major out-of-scale development could occur.  Given that deadlines for challenging building plans are extremely tight, this bill will serve as the canary in the mineshaft. We applaud this initiative by Council Member Ben Kallos and strongly support this bill," said Lo van der Valk, President, Carnegie Hill Neighbors.