New York, NY- The Upper East Side, known for its quaint side streets and expensive housing, will be offering affordable housing opportunities to 10 lucky individuals through newly constructed cooperative apartments. Today, Council Member Ben Kallos and the City Council approved a tax exemption for the 10 units developed by Beach Path, LLC  and Hirschen Singer & Epstein LLP and at 1402 York Avenue, located in Council District 5 and Community District 8. Kallos worked personally with the developers to reduce costs for coop owners in comparison to what was initially proposed. The units will be offered to eligible buyers that qualify as low-income households at 80% AMI  $63,860 for an individual or $72,800 for a couple, with an estimated sales prices ranging from $23,972 to $64,437. Applications for affordable housing will be available in the coming weeks at HousingConnect.nyc.gov 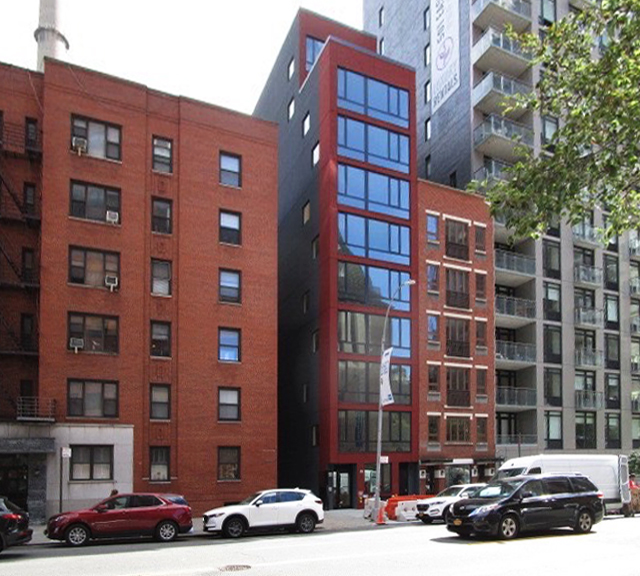 “New York City is a city of renters. However, homeownership should also be possible and that is where this great program with HPD comes into place,” said Council Member Ben Kallos. “I am grateful for the work and the cooperation of Beach Path, LLC and Hirschen Singer & Epstein LLP and here to make this possible for middle-income New Yorkers who qualify. As a city, if we are ever going to get past this housing crisis we will have to use every tool available.”

“As developers we are very proud to finally be able to bring this project to fruition and work with the councilman and HPD to help curb the housing shortage that our city faces,  said Enrico Scarda on behalf of Beach Path, LLC”

One of the newly constructed studio apartments will be on the first floor, separate from the affordable coop apartments. The project came together as a result of a partnership between New York City’s Housing Preservation Department’s (HPD) Inclusionary Housing program, Council Member Ben Kallos The Crest Group, and the development was designed by Kossar + Garry Architects, LLP, at a construction cost of approximately $9 million.

Amenities in the building for residents’ use include a bicycle storage room, fitness center and common roof terrace. The studio apartments include washer and dryer hookups and expansive street-facing windows to maximize natural light. Transit lines near the building include the Q train and the M15-SBS, M31 and M57 bus lines.

These are the first affordable homeownership opportunities in Council District 5, bolstering the Council Member’s record of creating or preserving 1,000 units of affordable housing.

As the former chair of the subcommittee on Planning, Dispositions and Concessions, Kallos was able to preserve nearly 6,000 units of affordable housing, all of which are listed in the housing portal that HPD was required to create as a result of legislation he authored.