NYC Council Members Mark Levine and Ben Kallos on Monday announced on the steps of City Hall a resolution to hold accountable companies who profited from the Holocaust and have not paid restitution to Holocaust survivors and their families currently living in the New York City area. The two sponsors of the resolution, to be brought up at Tuesday’s City Council stated meeting, were joined by Rep. Carolyn Maloney who passed similar legislation on a federal level.

NYC Jewish Caucus chairman, Council Member Mark Levine (D-7th district) and Council Member Ben Kallos (D – 5th district) announced Sunday a resolution calling upon the New York State government to prohibit companies and their affiliates who profited from the Holocaust and have not yet paid restitution, from being awarded government contracts. The resolution will be introduced on Tuesday, April 29 at the City Council Stated Meeting.

A busy night in the life of Gale Brewer

Community board members would face term limits if a resolution introduced in the City Council is adopted by boards across the city.

At PS 290 in Manhattan, City Councilman Ben Kallos (D) joined the protests and chanted along, earning the praise of the parents as well as Principal Sharon Hill. 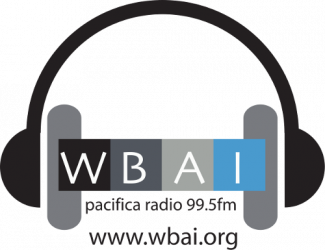 City Watch invites guests who are  involved with social, economic, political and cultural issues in New York City. Our guests give information that we hope will enable our listeners to actively participate in a more informed way.

Listen to the show

New York City Mayor Bill de Blasio followed the lead of President Obama and New York City Council member Ben Kallos Friday by participating in a Google Hangout to help mark his first 100 days in office, in which the conversation focused on expanding access to technology opportunities through education and ensuring that the needs of the so-called "outer boroughs" aren't overlooked.

We asked some other newcomers to reflect on their first 3.33 months.

Elected officials, HPD at odds over downsizing for Section 8 tenants

Councilman calls for deeper look into costs, effects of East Side Transfer station

Direct Democracy In Action: Voting On How The Government Spends Your Money

It would be tough to find something people like to complain about more than politicians. Now, thanks to New York City's Participatory Budgeting project, we get to do part of their job for them.

With the fast flow of information these days, the average citizen can easily be just as informed as any local politician or policy wonk. So why do we need politicians to spend our tax dollars for us? Especially when it comes local communities, people have a visceral and intuitive understanding of the changes they want to see.

City Councilman Ben Kallos slammed the Board of Elections in a letter Wednesday for its blame-dodging response to a scathing Department of Investigation probe.

Kallos, chair of the Governmental Operations committee, had told to board to hand in a plan on how they’d fix a slew of problems identified by DOI, which found the board was riddled with nepotism and allowed dead people to vote.

Instead, officials at the problem-plagued agency sent in a response that dismissed most of DOI’s recommendations as outdated and vague.