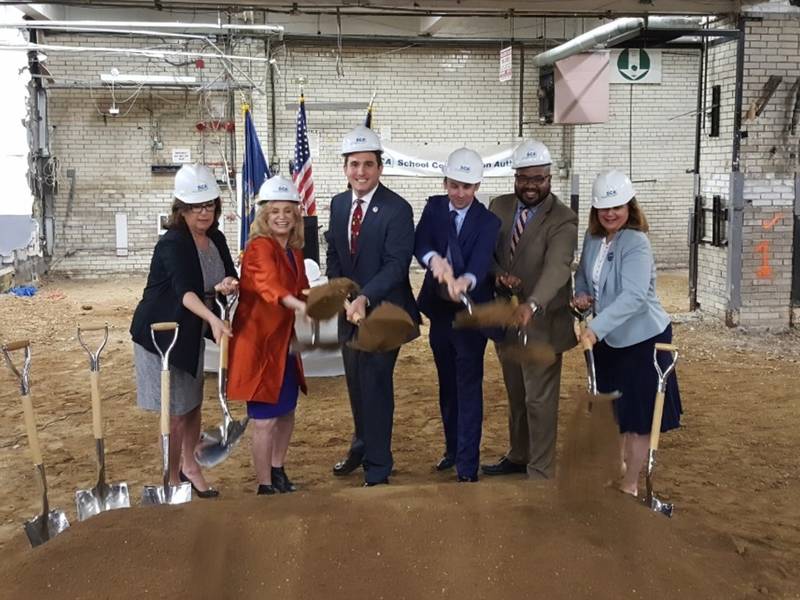 The new facility, located on East 76th Street between First and Second avenues, will bring 180 additional pre-k seats to the neighborhood by the 2019 school year, officials said. The facility should help the city Department of Education meet the demand for pre-k on the Upper East Side.

City Councilman Ben Kallos said years of advocacy from neighborhood parents and elected officials for more pre-k seats in the neighborhood is beginning to pay off.

"Seat by seat, class by class, and now building by building we are making sure the City opens up more pre-kindergarten seats so every four-year-old in my district can participate without commuting for an hour each way," Kallos said in a statement. "Thank you the School Construction Authority for starting the work on this much needed new facility."

For the 2017-2018 school year 736 families applied for pre-k seats on the Upper East Side, but the neighborhood only had 550 seats, officials said. In addition to the 180 seats at the new East 76th Street facility, the city has pledged to add 234 seats at new facilities on East 57th and East 95th Streets.

The New York City Department of Education started accepting pre-kindergarten applications for the 2018-2019 school year in February. While the application deadline was March 30, families can still apply to be placed on a wait list.

"Today is an exciting day for the Upper East Side community. Since 2014, we have worked with Council Member Kallos, SCA President Lorraine Grillo, and Superintendent Bonnie Laboy to quadruple the number of free, full-day, high-quality pre-K seats on the Upper East Side, and we are now on track to add over 400 seats and meet need in this area by 2019," Deputy Schools Chancellor Josh Wallack said in a statement.