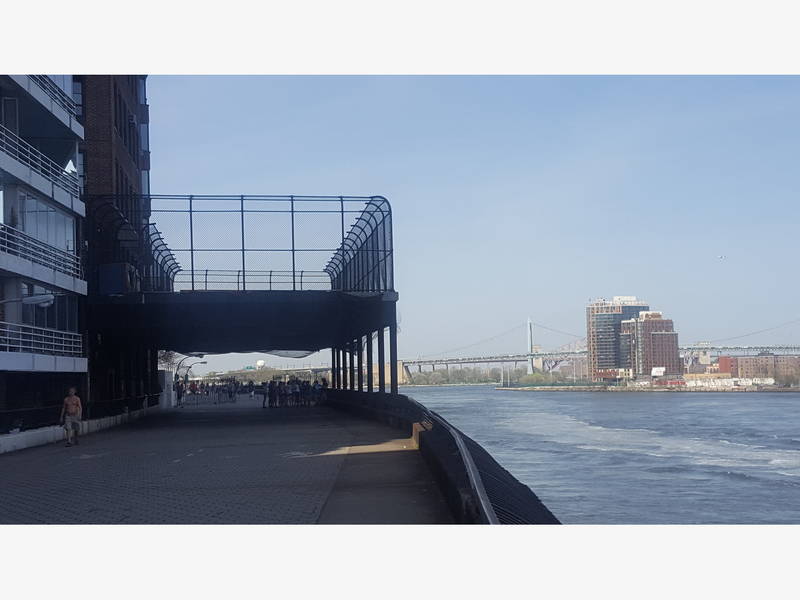 UPPER EAST SIDE, NY — An Upper East Side private school has pledged to complete a $1 million renovation project on part of the East River Esplanade in an agreement to lease the space, city officials announced this week.

The Brearley School will lease "The Pier" — an 3,720-square-foot elevated platform above the John Finley Walk between East 82nd and 83rd streets — for the next 20 years with the option for two 10 year renewals, City Councilman Ben Kallos announced.

The school will be required to make $1 million in capital improvements to the space, which has fallen into disrepair and often leaks water onto the John Finley Walk, and will be responsible for maintenance and upkeep for the duration of the lease, Kallos said.

"Block by block, we are rebuilding the Esplanade, bringing in new institutional partners so we can for it together as a community moving forward. Renovations to the pier structure should result in fewer complaints about bird droppings and water dripping on passerby below on the East River Esplanade," Kallos said in a statement.

The Brearley School will hold a public preview of its plan on May 10. The preview will take place at the school, located on East 83rd Street and the Esplanade, from 6-8 p.m., officials said.

Brearley plans to make the following improvements to "The Pier":

The school will also make improvements to the East River Esplanade including access to water from the school and planters on East 81st, 82nd, 83rd and 84th street.

"We are thrilled to have obtained the City's permission to repair and upgrade the pier and proud to take on this new responsibility for the benefit of the whole community. We are grateful to Council Member Kallos for his partnership on this issue," Rahul Tripathi, chief financial and operating officer of the Brearley School, said in a statement.