A petition for a gym started by Eleanor Roosevelt High School students got more than 5,000 signatures. 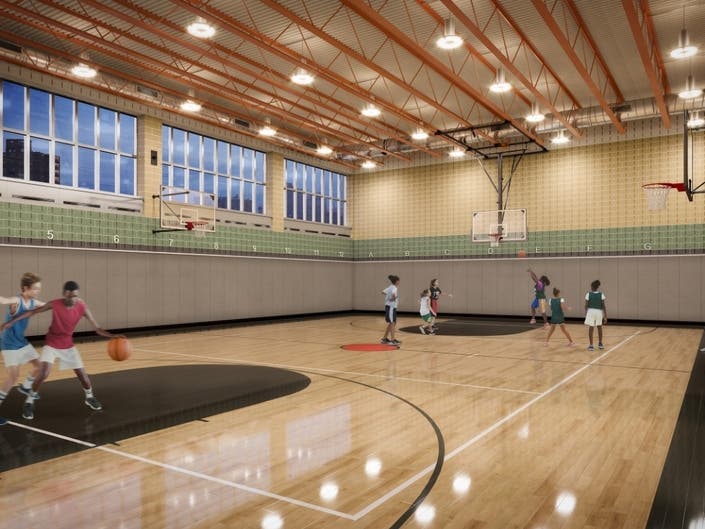 The new gym facility for Eleanor Roosevelt High School should open by 2021 across the street from the school. (Courtesy City Councilman Ben Kallos)

UPPER EAST SIDE, NY — An Upper East Side public high school will receive a new multi-million dollar gym after students at the school petitioned the city for a new facility.

Students attending Eleanor Roosevelt High School started a petitionfor a new gym this year that garnered more than 5,000 signatures. The school of more than 500 students is currently forced to use a dance studio or the school's auditorium for physical education classes.

The cramped conditions are bad for gym classes — which can hold up to 40 students at a time — but even worse for students on the school's sports teams. Without a dedicated gym, athletes on many of the school's gyms have to practice at off-campus facilities as early as 6 a.m., students told Patch in February.

Eleanor Roosevelt High School currently fields 12 teams that compete in the city's Public School Athletic League. About 240 students are involved in athletics, despite the school's current limitations, principal Dimitri Saliani said in February. The school, which is just 17 years old, is looking to add new teams, but limited space stands in the way.

"Having something nearby would really take care of that and enable not just the after school programs, but possibly even PE classes to be more vibrant," Saliani said in February.

Saliani said in a statement Thursday that he's been asking the city to build gym space for the school for 17 years and attributed the effort's success to the activism of current and former students.

City Councilman Ben Kallos helped promote the students' petition and has been calling on the city to build more gym facilities on the Upper East Side since the 2017 launch of Mayor Bill de Blasio's "Universal Physical Education Initiative."

"Eleanor Roosevelt High School students have not only won championships but now they've won a gym," Kallos said in a statement. "Every child must have a real gym for physical education and athletic competition. As New York City battles with childhood obesity, we need to give children every opportunity to burn off calories throughout the day."

The new gym will be located on the sixth floor of the pre-k facility and will feature 3,825 square feet of open space for physical activities. The building's roof will be raised 13 feet to open up the space, city officials said.

Construction of the new gym is expected to start in December and be complete by early 2021.

"The new gym will provide the physical education space that students at Eleanor Roosevelt High School have been lacking and is part of the School Construction Authority's commitment to fulfill Mayor de Blasio's Universal Physical Education Initiative to ensure all students have access to indoor space for physical education," School Construction Authority President Lorraine Grillo said in a statement.