UPPER EAST SIDE, NY — The Upper East Side's popular John Jay Park soon will have its sitting area transformed, thanks to a $650,000 project that broke ground on Wednesday.

The project is the first major renovation effort at the FDR Drive park since 2011.

Council Member Ben Kallos and parks officials said the sitting area project — which began planning in 2018 — will bring it up to the level of its playground, outdoor sports open area and New Deal-era swimming pool.

When complete in Fall 2022, the work will reconstruct pavement, add benches and drainage, and expand green space by converting asphalt areas into plant beds.

"John Jay Park is a neighborhood gem, and this reconstruction will make it even better with a greener and more vibrant sitting area," said Parks Commissioner Gabrielle Fialkoff, who spoke at Wednesday's ribbon-cutting along with Kallos, Manhattan Borough President Gale Brewer and other neighborhood officials. 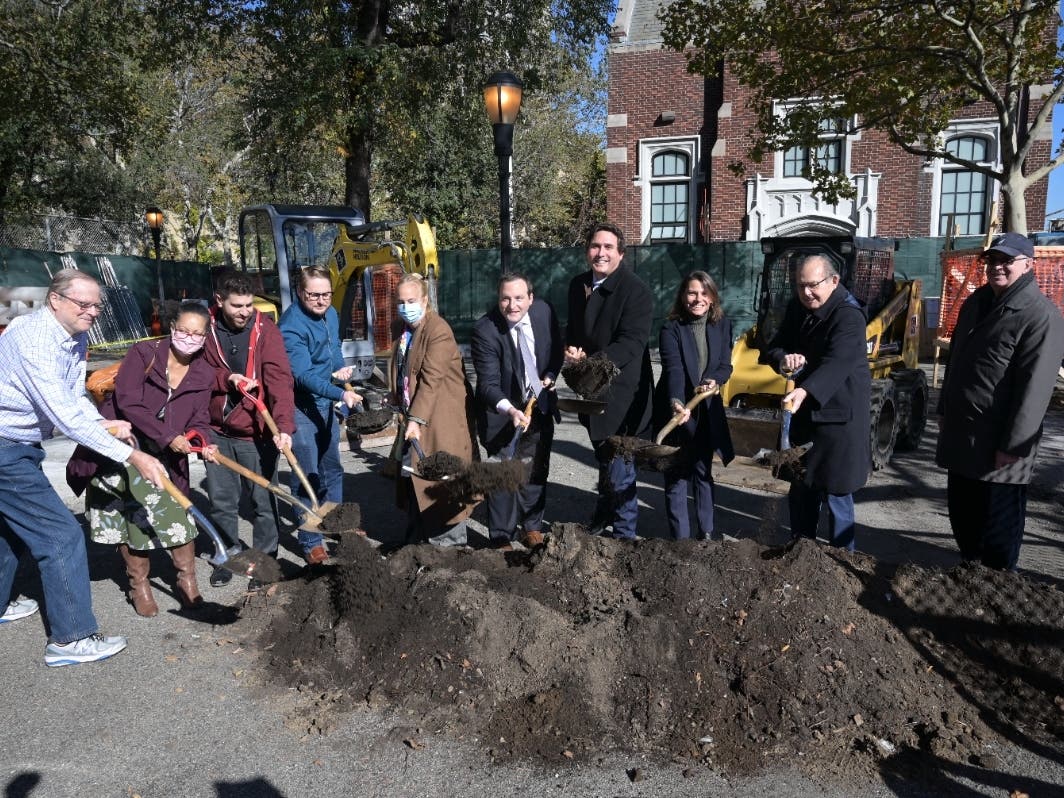 Kallos, who allocated the funding to make the project possible, said the "sound of shovels hitting the ground on this project is music to my ears."

"John Jay Park is a beloved piece of our neighborhood and the $650,000 I allocated for a reconstruction of the pavement, an addition of new benches, drainage, and even expanded space for new plants will make this park even more appealing to visitors," he said in a statement.

This neighborhood project is likely to be one of the last to break ground during Kallos's time in the Council, which will end in January after eight years. Other renovations sponsored by his office include the upcoming work at Ruppert Park in Yorkville, which is set to undergo a multimillion-dollar redesign.