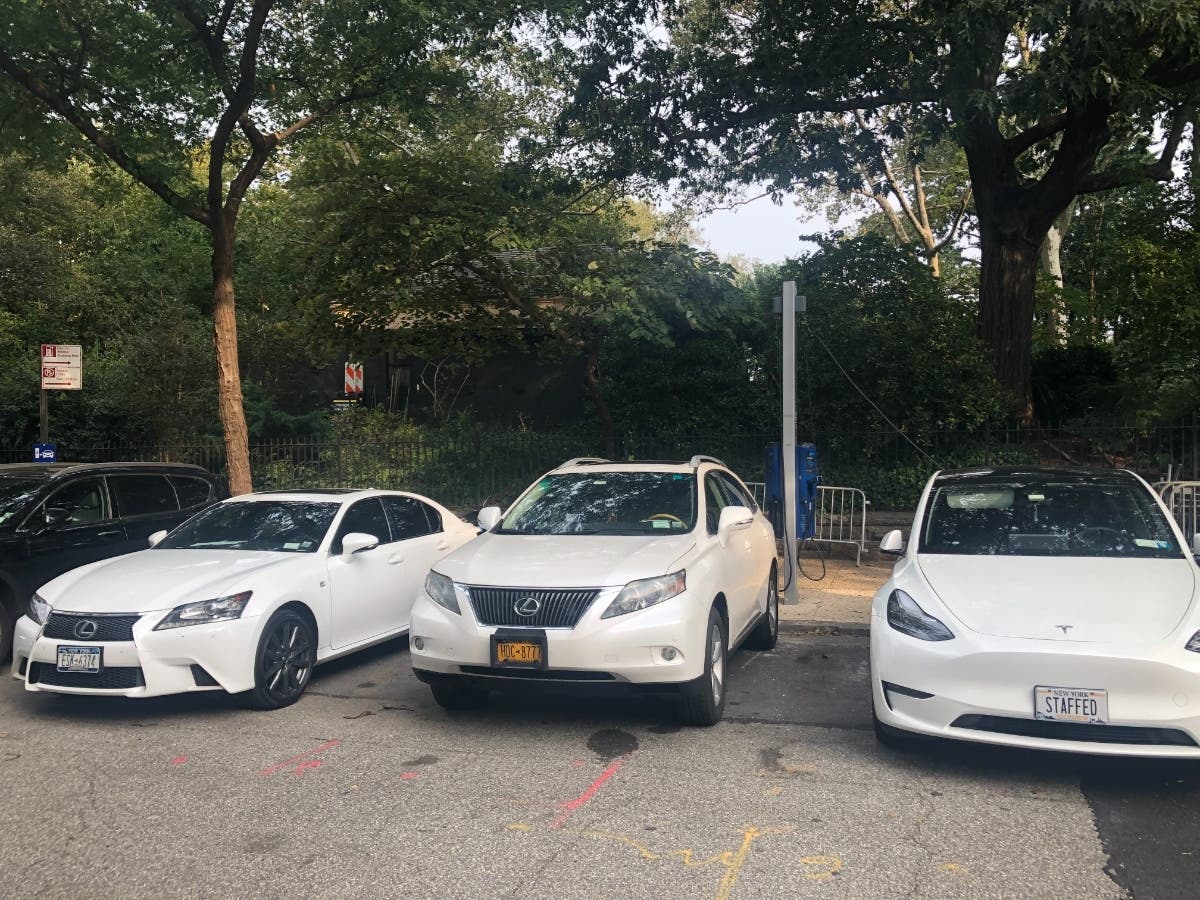 UPPER EAST SIDE, NY — An electric vehicle charger that was installed on the Upper East Side last month after years of planning has already been rendered nearly unusable thanks to illegal obstructions by gas-powered cars.

The two-car charging station on East End Avenue near East 87th Street was installed in August, nearly two years after the city first revealed plans for the charger. Its arrival this year comes amid an ambitious push by the city to ramp up use of the climate-friendly cars.

But since it opened, the roughly five parking spots that serve the charging station have almost constantly been occupied by gas-guzzling cars, according to a neighbor who contacted Patch about the problem.

In the resident's dozens of visits to the station, the charger has been obstructed nearly every time, despite signage that reserves them for "Electric Vehicle Charging Only." Other reporting by Upper East Site has shown the same obstructions dating back weeks.

Parking spaces that serve charging stations are reserved for "actively charging" electric cars, with non-charging vehicles subject to ticketing by the NYPD, according to the Department of Transportation.

That stretch of East End Avenue is a heavily policed area, given its proximity to Gracie Mansion. But when the resident tipster raised the issue to a police officer standing guard nearby, the cop erroneously stated that no regulations governed the charging station, he said. 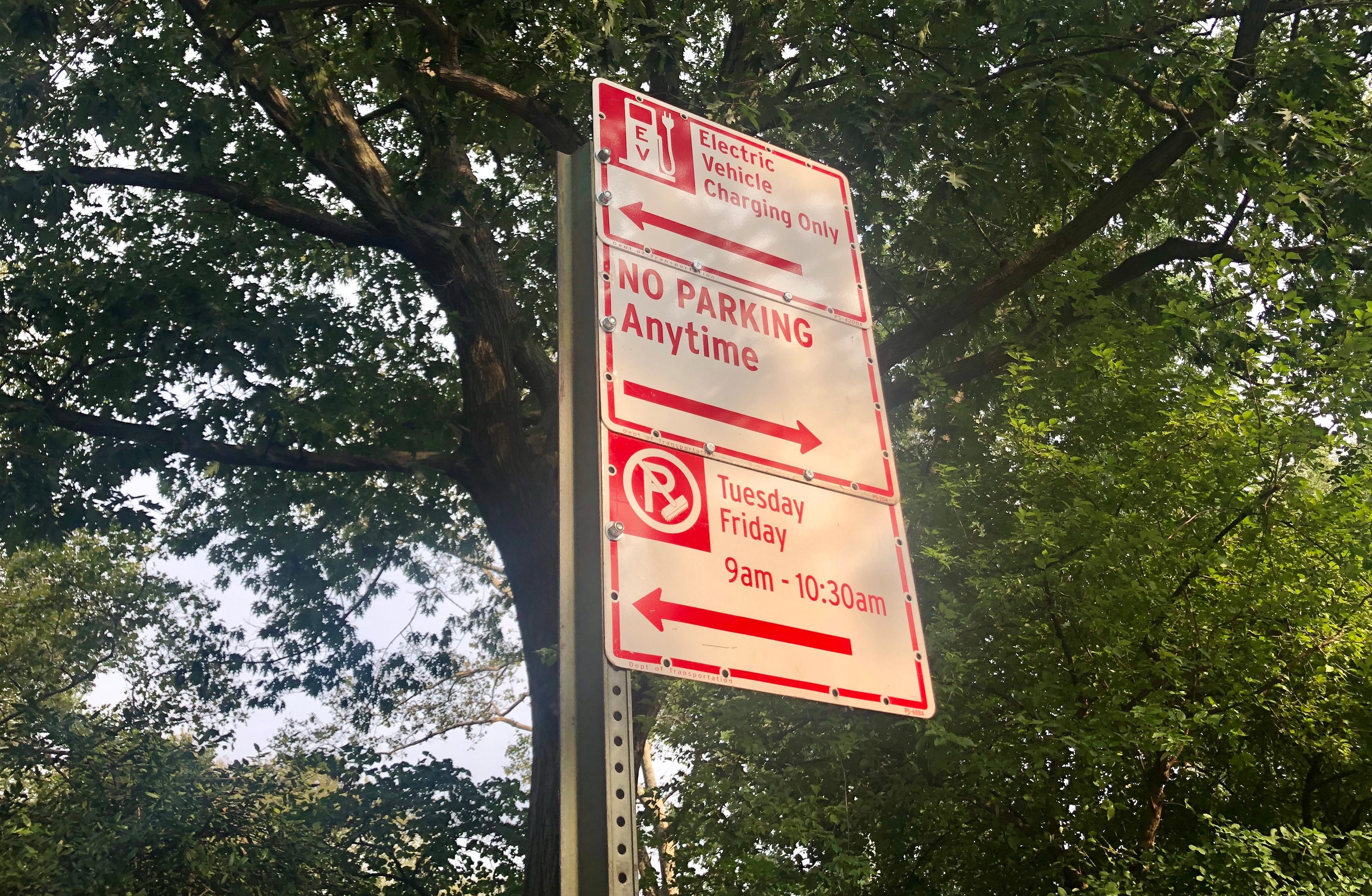 Gas-powered cars have blocked the charging stations despite signs saying they are reserved for charging electric vehicles. (Nick Garber/Patch)

"He laughed. He said, 'I think they jumped the gun,'" said the resident, who asked to remain anonymous. "'There's no enforcement and there's nothing we can do about it,'" he recalled the officer saying.

When Patch stopped by on Tuesday, four gas-powered cars were occupying the spots, joined by a single electric car: a Tesla SUV. But that Tesla, the neighbor said, has hogged one of the power cords for at least two straight days — far longer than its necessary charging time, and raising its own enforcement issues.

Reached for comment, City Councilmember Ben Kallos suggested that the NYPD may need to begin issuing fines to drivers who disobey the rules.

"As a City, we need to ingrain the concept that charging stations must be respected and that they are not just parking spots for any car," Kallos said in a statement. "I plan to work with the NYPD and the Department of Transportation to get this fixed asap."

The NYPD did not respond to a request for comment.