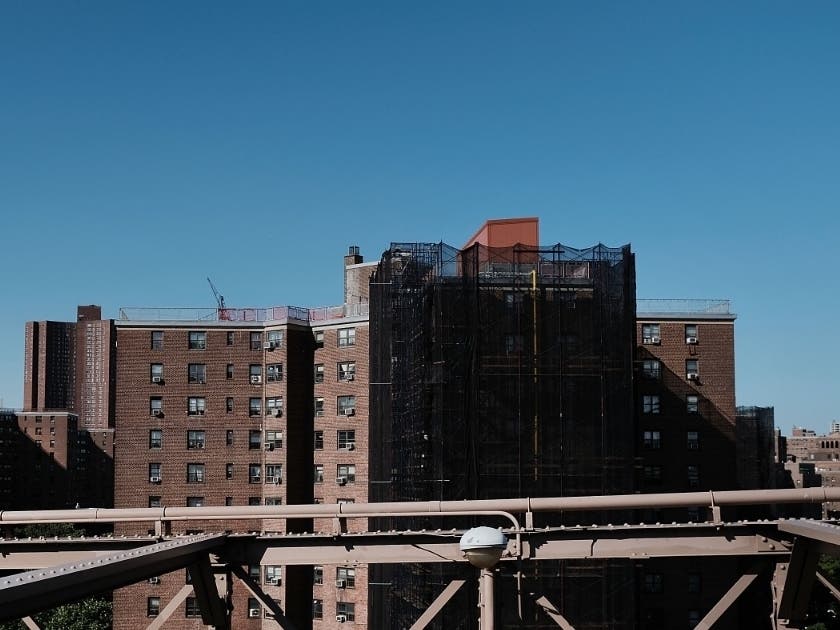 De Blasio said Wednesday that the money will go toward fixing facades and removing scaffolds at 45 buildings in 15 NYCHA developments.

Some scaffolds — or, in the city's parlance, sidewalk sheds — have been up for five years, he said.

But the sheds can stand for years, becoming more-or-less permanent fixtures in neighborhoods. One in the West Village stood for two decades, on and off.

Council Member Ben Kallos has proposed legislation to make sure sheds stand for no more than 90 days. And de Blasio on Wednesday said the city's Department of Buildings is doing more to enforce existing time limits.

Yet still, many remain even on city property such as NYCHA buildings.

De Blasio said the $111 million investment will help change that.

Council Member Carlina Rivera, whose Manhattan district includes a NYCHA property that will be fixed, applauded the effort.

"I hope to partner with this administration and future administrations in fighting for consistent and sustained investments to make never-ending scaffolding a thing of the past," she said.