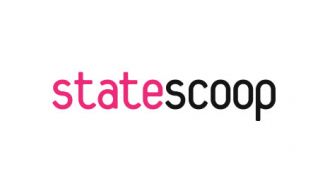 Two members of the New York City Council on Wednesday introduced a bill that would create a “moonshot” division to aid city agencies in modernizing their digital services. The “Office of Technology and Digital Services” would hire technologists who would embed themselves in other city departments needing help with their digital projects.

The idea, said Councilmember Ben Kallos, who sponsored the bill with Robert Holden, is to free up time for the city’s chief technology officer, John Paul Farmer, to tackle projects that address issues like hunger and poverty.

Employees of the Office of Technology and Digital Services would be dispatched to agencies that request their services, and would primarily develop new software tools for the city, ideally at faster rates than what private-sector vendors offer, according to Kallos. The goal, he added, would be to have a “tech officer” embedded in every New York City agency by 2025.

“Wouldn’t it be great if every single government office had a resident nerd and technology expert who could help with the big picture?” Kallos, a former open-source software developer, told StateScoop.

Kallos said his idea derives from federal divisions like 18F and the U.S. Digital Service, which use agile, user-centric strategies to help other federal agencies improve their service delivery. New York City did something similar through the NYC Technology Development Corporation, a nonprofit technology consulting firm for city agencies, until it was dissolved in January 2019.

Kallos also said his proposed new office would help New York make its technology procurement processes faster and cheaper, compared to current processes that, he said, “keep me up at night.”

“If government was moved from this idea of ‘too big to fail’ and from bureaucratic monoliths that move slowly to having agile tech squads that can build tools and beta test them and be agile,” Kallos said, “I think we can build things for pennies on the dollar compared to what government is currently spending.”

Kallos said he expects the Office of Technology and Digital Services would reduce the need for months-long procurement processes by offering in-house solutions “that can be started the next day,” and, in some cases, compete directly with the private sector on IT projects. While the tech officers are building applications for city agencies, he said, the citywide chief information officer and chief technology officer would be able to focus on using technology to address problems like homelessness and inefficient policing.

“I’d love to see [technology officers] at every single agency, whether it’s the homeless services agency in helping us use information and technology to solve homelessness, or our education department, so we can help every single child graduate from high school, or even our police department where we can use data to patrol better, inform decision-making and target assistance in communities and make sure that we’re not over-policing any group of people, particularly people of color,” Kallos said.

Any new software or application created by the officers would also be published online as a free, open-source tool, according to a press release from Kallos and Holden.