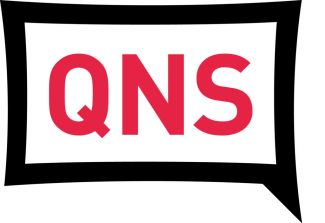 Don’t lower the standards, raise them.

That was the message from City Council members who rallied Wednesday at City Hall urging the de Blasio administration to reject a recommendation by the School Diversity Advisory Group to scrap the city’s Gifted and Talented (G&T) Program.

A group of elected officials from across held a rally calling on Mayor Bill de Blasio and Schools Chancellor Richard Carranza to not only stand by the program, but to also expand it and add more children from all walks of life.

In a Sept. 3 interview with WNYC radio, Carranza indicated that no one should expect any changes to the Gifted & Talented Program this school year, which begins Sept. 5. Even so, lawmakers at the Sept. 4 City Hall rally were adamant about preserving the program and helping more New York City students qualify for it.

“There was a shift in the Bloomberg era around gifted and talented programs where they were localized and then they began centralizing them solely on testing,” Councilman Robert Cornegy said. “We believe that instituting the program, localizing it again and having other criteria will give all students the opportunity to be high achieving students.”

The panel on diversity was appointed by de Blasio; in August, the group released a study which  claimed that eliminating the G&T program altogether would put more students at a disadvantage than leveling the playing field.

“The fact of the matter is that if 90 percent of our children were doing well in the New York City public school system, we would still be failing over 100,000 children each year. Let those numbers sink in, we are nowhere near 90 percent,” Councilman Barry Grodenchik said. “This is not broken and it should not be fixed.”

But Cornegy and Councilman Ben Kallos were resolute that if the issue behind fewer children being admitted into the program is capacity, the Gifted and Talented program should be expanded with “multiple on-ramps.”

Cornegy, in a letter to Carranza argued that if the program was not working there would not be a number of students commute an hour to attend the school that will give them a leg up.

This is not the first attempt by the de Blasio administration to diversify schools through eliminating programs or testing seen by some experts as being discriminatory.

In 2018, legislators across the city pushed back against the mayor’s call to eliminate Specialized High School Admissions Test citing an overwhelming lack of black and Hispanic students being admitted. They made a similar argument that the city should instead increase access to programs helping all students score high on the test, rather than eliminate the test entirely.

“Gifted and talented programs provide students with rigorous and challenging curriculums that help them reach their full potential in the classroom,” Congresswoman Grace Meng said. “We should not do away with them. Instead, we should be expanding G&T seats in all areas of the city and improve the testing process, so that children in every community can benefit from all that these important programs have to offer.”

Councilman Robert Holden said that, in his experience as an educator, different students require different workloads and curriculum in different subjects making the program valuable to childhood development.

“I saw it first-hand at CUNY where 80 percent of the students graduated from public high schools… what you eliminate in Gifted and Talented borderlines on criminal – it really does – because we’re at a point where the system has been failing and failing for decades. It needs bold initiatives and Gifted and Talented gives that initiative,” Holden said.

Among those serving on the School Diversity Advisory Group are Amy Hsin from Queens College, who serves on the executive committee. While a number of the members are high ranking in higher education, others have divergent backgrounds.

Yousof Abdelreheem is a student at John Bowne High School and Ryan J. S. Baxter associated with the Real Estate Board of New York. Others come from organizations such as NAACP and ACLU.

The de Blasio administration has yet to respond to a request for comment for this story.