“A bunch of kindergartners,” now in seventh grade, worked years to push the City Council to approve a ban on toxic pesticides in parks, playgrounds and other spaces.

After years of rallies at playgrounds and City Hall, students from P.S. 290 in Manhattan and their allies celebrated a vote that approved a ban on Thursday.Credit...Brittainy Newman for The New York Times

Seven years ago, a kindergarten teacher at P.S. 290 in Manhattan was following her students’ curiosity about the origins of food when she led them in a role play on how toxic pesticides harm people, ecosystems and even — to the 5-year-olds’ horror — turtles like their class pet, Soccer Ball.

But Paula Rogovin has a rule for teaching small children: Whenever you expose them to upsetting problems, remind them that they can look for solutions. So they decided on a goal: to ban pesticides in the city’s parks, playgrounds and open spaces. And they came up with a chant: “Ban toxic pesticides! Use only nature’s pesticides! Pass. A. Law!”

Since then, through a sometimes-contentious battle, the maturing students, their younger successors and an expanding circle of grown-up allies have shouted their demand in playground rallies, on the steps of City Hall, and in City Council chambers, where on Thursday their wish came true.

Lawmakers voted unanimously to make New York the nation’s largest city to ban toxic pesticides from routine use by city agencies, and to push its parks to control weeds, insects and vermin with nature-based techniques of organic gardening.

As soon as the law goes into effect — in 30 days or when Mayor Bill de Blasio signs it, whichever comes first — the use of toxins is supposed to cease, with a few narrow exceptions for targeted use on invasive or harmful species. Though nature-based methods are cheaper in the long run, learning to use them takes time and training, potential challenges for a parks department that saw its budget severely cut during the Covid-19 downturn. 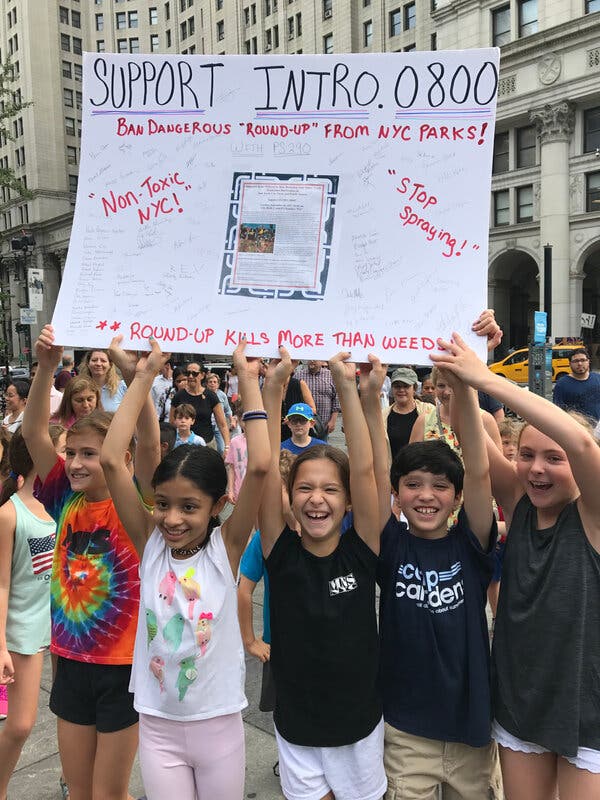 Ava Schwartz, now 12, far right, began advocating a ban on toxic pesticides when she was in kindergarten. In third grade, she and her classmates went to City Hall for a rally. Credit...via Ava Schwartz

Other jurisdictions have taken similar steps. Baltimore banned a narrower list of pesticides last year, and Chicago, through a voluntary program, has stopped using chemical weedkillers in 90 percent of its parks since 2014. In January, New York State banned the use of toxins by school districts.

In New York City, residents will see far fewer red or yellow signs warning them to keep dogs and children away from recently treated areas in parks, public-housing courtyards and other public areas. Even rat poison must now be put in special containers or inaccessible places, and the goal eventually is to control rats in safer ways, like by better securing the garbage they eat.

“I won’t have to worry anymore, if I’m just running around, that there might be pesticides there,” said Jesse Balsam, 12, one of Ms. Rogovin’s original activist students. He is now a seventh grader at Robert F. Wagner Middle School on the Upper East Side of Manhattan and often plays with his dog, Pepper, in Central Park. 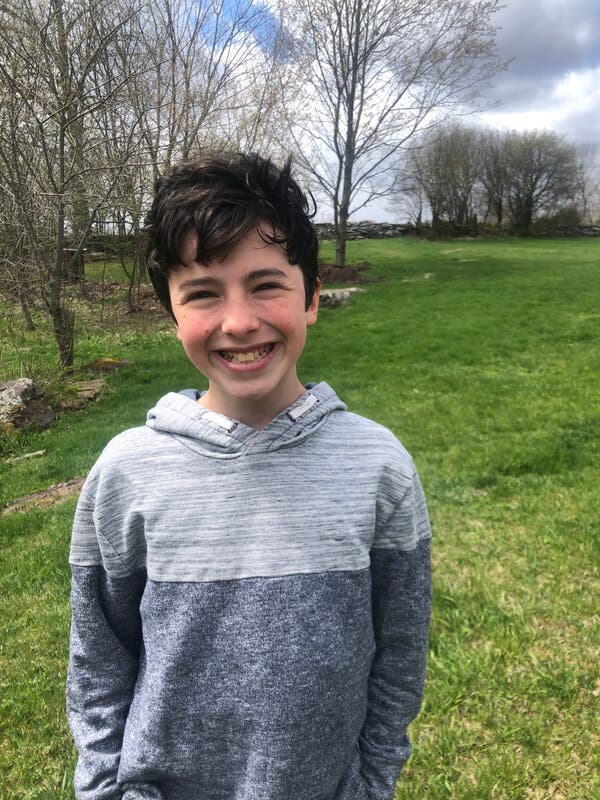 “I won’t have to worry anymore, if I’m just running around, that there might be pesticides there,” said Jesse Balsam, 12, one of the original activist students.Credit...Casey Balsam

The law’s supporters celebrated on Thursday in Stanley Isaacs Playground at the intersection of the Upper East Side and East Harlem. They ripped up a poison-warning placard and held up a mural of trees and animals that Ms. Rogovin’s students made back in 2014; she had laminated it with tape.

Sign up for the New York Today Newsletter: Each morning, get the latest on New York businesses, arts, sports, dining, style and more.

The bill’s passage came on Earth Day amid a flurry of environmental initiatives. But Ben Kallos, the district’s council member, said “a bunch of kindergartners” persuaded him to propose a city ban on pesticides in 2014. “It went nowhere,” he said.

Mr. Kallos said he tried everything as climate change pushed environmental issues higher on the agenda. He recalled holding “the best, cutest hearing ever” in 2017. Children mobbed the floor of the council chambers singing “This Land Is Your Land.”

Still, he said, City Hall and the Parks Department were resistant. But as word of the bill spread, public-housing residents and environmental groups teamed up with Ms. Rogovin’s students and their parents in a widening circle — and eventually signed up enough Council sponsors for a veto-proof majority.

Ms. Rogovin, 73, stuck with the mission even after she retired in 2018 after 44 years of teaching, and as her original kindergarten activists were entering puberty.

Ava Schwartz, 12, said she was surprised at how hard it was to prevail: “What I learned is that if you want to bring change, you have to be really passionate.” 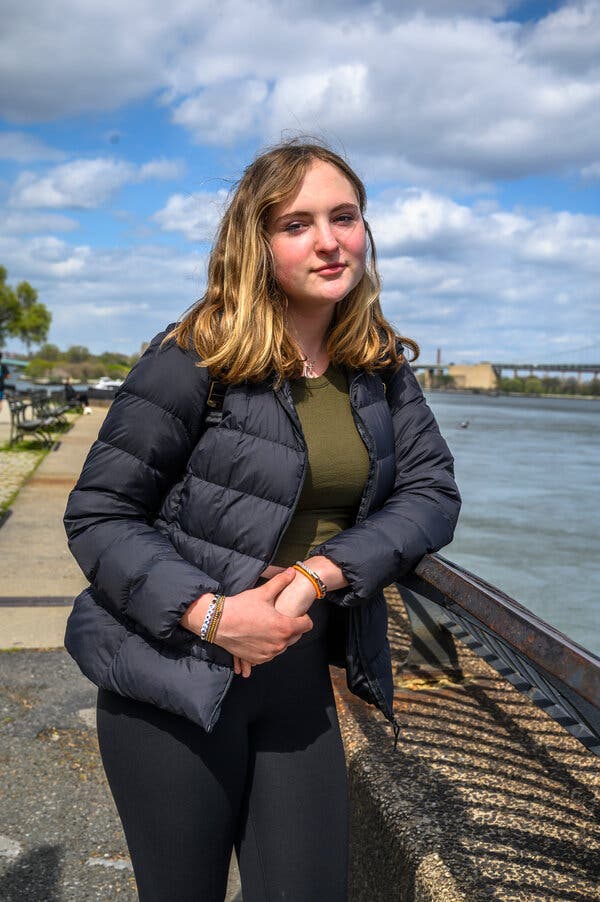 “What I learned is that if you want to bring change, you have to be really passionate,” said Ava Schwartz, 12, who began pushing for a pesticides ban when she was 5.Credit...Brittainy Newman for The New York Times

At the rally, they said the bill would remove dangers that have long been invisible, since toxins can spread through the ecosystem and linger. Another activist group mapped the hundreds of places where the chemicals have been used in New York City with the help of data gathered through Freedom of Information Act requests. Pesticides are used in places people might not think of, like on asphalt basketball courts and walkways to stop weeds from sprouting through cracks.

“You put your blanket down, maybe you’re laying with the love of your life,” said Bertha Lewis, president of an advocacy and research group that pushed for the bill. “And while you’re kissing and smooching you’re getting poison all over you. That’s nasty.”

Her group, The Black Institute, found that toxic pesticides have been used disproportionately in majority-Black neighborhoods in Harlem, Queens and Brooklyn, according to its 2020 report “Poison Parks.” The advocates also found that the parks workers who are most likely to be exposed to toxins are Black and Latino.

The mostly asphalt playground where the rally took place, used by many Black residents from an adjacent public-housing complex, was sprayed more often than the lush Carl Schurz Park, just six blocks away in a wealthy, heavily white area, Mr. Kallos said. LaKeesha Taylor, at the rally with her children, said she decided to fight for the ban after learning that pesticides might have been used in the courtyard of the complex, where she grew up growing tomatoes and collards. “It wasn’t safe to be eating that,” she said, adding of city agencies, “They’re killing us.”

City agencies’ use of glyphosate, the main ingredient in the weed killer Roundup, has dropped since 2014, when Mr. Kallos first introduced a version of the bill. Since then, it has been ruled a carcinogen and Roundup’s manufacturer, Monsanto, later acquired by Bayer, has been ordered to pay $158 million, in separate lawsuits, to two California cancer patients, a school groundskeeper and a gardener, who were sickened by it.

Agencies can seek waivers to use toxins in specific cases, but input is required from the local community board, council member and borough president. Exceptions will include areas on median strips, where using organic products, which require more frequent applications, would more often expose workers to danger from vehicles. 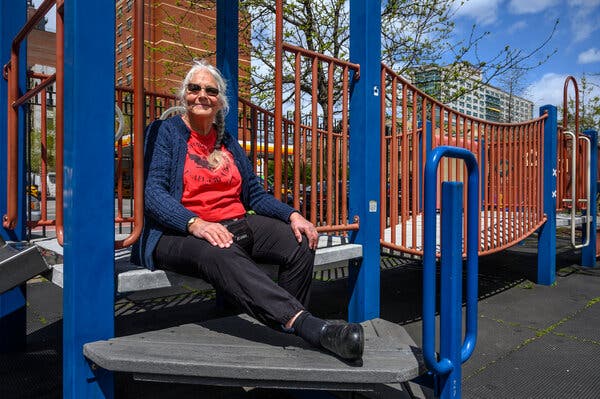 Paula Rogovin, a teacher who led her students to push for the ban, said it was important to empower children. “Never let kids stay feeling angry, upset and helpless,” she said.Credit...Brittainy Newman for The New York Times

Still, local and national advocacy groups said the New York ban would have a significant impact. By banning a broad range of pesticides, the law effectively mandates that city parks go organic, adopting biological land management long used by organic gardeners and farmers to keep harmful or invasive plants and animals at bay.

“The nation is moving away from toxic pesticides and fossil-fuel-based fertilizers,” said Jay Feldman, executive director of Beyond Pesticides, a national advocacy group that pushed for the bill, “and toward natural management that’s good for our health, the environment and the planet.”