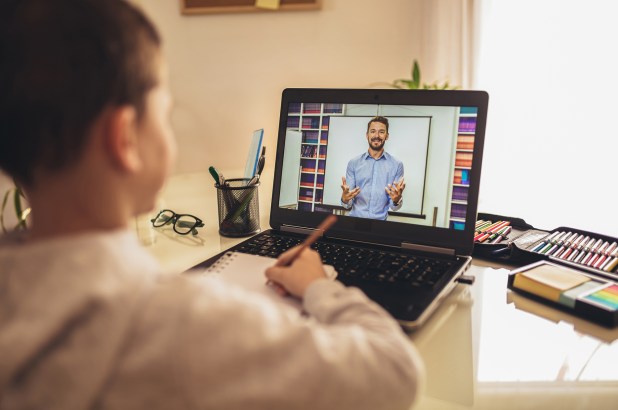 The city will have to give a laptop loaded with “culturally responsive” textbooks to every student under a bill to be introduced next week by Council Members Ben Kallos and Farah Louis.

The measure was prompted by a Department of Education official’s stunning testimony at a recent City Council hearing that 77,000 students still lack internet-equipped iPads needed for remote learning.

“Every student should have a computer and internet as part of their public school education. The homework gap was bad before the pandemic and has only gotten worse for low-income students of color who don’t have the internet or a device with a keyboard in their home,” Kallos said.

Students in city schools get both fully remote and blended instruction, a mix of in-person and online classes.

While the DOE recently ordered 100,000 iPads in addition to 300,000 it distributed during the COVID-19 shutdown, the bill emphasizes laptops with keyboards — especially for older students.

“It’s really hard to type out a 1,000-word essay by hunting and pecking each letter,” Kallos told The Post.

The bill would require that all students get laptops or tablets loaded with “culturally responsive” textbooks which reflect student diversity. The books can be obtained for free, Kallos said.

The legislation also would require the DOE to give an annual report on the number and cost of devices distributed, as well as the housing status of students receiving them. Even with Internet-equipped devices, many students living in homeless shelters don’t have access to WiFi.

Kallos and Lewis plan to introduce the bill on Thursday.