The Upper East Side “can tipper” has been corralled by police and taken to a hospital for a psychiatric evaluation while the city focuses on finding a solution to a longstanding and troubling issue.

The man who has been knocking over on-street garbage cans along Lexington Ave. between 86th St. and the low 70s for about three years, was picked up Monday and taken to Metropolitan Hospital, according to the 19th Precinct’s Twitter account.

Sunday’s Daily News detailed the long history of the can tipper’s antics and the frustration of residents and merchants with the city for not finding a way to deal with the problem.

At First Republic Bank, our goal is to be your financial partner for a lifetime.

Kallos also said rather than a group shelter, the man would have access to a single room as part of the Safe Haven program that provides services to people with severe mental illness who have refused help in the past.

“What I said to the [DHS] commissioner is that in lieu of paying restitution for thousands of dollars in damage, he should be asked to take the services,” Kallos said. 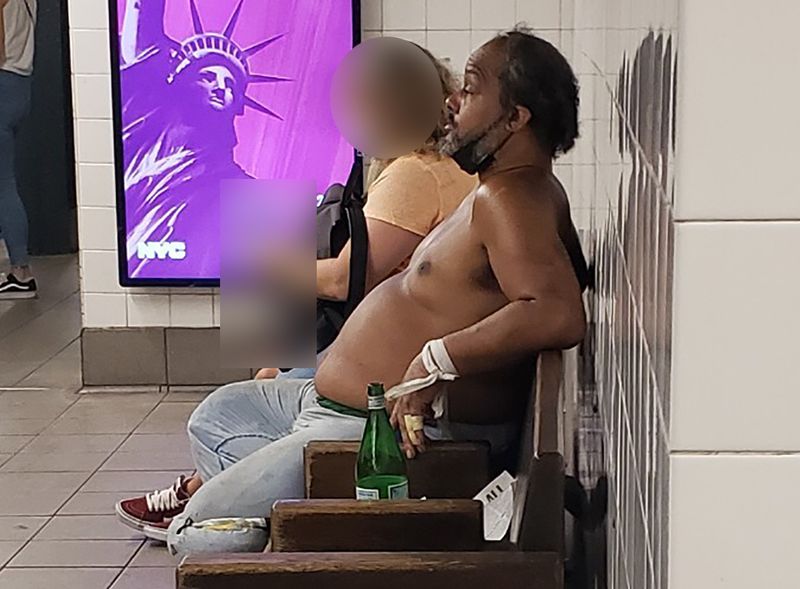 UES can tipper photographed in the subway. (Andrew Fine)

On Sunday, the day The News article ran, the man knocked over at least one more can on Lexington, according to Andrew Fine, a longtime area resident who often posts about the “can tipper” on Twitter. But on Monday, the renewed attention brought some relief.

“I’m encouraged and I hope that he gets well soon,” Fine said. “I do feel as if the 19th Precinct has gone above and beyond in coordinating among several city agencies. I appreciate the fact they have gone to such lengths.”