New York Daily News P.C. Richard & Son says City Hall should be in the hot seat for their ‘Get Cool NYC’ program by Rich Calder 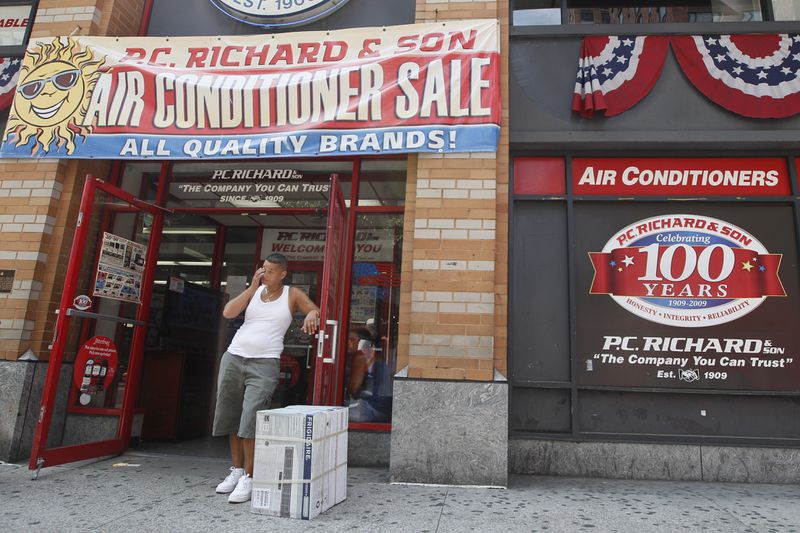 The largest family-owned appliance and electronics chain in the United States is under fire from New York City officials for allegedly backing out of a deal to provide tens of thousands of the Big Apple’s most vulnerable residents with much-needed air conditioners during the Covid-19 crisis.

City officials claim P.C. Richard & Son failed to live up to its longtime slogan, “Richard IS Reliable,” by abruptly reneging on a nearly $10 million “emergency” contract in June to both supply and install 30,000 air conditioners in homes of low-income New Yorkers at least 60 years old by late July.

“P.C. Richard advertises itself as being reliable, but New York City couldn’t rely on them in our time of need,” quipped Ben Kallos, Manhattan NYC Councilman who chairs the Committee on Contracts.

However, company officials told the Daily News the deal went sour after just two weeks once P.C. Richard realized it could only install about 125 a day because most of the information city agencies provided for scheduling work was wrong and led to big delays. They claim the misinformation included providing the chain with faulty addresses and phone numbers for residents getting the units as well as assigning air conditioner models to homes that were not compatible.

“They were giving us Manhattan addresses for jobs that were supposed to go to the Bronx and Brooklyn,” said Rick Torre, a general manager and director at P.C. Richard. “They even sent us to install an [window] air conditioner at a home that has central air-conditioning.

“The entire program was mismanaged by the city from the start.”

Moreover, he said many seniors who signed up to get units weren’t home when P.C Richards workers arrived or refused to let them in out of fear they’d catch the coronavirus.

The company was supposed to be a big part of a $55 million taxpayer-funded program, called “Get Cool NYC”, which Mayor Bill de Blasio announced in May while the city was still racking up thousands of new Covid-19 cases daily.

The 111-year-old chain initially agreed to provide more air conditioners than any of the 12 vendors being used by city -- and at the cheapest rates: a combined average of about $329 to supply and install each unit, according to records.

Get Cool has already fallen well short of meeting the mayor’s goal of delivering more than 74,000 free air conditioners by the end of July to low-income older residents -- who are among the most susceptible to the coronavirus -- and help keep them indoors during the summer months.

As of Aug. 25, only 58,740 had been installed, according to the city’s Office of Emergency Management, which is overseeing installations with the New York City Housing Authority. Records show P.C. Richard installed only 382 of them, but is continuing to sell the city air conditioners as needed.

Torre also said, “another big problem” has been the city’s inability to pay bills. He claimed the city currently owes the company $988,000 – including over $638,000 that is 80 days past due and in “breach of contract.”

“We wanted to help the city and wanted to save lives, but we also wanted to get paid in a timely fashion,” said Torre.

City Emergency Management officials claim there are no outstanding payments due.

National electronics giant Best Buy agreed to take most of PC Richard’s work -- but at rates much higher than its competitor’s average of about $329 combined for each unit and installation.

City officials familiar with the contracts said P.C. Richard’s decision to end installation work is expected to drive up project costs alone by at least $3.3 million.

“Ultimately, the city was extremely disappointed with the vendor’s decision to walk off the job and its refusal to do installations as required under contract,” said Nick Benson, a spokesman for the city’s Department of Citywide Administrative Services, which is in charge of buying the units and solicited prices from 700 prospective vendors.

City officials on Friday said they now expect to complete the 74,000-unit Get Cool program by mid-September.