An artist's rendering of the East Midtown Greenway, which broke ground on Friday, Nov. 22. (Stantec)

The city began construction of a new waterfront esplanade over the East River in Manhattan on Friday.

The $100 million East Midtown Greenway will run between 53rd and 61st Sts., creating a continuous 40-foot-wide esplanade over the water, running parallel to FDR Drive.

The project is expected to complete by 2022, opening up about 1.5 acres of new waterfront park space. 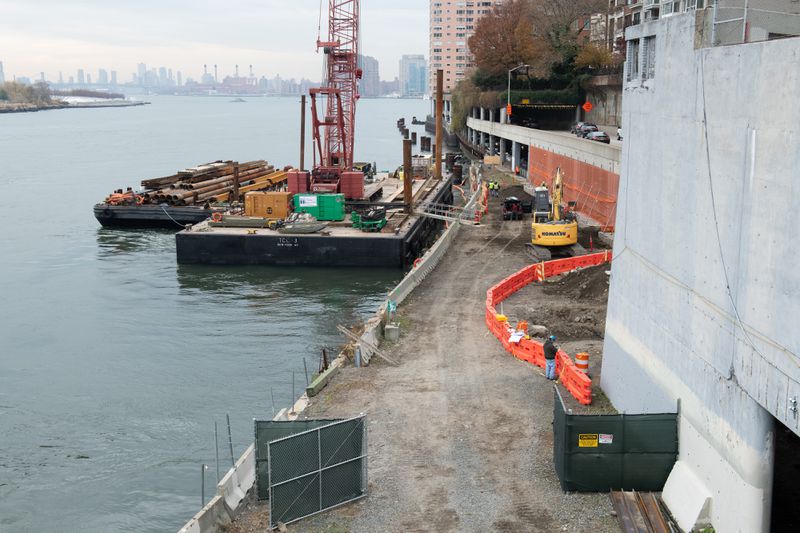 “Today marks another major step forward in returning the waterfront of New York City to New Yorkers,” Mayor de Blasio said in a statement. “I look forward to the day when families and friends can relax and enjoy the East Midtown Greenway—an oasis in the heart of our city.”

The city also plans to renovate and add an extension to Andrew Haswell Green Park, which will border the greenway on the north, and add a new accessible pedestrian bridge for those with disabilities. 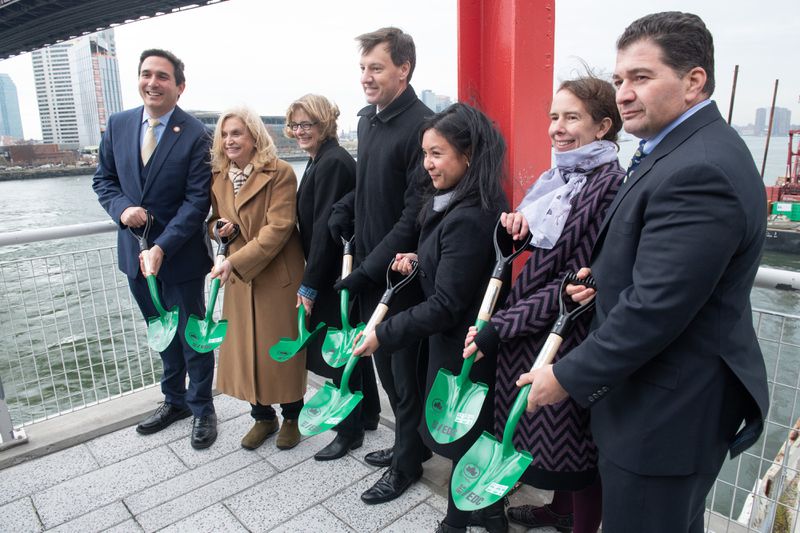 A wider space in the esplanade near 53rd St. will be constructed for “environmental programming” and an art installation by Stacy Levy.

The East Midtown Greenway is part of a $250 million project intended to close gaps in Manhattan’s waterfront esplanade.

“Piece by piece, we are closing the biggest gaps in the East River Greenway, bringing us closer to the goal of providing cyclists with an uninterrupted protected bike path around Manhattan,” Transportation Commissioner Polly Trottenberg said.