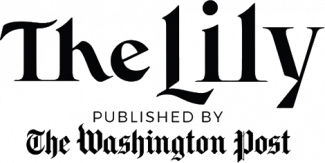 The Lily published by The Washington Post
This massive monument to women is quietly taking shape in New York City
Shannon Eblen
https://www.thelily.com/this-massive-monument-to-women-is-quietly-taking-shape-in-new-york-city/

NEW YORK — Seemingly overnight, five bronze faces rose above the waves of the East River at the northern tip of Roosevelt Island, between Manhattan and Queens.

Sitting in a van at the site one chilly October morning, sculptor Amanda Matthews said she could see people at Carl Schurz Park across the river stopping to take photos of the seven-foot sculptures. Others watched through the construction fence.

While the bronze faces were a new fixture, the onlookers weren’t a surprise. As Judith Berdy, president of the Roosevelt Island Historical Society, put it: “This is Roosevelt Island. Nobody does anything without an audience around here.”

This new monument, “The Girl Puzzle,” honors investigative journalist Nellie Bly, one of the island’s most famous, albeit temporary, residents. In 1887, at age 23, Bly (whose real name was Elizabeth Jane Cochrane) acted her way into being committed to the Blackwell’s Island insane asylum to report on the conditions for Joseph Pulitzer’s New York World. Her ensuing book, “Ten Days in a Mad-House,” described the scene inside: women enduring abuse, foul food, freezing rooms and barred windows.

Through the 1800s and into the early 1900s, Blackwell’s Island — later known as Welfare Island — was home to the asylum, a penitentiary, an almshouse and hospitals. The area has since been renamed Roosevelt Island and is today home to fewer than 15,000 residents. Glassy high-rises and the Cornell Tech campus share the island with the ruins of the smallpox hospital and other reminders of a dark past. The Octagon, once the center of the asylum, was redeveloped as luxury apartments.

The idea for a Nellie Bly memorial came from Susan Rosenthal, former Roosevelt Island Operating Corporation (RIOC) president and chief executive, and coincided with increased interest in monuments honoring women, including from the office of then-Gov. Andrew M. Cuomo (D).

Prometheus Art — a Lexington, Ky.-based studio and foundry owned by Matthews and her husband, Brad Connell — won the commission with its proposal for “The Girl Puzzle,” named for the title of Bly’s first published article.

Tadeusz Sudol, a local artist and one of the jury members, said he knew the minute Matthews and Connell finished their presentation that it was the one. Rather than a traditional statue on a pedestal, he said, “this is a story.”

“The Girl Puzzle” comprises five large bronze faces with crenulated edges that depict not only Bly, polished and shining in the center, but four other faces in varying patinas representing Black, Asian American, young, old and queer women. The faces are inspired by women Matthews knows: her two daughters, a friend and the mother of her studio assistant. The back of the monument is an optical illusion that also reads as a face, a ghost image meant as an homage to the people who suffered on the island, with typeface excerpts of Bly’s writing.

Visitors will be able to walk between the half-ton bronze faces, around mirrored spheres that represent Bly’s voice becoming amplified over time. An audio app tells the story behind each face, and there are Braille plaques that feature miniatures of each sculpture.

A monument spotlighting women in such a way is rare in the United States. As the “Girl Puzzle” installation was underway, Monument Lab, a Philadelphia-based nonprofit public art and history studio, released its National Monument Audit, a study funded by the Mellon Foundation analyzing the memorial landscape in the United States.

The audit found that of the top 50 individuals commemorated, only three were women. Five, male or female, were Black or Indigenous. And nationwide, there are more statues of mermaids than of U.S. congresswomen.

“Our monumental landscape isn’t as diverse or as rich or as interesting as our history,” said Sue Mobley, co-director of the audit’s research team. “It is, at best, reductive. And at worst, it’s perpetuating mythologies and misreads of history, often intentionally.”

Originally slated for completion in summer 2020, then summer 2021, “The Girl Puzzle,” like so many other things, was delayed by the covid-19 pandemic. Then, in August, Cuomo resigned following allegations of sexual harassment. Kathy Hochul was sworn in as the first female governor of New York just 10 days before the first sculptural elements of “The Girl Puzzle” arrived on the island.

Early in the planning, the team discussed significant days to unveil the monument, including Oct. 11, the International Day of the Girl. When Jonna Carmona-Graf, the former assistant vice president of capital planning and projects at RIOC, heard the International Day of the Girl mentioned on the morning news, she checked in on the project, venturing over to Roosevelt Island to see the progress.

“It took my breath away,” Carmona-Graf said. “I’m really proud of this one. It’s just really going to be a unique public space for all of New Yorkers and the world to enjoy.”

A spokesperson from the governor’s office said plans are still being finalized for the official opening of “The Girl Puzzle.”

“My hope is that the governor of New York will be inspired by this installation and use her considerable voice to introduce these ladies to the world,” Matthews, the artist, said. “My hope is that the people of New York City appreciate the installation … [and] that people make a pilgrimage here to venerate Nellie Bly and learn about the women for whom she advocated.”

The bronze faces have been on their own journey. Even after the initial delays, the project experienced other impacts of the pandemic, including supply chain issues, rising costs and scheduling problems. When Matthews and Connell couldn’t secure a freight company to transport the bronzes to New York, they rented a truck and a friend with a commercial license drove the statues across six states, trailed by Matthews and Connell in a van with their equipment, Matthews said.

On-site, Matthews zip-tied printed renderings of the memorial with a QR code to the website along the fence and, when she was able, shared her vision with people who stopped to chat.

Reading “Ten Days in a Mad-House,” Matthews was inspired by Bly’s empathy for the women in the asylum, she said. Certain phrases reminded her of women she knew. Why not continue Bly’s work, she thought, by bringing visibility to some of these women so rarely depicted in public sculpture?

“One of the things I’ve been told,” Matthews said, “or heard through the construction fence more than anything else, are people who walk up and say, ‘Oh my gosh, that looks like me.’ ”

That was especially true for Cutia Bacon Brown, who was the inspiration for one of the statues. “She put braids on the statue!” Brown said of Matthews, her longtime friend. “I have braids in my hair every day and the statue has braids!”

Brown has only seen the photos Matthews has texted to her, but said she can’t wait to see the final piece in New York.

“I will be immortalized, on a world stage, as a Black woman in America,” Brown said. “And how often does that happen?”

Another face was inspired by the mother of one of Matthews’s studio assistants. Mioko, a Japanese American, was 18 when she was sent to Rohwer, one of several internment camps President Franklin D. Roosevelt authorized in the United States during World War II. Having her face Roosevelt at the other end of the island was Matthews’s way to show that even though one was a president, both were people deserving of respect.

“This is really about Nellie Bly’s legacy,” Matthews said, “but her legacy is about visibility and advocacy.”

New York City Council member Ben Kallos (D), who represents the island and provided $70,000 in discretionary funding for the accessible elements of “The Girl Puzzle,” said he couldn’t wait to take his 3-year-old daughter to see the installation. It was his hope, he said, in the same way the “Fearless Girl” on Wall Street became a tourist attraction, that “The Girl Puzzle” could inspire the next generation.

“America is having a long-overdue look at systemic racism and systemic discrimination against women,” Kallos said. “And in that conversation, we are talking about our statues, our monuments, the way we remember history, and part of that is making sure that we start to recognize women for their part in history as well.”

Deora Novell has lived on the island for 43 years, since she was 7. And like many residents — if not the wider public — she has long known Bly’s story.

“It’s nice that Nellie Bly has been brought to the forefront in connection to the island,” Novell said. “There are so few monuments to women in the country that it’s beautiful there are more of them, and more opportunities to get women out there, because we’ve been there all along. It’s nice to be seen.”