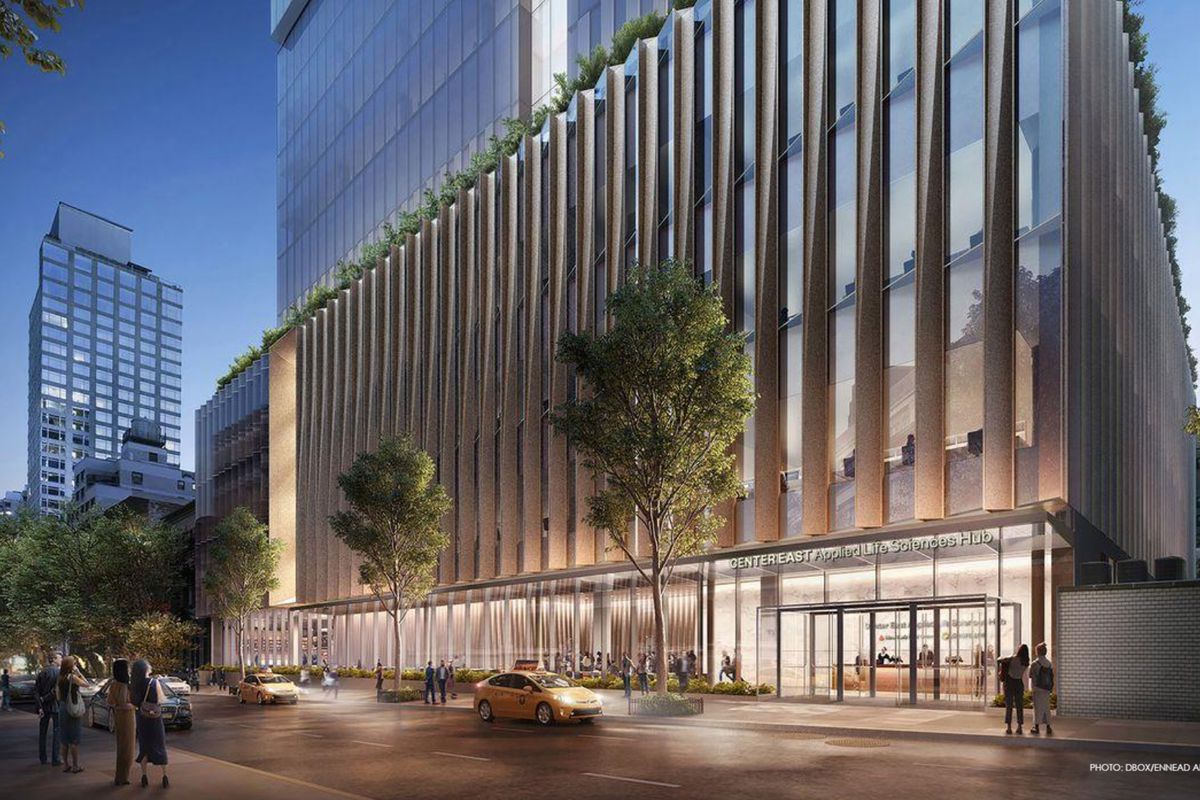 The New York Blood Center has proposed a 16-story development to replace its building on East 67th Street.

He’s proud of the work the Upper East Side center is doing to prevent HIV and treat Sickle Cell Disease — and frustrated by the cramped and archaic conditions at the four-story building, which opened as a trade school in the 1930s and was renovated in the 1960s.

The solution, said Greene, the Blood Center’s vice president for research, is for the City Council to approve a rezoning needed to pave the way for a $750 million, 16-story tower on the site to house the research operations and scores of other promising life science companies.

“We are far behind our competitors in other cities in the life sciences by leaps and bounds,” he said. “We have the highest number of researchers of any city, but we don’t have a gathering place. And without a gathering place we will never close the gap.”

But looking at the Blood Center site from across the street while standing under a banner proclaiming “Stop The Tower,” Rachel Levy of the Friends of the Upper East Side sees a threat.

The tower would deprive the Julia Richman Education Complex, which houses five public schools, of any natural light, she said. It would do the same at the St. Catherine’s Park at the end of the block during the crucial afternoon hours.

The planned building would also bring a surge in commercial traffic to the narrow block, disrupting the students at the school, residents using the neighborhood library and the park, Levy said. And the rezoning, she warned, would set a dangerous precedent by breaching strict rules that govern height and density on side streets.

“This is not just about the Upper East Side but about the character of urban neighborhoods preserving side streets for residential use,” she said.

Several controversial, high-profile rezoning bids are in the approval process as the end of the de Blasio administration nears.

But the Blood Center proposal may have sparked the most bitter standoff as its pits preserving the character of a neighborhood against the needs of a sector that could do public good while providing thousands of high-paying jobs.

For decades, city officials and leaders of the city’s hospitals and research centers have wrung their hands over the facts that hundreds of researchers are developing new drugs and therapies in their labs, but as soon as they start to commercialize their breakthroughs they leave for the suburbs or New Jersey or California.

A sign on the Julia Richman Education Complex advocates against the New York Blood Center’s plans for expansion across East 67th Street.

In 2016, the state and city offered a total of $1.1 billion in incentives to help offset the high costs of real estate and of constructing lab space in the city. In June, Mayor Bill de Blasio doubled the city’s commitment to the sector to $1 billion through 2026.

Some 990 life science companies now call New York City home, employing about 16,000 workers, according to a report released in April from the Partnership Fund for New York City, a longtime player in trying to boost the sector. The average salary is $142,000.

The city’s gains are best measured by the ratio of private investment to funds from the National Institute of Health, argues Maria Gotsch, CEO of the fund. In 2016, Massachusetts and California attracted $1.20 for every $1 of NIH money. New York State lured 6 cents.

The most recent numbers show the other two states getting a little more than $2 for every NIH dollar. New York City’s ratio jumped to 75 cents.

“We are making good progress,” she said.

‘We Want It to Succeed’

The Blood Center, which provides 80% of the blood used by city hospitals, pitches its project as crucial to the city’s ambitions in life sciences. The building would sit in the heart of an unrivaled medical hub that includes New York-Presbyterian Hospital, the Hospital for Special Surgery, Memorial Sloan Kettering and Rockefeller University.

The Blood Center has teamed with Longfellow, a Boston-based company that has developed 5 million square feet of life sciences space around the country, and has another 7 million in the pipeline.

The non-profit Blood Center, with a budget of nearly $500 million a year, would essentially get the one-third of the tower it will occupy for free while Longfellow makes its money by renting the rest of the space to life sciences operations. In addition to boosting research at the Blood Center, supporters say the building would create a hub spurring scientific collaboration on an unprecedented scale for New York.

“The opponents never talk about the future of the Blood Center, the life sciences and the future of the city,” said Jamie Peschel, co-founder and senior partner at Longfellow. “To them it is about maintaining the present and the past.”

Opponents reject that characterization. The community would support changes that would allow the Blood Center to build a modern facility that would meet its needs — including a building that provided the large floor plates the center insists are needed as long as the for-profit tower was scrapped, Levy said.

“Nobody in the community is against the Blood Center,” Levy insisted. “We want it to succeed and expand on the site, which it can do without disrupting the zoning.” 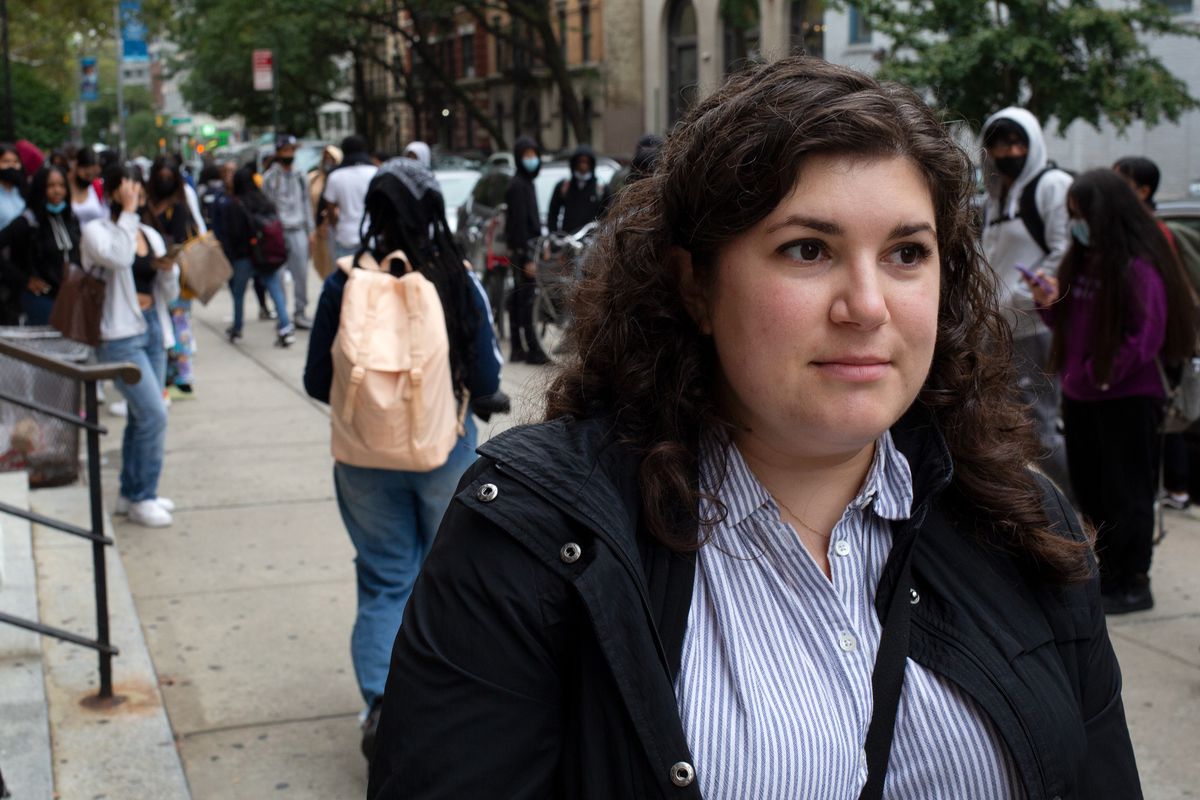 Rachel Levy of the Friends of the Upper East Side

Opponents also contend that with so much vacant space available in the city there must be buildings that could be repurposed for the Blood Center.

The center officials say none of that is possible: Every other site mentioned as alternatives simply doesn’t meet its needs. It can’t afford to build without a partner, Green insists, because it barely breaks even in many years and the Blood Center’s $350 million endowment, used to support research and its sometimes money-losing blood operations, cannot be used for new construction.

Both sides have amassed broad coalitions. The Blood Center, which has agreed to project will be built with union labor, is backed by groups trying to diversify New York’s tech workforce and Laborers Local 79.

‘Disdainful of the Community’

The Coalition to Stop the Tower includes numerous neighborhood and preservation groups like Civitas NYC. In addition to Kallos, U.S. Rep. Carolyn Maloney has joined the opposition.

In an interview with THE CITY last week, Kallos, who is term-limited and leaves the Council at the end of the year, said the Blood Center has rejected a series of options he had suggested. He contends what the zoning deal would give the Center, in essence, amounts to a large subsidy he disparaged as “minting money.”

He defended his stance, noting he does not accept campaign contributions from real estate interests.

“Everywhere else in New York City, Council members take money from developers,” he said. “The elected officials say, ‘I have concerns,’ the elected official cuts a backroom deal and a development gets built and the community gets some infrastructure they should have gotten anyway.” 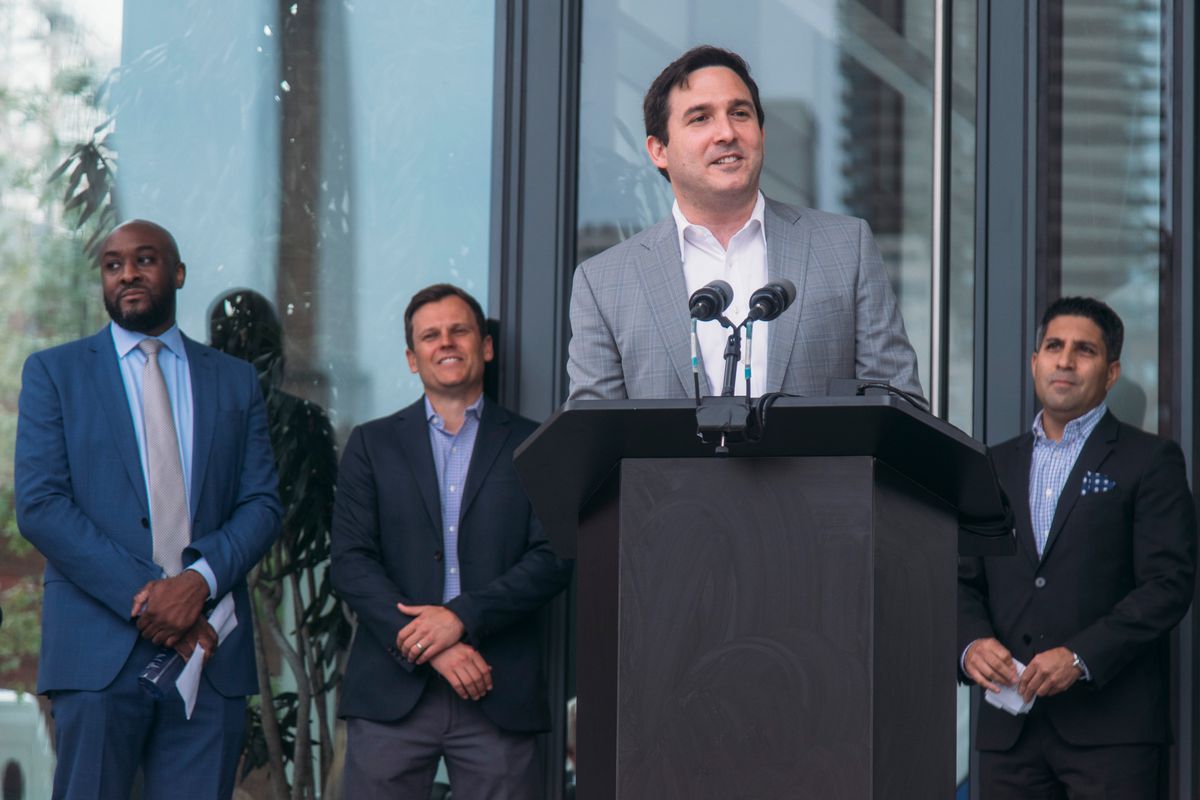 Council insiders say that attitude has sparked a backlash in the Council, which is considering the proposal despite Kallos’ opposition.

The Blood Center says it is continuing constructive conversations about possible compromises to win approval. A hearing in the Council is set for later this month, following a 6-2 vote last month by the City Planning Commission to approve the plan and send it on to the Council.

Winning approval will not be easy. In the eight years de Blasio has been mayor, not a single project has been approved over the objection of the local member.

In any event, the scars will remain.

“The Blood Center’s actions demonstrate they don’t particularly care about community concerns,” said Elizabeth Rose, a Coalition to the Stop the Tower member who also serves on the local community board. “It is quite disdainful of the community.”