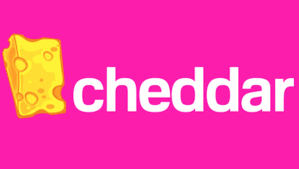 The City Council approved the declaration, which called for “an immediate emergency mobilization to restore a safe climate,” on Wednesday, less than two months after it was first introduced.

“This says that we believe there is a climate emergency and we need to mobilize on a level not seen since World War II to do something about it across every industry,” Council Member Ben Kallos, who sponsored the resolution, told Cheddar on Friday.

The bill cited several reports that underscored the urgency of the matter, such as the United Nations International Panel on Climate Change’s assessment that called for an “unprecedented transformation” of the economy over the next 12 year to avoid a climate catastrophe.

Other reports included the National Aeronautics and Space Administration’s conclusion that the past five years have been the hottest in modern history and the World Wildlife Fund’s 2018 Living Planet report, which found that the global wildlife population has declined by 60 percent in the last 40 years due to human activity.

“The increased and intensifying wildfires, floods, rising seas, diseases, droughts and extreme weather brought on by global warming demonstrates that the Earth is too hot to be a safe environment,” the resolution states.

The emergency declaration from the largest city in the U.S. also marked a major victory for climate activists that have long been pushing for government action.

“Today the NYC Council made the bold, necessary step of declaring a climate emergency, because the future of our city is in jeopardy,” Council member Costa Constantinides, who was a co-sponsor of the legislation, said on Twitter.

New York City follows several other U.S. city governments that have declared a climate emergency — most notably San Francisco, which proclaimed in March that climate change is a crisis “that presents a serious threat to global stability and human existence.” Other cities include Hoboken, New Jersey and Santa Cruz, California.

Los Angeles, the second largest city in the nation, is also on the verge of creating a Climate Emergency Mobilization Department, which would oversee a citywide effort to combat the issue. The agency was first proposed in April 2018 following the deadliest wildfires in California’s modern history. LA’s City Council is scheduled for a final vote on July 3.

On the national level, the United Kingdom in May became the first country in the world to declare an environmental and climate emergency.

New York City’s declaration called on the city to “act as a global leader” by quickly and systematically transitioning to an environmentally sound economy fueled by renewable energy sources.

“Here in New York City, we recognize our climate crisis for what it is ー an emergency ー and also that what matters most is not words, but action,” Daniel A. Zarrilli, the chief climate policy advisor to Mayor Bill de Blasio, said in a statement. “By taking action now, we are building a strong and fair city for all New Yorkers.”

The declaration comes just two months after the city implemented a new regulation that would require large buildings, like the Empire State Building, to reduce their greenhouse gas emissions 40 percent by 2030 or face heavy fines.

Kallos also slammed President Trump for denying climate change, telling Cheddar that New York City’s emergency declaration is a “direct response to a failure in leadership in our president and in the federal government.”

“We are hoping that if every jurisdiction around the country and around the planet says ‘nope, climate change is real,’ that will change the narrative and folks will finally have to come to terms with reality,” Kallos added. “When things are going wrong up top, we try to mobilize from the bottom.”